Nicola Coughlan named one of Vogue's Best Dressed Women of 2021

Nicola Coughlan, the Irish star of 'Derry Girls' and 'Bridgerton,' is closing 2021 on a high note thanks to an "insane" honor from Vogue. 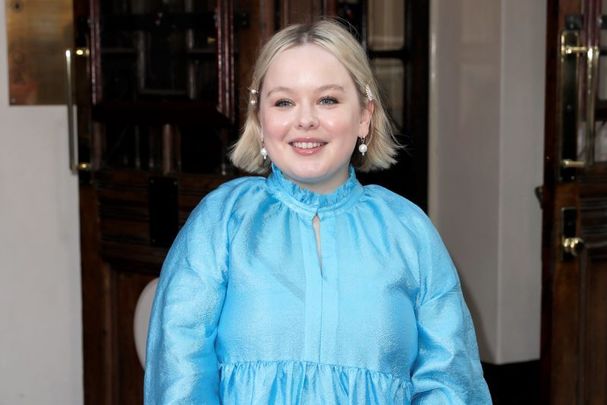 The outgoing year was mega for Nicola Coughlan, and 2021 couldn’t have ended on a better note thanks to some serious fashion recognition from Vogue, which named the Galway-born star as one of the 12 best dressed women of the year.

Yep, the global style bible gave Coughlan a gold star. She “stole our hearts,”…and “the always cheerful-star has carved out herself a niche in whimsical dresses from London’s finest,” Vogue said.

Coughlan, 34, is in very good company. Among the other best dressed are Lady Gaga, Angelina Jolie, Zendaya, Kate Moss, and Zoe Kravitz.

The red carpet is going to be seeing lots of Nicola in the coming months.  The second season of her megahit Netflix series Bridgerton will drop on Friday, March 25, and no doubt the fanfare beforehand will be significant.

Then, of course, there’s Nicola’s homegrown comedy series Derry Girls, beloved the world over for its hilarious take on a group of Northern Irish Catholic teens (and a British guy) navigating life and strife in The Troubles in Derry during the 1990s. The third and final series just wrapped filming and will air in 2022, though no date has been announced.

So Nicola’s got it all going on in the New Year, and good for her. Vogue tagging her as a style icon really made her happy - "this is an insane honour," she wrote on Instagram.

Coughlan's also got a podcast called Whistle Through the Shamrocks that’s making waves. Give it a Google – the latest episode features a number of her Derry Girls co-stars.

If you’re sad about Derry Girls ending, may I interest you in a podcast featuring 5 of the Derry Girls cast including;
Orla, Ciaran -Wee Docket Man, Dennis from the shop, One of the Protestants & the wee Lesbian