Irish actress Nicola Coughlan has been named amongst this year's Rising Young Stars by The Hollywood Reporter. 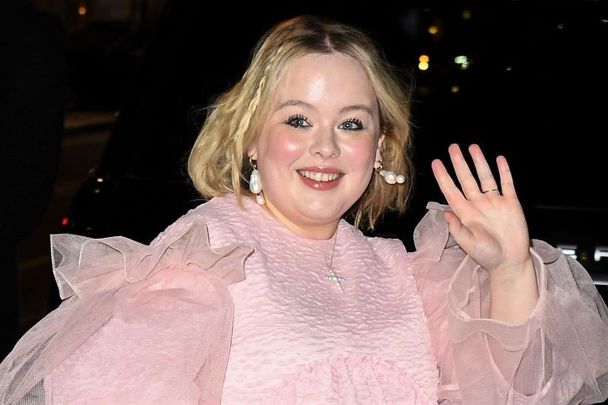 The Hollywood Reporter revealed its Rising Young Stars for 2021, and unsurprisingly, Irish actress Nicola Coughlan, of Derry Girls and Bridgerton fame, made the list.

Galway-born and raised, Nicola had quite a breakout year thanks to the wildly successful period drama Bridgerton on Netflix, and Derry Girls, of course, the massive comedy hit set in 1990s Northern Ireland that’s currently filming its last season.

Nicola plays one of the Featherington daughters on Bridgerton, though she says her drama teachers always told her that she’d never get cast as someone from long gone by days.

“I was told, categorically, I would never do period drama,” Coughlan told THR. “They told me, ‘Your face is too modern.’ I have no idea to this day what that means.”

So honoured/excited/ in disbelief to be part of The Hollywood Reporter Next Gen Talent List 2021!!

Pinching myself that I’m alongside 15 other incredible actors who I admire so greatly, thank you @THR this is a dream come true ✨ pic.twitter.com/Zuvw1v7qAH

Nicola’s career has really taken off – she’s just debuted her Apple podcast, Whistle Through the Shamrocks, featuring some of her co-stars – and clearly the sky is the limit for the 34-year-old who describes herself as a “Small Irish Acting Person” in her Instagram profile.

Episode One is out now!!

Written and created by me and Camilla Whitehill, with the most ridiculously star studded cast you could imagine

THR asked Nicola a few quick questions, and here are her responses: She’s dying to work with Judi Dench, her pandemic binge-watch was Euphoria, she’d love to live in a world set during the time of the film Romy and Michele’s High School Reunion, and the social cause she feels most passionate about is “LGBTQ rights. I play a gay character in Derry Girls and I realized the responsibility of taking that on at a time when, in Northern Ireland, gay marriage still wasn’t legal.”