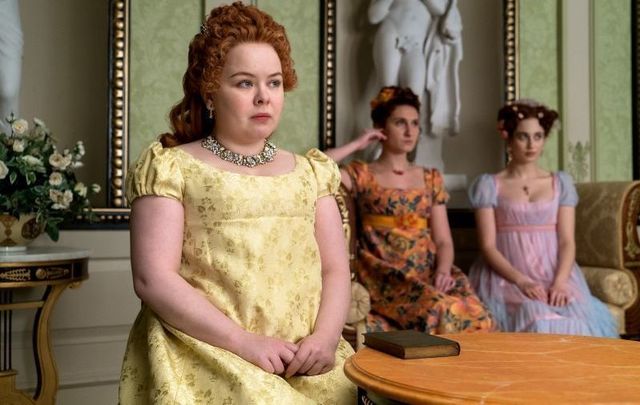 Nicola Coughlan as Penelope Featherington in Bridgerton, which was the most-viewed title on Netflix in 2021. Liam Daniel / Netflix 2020

The CEO of Netflix has revealed the streaming giant’s most-watched series and films and everyone's favorite television show Bridgerton has topped the list.

Bridgerton has captured the attention of fans all over the globe since being released on Netflix on Christmas Day, December 2020, and recent figures released by the company disclosed just how popular the tv show really is.

The data was broken down into both the number of accounts that watched in the first 28 days of the series or movie being on the streaming platform and the numbers of hours that they were watched in that timeframe.

Bridgerton, starring Irish actress and Derry Girls star Nicola Coughlan, placed number one on the list reaching an incredible total of 82 million accounts (for a span of at least two minutes) in the first four weeks that it was available, and for a total duration of 625 million hours watched.

The fourth installment of Money Heist hit 619 million, followed by the third season of Stranger Things with 582 million hours of viewing. Bird Box led its list for most popular films based on the metric, with 282 million hours viewed. Extraction took second place with 231 million hours viewed, while The Irishman placed third with 215 million viewing hours.

The reveal of viewership figures was a surprise moment for a company that has always kept data close to the chest. According to entertainment site Deadline, Sarandos said at the conference that, "we’re trying to be more transparent with talent, with the market,” but that Netflix information is still "a big black box, mostly.”

Based on Julia Quinn’s best-selling series of novels, Bridgerton is set in the lavish and competitive world of Regency London high society. The series unveils a seductive world filled with intricate rules and dramatic power struggles, where no one is truly ever on steady ground.

At the heart of the show is the powerful Bridgerton family. Comprised of eight close-knit siblings, this funny, witty, daring, and clever group must navigate the search for romance, adventure, and love.

The first season of the show focused on Daphne Bridgerton and her love story with the Duke of Hastings, while the next season will now put the spotlight on her brother, Anthony Bridgerton.

Following the conference in Beverly Hills, Netflix shared a sneak peek of Bridgerton: Season 2 which is expected to be released in 2022.