Derry Girls has wrapped filming for its third and final season and while the cast and crew say goodbye, fans can get a sneak peek in a new teaser trailer. 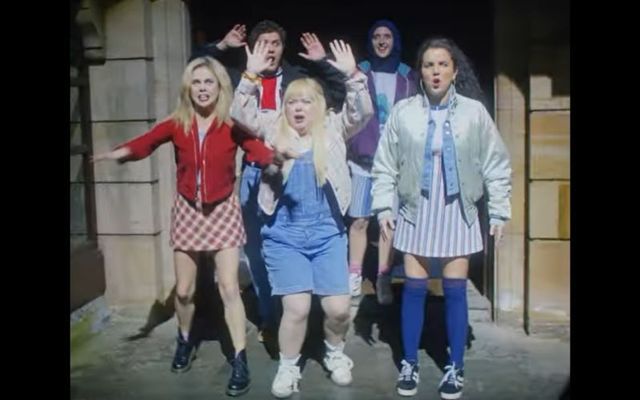 The third and final season of Derry Girls will air in 2022. Channel 4, YouTube

McGee shared the Derry Girls sneak peek with her Twitter followers on December 24:

If you have a problem . If no one else can solve it…DO NOT call the Derry Girls. Sneak peek from series 3 for Christmas. #DerryGirlshttps://t.co/54hFEVD0ZV

In the teaser trailer, t looks like the Derry Girls gang - Erin, Clare, Michelle, Orla, and the wee English fella James - are still up to their old tricks in the quick clip that sees police descending upon the group.

“This is a setup!,” Erin Quinn, played by Saoirse-Monica Jackson, shouts at the police in the teaser.

“You have my full cooperation, sir!” a near-hysterical Clare Devlin, played by Nicola Coughlan, shrieks.

Sadly, season three will be the final installment in the smash-hit Derry Girls series. Filming wrapped up this week, and the show's cast and crew took to Twitter to say their goodbyes.

Lisa McGee, herself a native of Derry and the creator of the beloved series, shared a selfie with the caption "last day of school."

Nicola Coughlan said Derry Girls has "been quite a ride."

Goodbye Derry Girls, it’s been quite a ride 🌈 pic.twitter.com/iQsWo43A8d

Goodbye you mad woman. You’ve changed my life. I know you’d hate to hear this, but I love you. #DerryGirls #srmichaelforever pic.twitter.com/L8U096TyFP

Channel 4 says Derry Girls is the creation of acclaimed writer Lisa McGee who has mined her own experiences to create a candid, one-of-a-kind, family-centered comedy.

While series one saw the gang navigating their teens in 1990s Derry against a backdrop of The Troubles, series two saw them navigating their parents, parties, love interests, and school against the backdrop of a precarious peace process. Northern Ireland is growing up - this gang of eejits certainly aren't anytime soon.

We can't wait to see what series three, which airs in 2022, though we'll be sad to see the show come to an end!