Catherine Corless is being honored with the 2021 Irish Red Cross Lifetime Achievement Award for her work at the Tuam Mother and Baby Home. 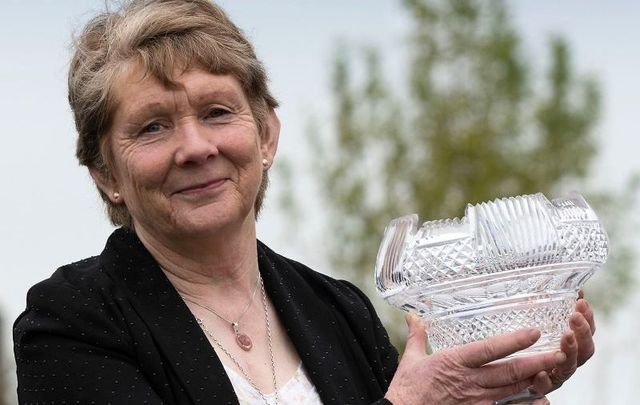 Catherine Corless, who was instrumental in discovering the death and burial of hundreds of children at the Tuam Mother and Baby Home, has been honored with the Irish Red Cross Lifetime Achievement Award, as the shortlist for the Irish Red Cross Humanitarian Awards 2021 were announced.

Delighted to announce Catherine Corless as the IRC Humanitarian Awards Lifetime Achievement winner for her work to uncover the true history behind the deaths and burial of hundreds of children at the Bon Secours Mother and Baby Home in Tuam. pic.twitter.com/HAkSuqIe30

Corless became a national and international figure following her extraordinary research work on the Tuam institution, which led to the discovery of the death and burial of hundreds of children, and her ongoing advocacy for survivors and relatives of those who inhabited the institution.

Corless grew up beside the institution and went to school with some of the children who lived there. After doing a local history course at NUI Maynooth, she became interested in its history.

She published her initial shocking revelations about the death and burial of hundreds of children on the site in the Journal of Old Tuam Society. At the time, it received little interest – locally or nationally – spurring Corless to intensify her research and advocacy work. Her research resulted in the establishment of the Commission of Investigation into Mother and Baby Homes.

Commenting on the special award, Catrina Sheridan, Secretary-General of the Irish Red Cross, said “The inspiring work by Catherine Corless to uncover the true history behind the deaths of children at the Bon Secours Mother and Baby Home in Tuam and her continued dedication to seeing that these children receive the respectful burial they deserve is a vitally important and ongoing contribution to Irish society that serves as a powerful example to all of us.

"The International Red Cross Red Crescent Movement strives to provide assistance to those most in need, without discrimination, to those at risk, and her unwavering efforts align with our core value of alleviating suffering wherever it may be found.”

The prestigious annual Irish Red Cross Humanitarian Awards honor nominated finalists across six categories. The awards recognize those who have had a humanitarian impact on the lives of others through volunteering, storytelling, skill-sharing, or fundraising and highlight the efforts of those who have given a voice to humanitarian issues. The work of the Irish Red Cross in Ireland, which was established in 1939, helps the most vulnerable people in Irish society.

The shortlist of finalists for the 2021 awards, which have just been announced ahead of the live award ceremony on Sunday 28th November, are the following:

Pat Carey, Chair of the Irish Red Cross said: “It is important that we honour and recognise the crucial work that is being done by humanitarians and their ongoing contribution to Irish society, which serves as a powerful example to all of us.

"The Irish Red Cross Humanitarian Awards aim to celebrate these people and organisations, and highlight the amazing work that they do. These awards are the highest honour given by the Irish Red Cross, in recognition of those who have dedicated their lives to exceptional humanitarian endeavours.”

Paralympic gold medal winner Jason Smyth will give the keynote speech at the Irish Red Cross Humanitarian Awards ceremony in Dublin’s Smock Alley on Sunday, November 28 where all award winners will be announced and Lifetime Achievement Award winner Catherine Corless will be honored in person.