The remains of 796 babies and young children at the Bon Secours Mother and Baby Home in Tuam have yet to be exhumed. 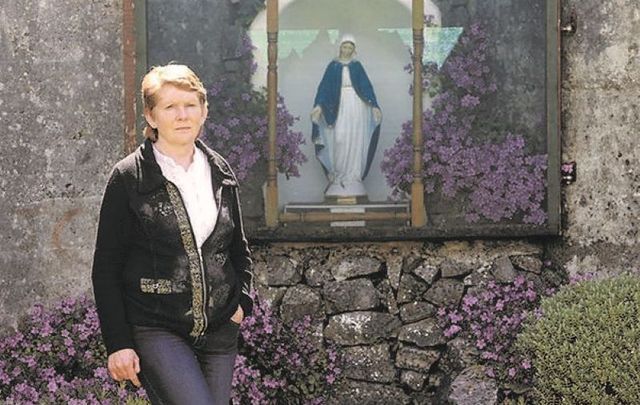 An Irish historian and activist whose research uncovered the bodies of 796 babies and young children buried in a sewage tank at the Tuam Mother and Baby Home has blasted Government inaction over the exhumation of their remains.

Catherine Corless, who exposed the scandal at the Bon Secours Mother and Baby Home in Tuam, told the Dáil's Children Committee on Wednesday that she was "naive" to believe that the bodies would be exhumed after they were discovered.

Corless told the Committee of her "dismay" that the Tuam site was returned to its original condition following her discovery and that the remains were not exhumed after her research came to light.

Her research revealed that 796 babies and young children were "indecently buried in a defunct sewage system" in Tuam between 1925 and 1961.

"I naively thought then that my work was done. Now sure that there would be immediate action by the State, Church and Galway County Council to do the right thing and exhume the babies from the sewage site," she told the Committee.

"Within a month, to my dismay, the Tuam home tragedy fell silent. The site was restored to its original condition.

"Can you imagine the pain that this caused to the families of those in that sewage tank? What would your reaction be if you had a baby, brothers and sisters within those infested chambers?" Corless asked the Children's Committee.

The Children's Committee heard from a number of experts and activists as it scrutinizes the Industrial Burials Bill, which will enable an agency to oversee the exhumation of remains at mother and baby homes around Ireland.

TDs and Senators heard that a team of archaeologists had found "17 chambers of sewage filled with the remains of infants, older babies and children up to four years discarded without coffins one on top of the other."

Corless told the Committee that nothing was done to exhume the bodies despite statements of "shock and horror" from the Government and the President when the discovery was made in March 2017.

She called for a DNA database to be set up to identify children buried at the site.

"The babies’ remains are in an excellent condition and, although mingled because of seeping rainfall, have little sign of erosion or fragmentation, including even delicate infant skull bones.

"DNA testing should also search for evidence as we see in the death report that there is evidence of starvation and look for any possible evidence in the little remains."

Campaigners want coroners to investigate the burials of up to 9,000 babies and young children after the Commission of Investigation into Mother and Baby Homes stated in January that 9,000 babies died in 14 mother and baby homes and four state institutions between 1922 and 1998.

The Commission's report found that infant mortality in the homes was almost twice the national average and detailed shocking instances of emotional abuse and misogyny. The report also found that roughly 15% of children who entered the institutions died.

Susan Lohan, an activist and mother and baby home survivor, told the Children's Committee that the Industrial Burials Bill "fails to deliver on truth mothers, children, survivors, and families".

"It operates on the basis that the deaths are a fait accompli, requiring neither investigation, explanation, accountability nor compensation," Lohan said.

She called for investigations into deaths at each of the homes to take place as quickly as possible.