Relatives of the Ballymurphy Massacre victims have taken issue with Boris Johnson apologizing for the investigation rather than the deaths. 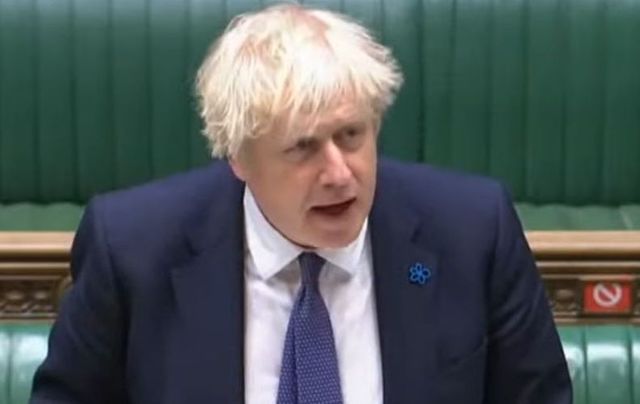 May 19, 2021: UK Prime Minister offering an apology for the Ballymurphy Massacre investigation in the UK House of Commons. UK Parliament, YouTube

UK Prime Minister Boris Johnson has today, May 19, issued a public apology for the investigation surrounding the 1971 Ballymurphy Massacre in Belfast.

“On behalf of successive governments and to put on record in this House, I would like to say sorry to their families for how the investigations were handled and for the pain they’ve endured since their campaign began almost five decades ago.

“No apology, Mr. Speaker, can lessen their lasting pain. I hope they may take some comfort in the answers they have secured and in knowing that this has renewed the Government’s determination to ensure in future that other families can find answers with less distress and delay.”

Relatives of the Ballymurphy Massacre victims, however, have dismissed Johnson's remarks today, noting that they did not receive notice from Downing Street and that Johnson apologized for the investigation as opposed to deaths at the hands of British troops.

Mary Kate Quinn, whose uncle John Laverty was killed in Ballymurphy, said on Twitter: "Yet again, this was not an apology."

The Ballymurphy Massacre families were not informed that @BorisJohnson was making a statement today in the House of Commons. We found out from journalists. Yet again, that was not an apology. Boris did not apologise for the killings of our loved ones.

McKeown said: "I don't accept his apology. I never asked him for an apology," adding, "He has not apologized for anything.

"He says he hopes we got answers. We didn't get any answers. I actually got more questions than answers last Tuesday."

McKeown said she would meet with Boris Johnson on one condition: "That Boris Johnson is going to tell me that there's going to be a proper investigation into my daddy's death, that he is going to find out why and who shot my daddy."

She continued: "I need to know the answers to that before. And if he's coming to meet me and give me those answers and to give me the closure and the justice and the investigation that we need and deserve, then I will meet him."

McKeown added: "I mean, it took us 50 years to get an inquest. The pain and hurt that he's causing us from last week to this week is unbelievable."

Pádraig Ó Muirigh, a solicitor for the victims’ families, also noted how Johnson only apologized for how the investigation was handled but did not comment on the use of lethal force.

The British PM apologises for how ‘the investigation was handled’. Still no mention of the Regiment involved and no comment on its use of lethal force on 10 innocent civilians. Families also not consulted on the content of the apology or given prior notification of this speech!🤷‍♂️ https://t.co/FS34A5F2uS

Johnson’s apology in the House of Commons today comes more than a week after Justice Siobhan Keegan said on May 11 that all of the ten victims of the 1971 Ballymurphy Massacre in Belfast were “entirely innocent” and that their killings at the hands of British troops were “unjustified.”

While the Ballymurphy victims’ families welcomed the long-awaited findings, they quickly moved to call for an official apology from Prime Minister Boris Johnson.

On May 12, Johnson engaged in a phone call with Northern Ireland’s First Minister Arlene Foster and Deputy First Minister Michelle O’Neill where he “apologized unreservedly.” Minister O’Neill said she put it to Johnson to apologize directly to the victims’ families.

The following day, the Ballymurphy victims' relatives received a letter issued by the Prime Minister, reportedly via email and just before Northern Ireland's Secretary of State issued an apology in the House of Commons.

The victims' families slammed the apologies, labeling them as "disgraceful."