While Boris Johnson "apologised unreservedly" to leaders in Northern Ireland on Wednesday, calls continue for him to apologize to the Ballymurphy Massacre families. 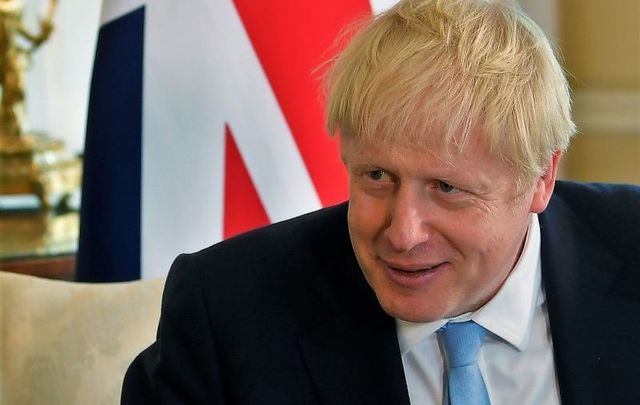 UK Prime Minister Boris Johnson has apologized “unreservedly” after an inquest into the 1971 Ballymurphy Massacre found that all ten victims who were shot and killed by British paratroopers in Belfast were "entirely innocent."

In a statement issued on May 12, Downing Street said that Johnson told the Northern Ireland leaders in a phone call that the conclusions of the Ballymurphy Inquest "were deeply sad and that the events of August 1971 were tragic."

The statement continued: “The Prime Minister apologised unreservedly on behalf of the UK Government for the events that took place in Ballymurphy and the huge anguish that the lengthy pursuit of truth has caused the families of those killed.

“The Prime Minister restated the Government’s intention to deliver a way forward in Northern Ireland that focuses on reconciliation, delivers for victims of the Troubles, and ends the cycle of investigations.

"He stressed the importance of working hard to keep the gains made through the Belfast/Good Friday Agreement and of all parties doing their utmost to help the victims’ families find out what happened to their loved ones, so that future generations are not burdened by the past."

Notably, Wednesday's statement was not published on any of Downing Street or Boris Johnson’s social media.

What about the Ballymurphy Massacre victims' families?

After the call on Wednesday, Michelle O’Neill, who is also the Vice President of Sinn Féin, said that she told Johnson that he should apologize to the Ballymurphy Massacre victims’ families:

I spoke to @BorisJohnson & put to him that he should apologise to the families of those killed in Ballymurphy by British state forces. After 50 years of cover-up and lies they have been vindicated & their innocence declared. Attempts to deny access to justice reprehensible.

Similarly, MP Colum Eastwood, leader of the SDLP, said Johnson "has a duty" to apologize to the Ballymurphy families.

Boris Johnson has a duty to apologise to the Ballymurphy families. Saying sorry to Arlene Foster and Michelle O'Neill is, frankly, ridiculous.

The day prior to Johnson's call with O'Neill and Foster, Alliance Party leader Naomi Long, who is also Northern Ireland's Minister for Justice, said: "We saw how much a similar apology in relation to Bloody Sunday meant to the families there, and I encourage the government to acknowledge the courage of the Ballymurphy families with a similar statement.”

While the Prime Minister offered an apology on Wednesday, questions and concerns remain regarding how the British government will handle legacy issues stemming from The Troubles.

At roughly the same time that Justice Keegan was delivering her findings on May 11, the Queen's Speech outlined the UK Government's legislative programme for Northern Ireland and said: “Measures will be brought forward to strengthen the devolved Government in Northern Ireland and address the legacy of the past.”

Government papers accompanying the Queen's Speech said: “It is clear that the current system for dealing with the legacy of the past is not working well for anybody, with criminal investigations increasingly unlikely to deliver successful criminal justice outcomes, and failing to obtain answers for a majority of victims and families.

“This package will deliver on the commitments to Northern Ireland veterans, giving them the protections they deserve as part of a wider package to address legacy issues in Northern Ireland.

"Dealing with the legacy of the past in Northern Ireland must address the needs of victims and veterans together. The government will work with all relevant stakeholders, including the parties in Northern Ireland and Westminster, the Irish Government, and civil society, including victims’ groups, as part of this process.”

Responding to the Queen’s Speech, Brandon Lewis, the Secretary of State for Northern Ireland, said in part on May 11: “We will address the legacy of the Troubles in a way that helps society in Northern Ireland to look forward rather than look back, while delivering our manifesto commitment to veterans who served in NI.

“Our objective is to find a way forward that promotes reconciliation and focuses on information recovery, finding answers for families who already waited far too long to learn the truth of what happened to their loved ones.”

However, also responding to the Queen's Speech on Tuesday, Michelle O'Neill said: "As the findings from the inquest were being read, the British government was announcing its plans to legislate to cover up its role in the conflict and to put current and former British soldiers beyond justice and the law.

"British state forces cannot be above the law. We must deal with the past, including the British state's role, and the Stormont House Agreement must be implemented immediately."

Colum Eastwood similarly said on Tuesday: “Today, the British Government is seeking to make it more difficult for families to secure the truth about what happened to their loved ones.

"The experience of the Ballymurphy families, and all those who have experienced loss, should remind us to be vigilant against those efforts to deny truth and accountability.”