Hear the Ballymurphy Massacre victims' families speak about the inquest's findings during a live, virtual webinar on Saturday, May 15. 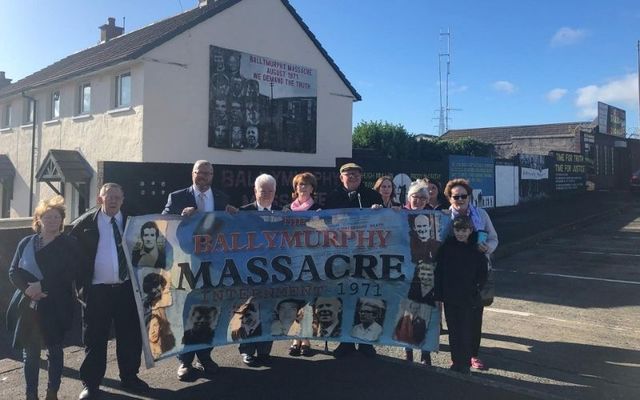 The AOH has welcomed Justice Siobhan Keegan's findings that the ten Ballymurphy Massacre victims were innocent when they were killed in August, 1971.

In the wake of the inquest's findings, the AOH is hosting a special webinar on Saturday, May 15 at 11 am EST / 4 PM Irish time via Zoom and YouTube.

John Teggart will be joined by other Ballymurphy Massacre victims' relatives Briege Voyle and Carmel Quinn, as well as solicitor Paddy Murray. The AOH will be joined by Irish leaders from across the United States.

Registration for the Zoom webinar is available here, and you can also tune in via YouTube on Saturday here:

Reacting to Justice Keegan's verdict, the AOH, the largest Irish American organization in the US, says that the findings have vindicated the victims of the Ballymurphy Massacre as being totally innocent while also revealing shocking details of the British Army's attempts to coverup the incident and violations by the British Government under Article 2 of the European Convention on Human Rights (ECHR).

The following statement was issued by AOH National President Daniel O'Connell after the findings were released on May 11:

After 18,171 days, almost half a century, today's verdict by Mrs. Justice Keegan not only confirmed that the ten victims of Britain's Ballymurphy Massacre were totally innocent but indicts the British who branded them guilty. The verdict clearly demonstrates Britain's real reason for announcing plans for a soldiers' amnesty or cut-off of historical investigations because the crown wants to bury the truth along with its victims.

In the release of today's coroner report on Ballymurphy, Mrs. Justice Keegan delivered her finding that all the victims were unarmed and entirely innocent. Justice Keegan's report confirms that the events in Ballymurphy were the textbook definition of a massacre.

The verdict by Mrs. Justice Keegan amply demonstrates Britain's real motivation for announcing plans for a soldier’s amnesty: the planting of evidence on the bodies of innocent victims, of collusion between the British Soldiers in hampering the investigation and inquest, of substantial failures and violations by the British Government under Article 2 of the European Convention on Human Rights (ECHR).

It should not be forgotten that five months later that members of the same regiment, and highly likely the same soldiers, were involved in the massacre of Bloody Sunday, the seminal moment of the conflict known as The Troubles. A prior British court had found that the fourteen men killed during Bloody Sunday were also entirely innocent and documented the same egregious pattern of conspiracy and collusion by the British Army and Government to suppress the truth at the price of the victims and their families.

The Ancient Order of Hibernians (AOH) cannot help but wonder how many lives could have been saved in "the Troubles" if Britain had acted responsibly and with justice at Ballymurphy.

The AOH commends the courage of Mrs. Justice Keegan in delivering her verdict. To the families of the Ballymurphy victims, we salute your strength, faithfulness, and resilience as you fought a fight for justice for your relatives, a justice that should have been theirs as a birthright without the need of a half-century campaign. The AOH has and will continue to stand with you.

At the same time, the AOH cannot help but note that as Mrs. Justice Keegan was delivering her verdict, simultaneously, the Queen's speech signaled the British Government's renewed attempts to evade accountability for its acts in the north of Ireland by announcing plans to legislate an amnesty for its soldiers and to unilaterally break its Stormont House Agreement pledge of a Historical Investigations Unit.

Having delayed justice for over half a century, the current British Government amnesty now seeks to deny it. To do so, they are cynically taking the scoundrel's last refuge in patriotism by representing the prosecution of murderers as the persecutions of aging British soldiers while ignoring that young children who lost mothers, fathers, and brothers have themselves become grandparents while pursuing justice for their loved ones.  It is hard to buy the specious arguments of the British Government that the reaching of old age by the perpetrators of murder should be rewarded by prosecutors similarly to the Queen sending a telegram to a couple on their Diamond Anniversary.

Morally, the United States cannot ignore human rights violations and the creation of a class above the law by Britain when similar acts have brought condemnation and sanction when perpetrated by an African or Asian state. The United States must not participate in what former Irish Ambassador to the U.S. Séan Ó hUigínn described as Britain's "Irish anomaly"; "Something that would be taken very seriously in another context can be disregarded if it comes with an Irish label." The United States cannot let the mythos of a "Special Relationship" turn it into an accomplice in injustice." 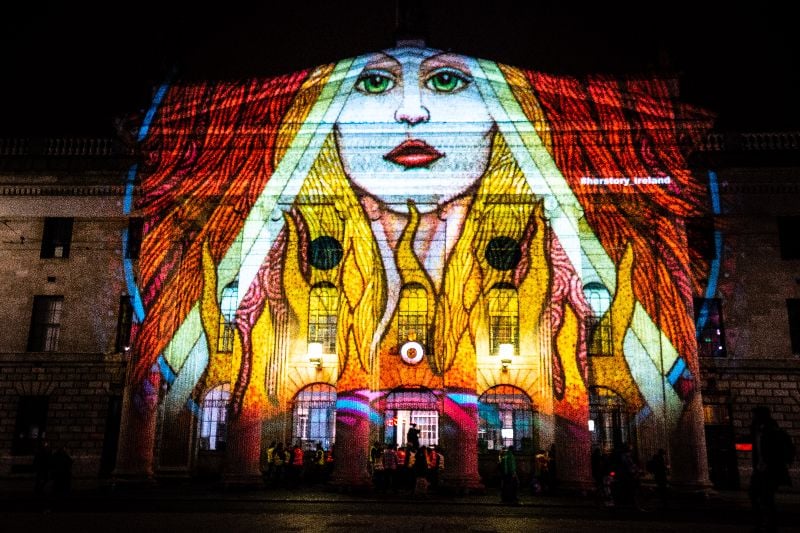