The Ancient Order of Hibernians (AOH) pledges their support to the families of the Ballymurphy Massacre victims. 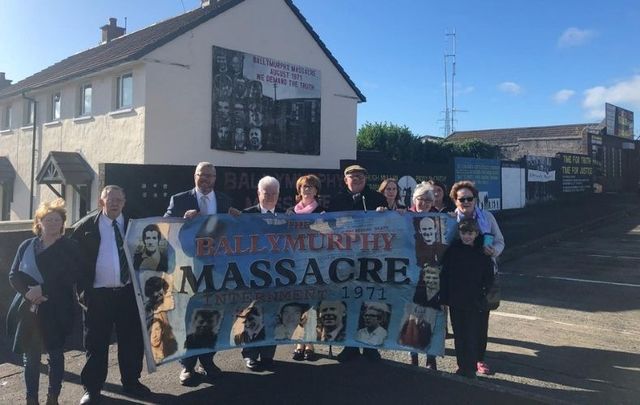 The Ancient Order of Hibernians (AOH), America’s oldest and largest Irish Catholic organization, has welcomed the announcement by Justice Keegan that she will publish her findings of the Ballymurphy Massacre inquests on May 11.

The AOH’s National Freedom for All Ireland Chairman Martin Galvin said in a statement: “The Ballymurphy Massacre is a fundamental test of Britain's ability to give legacy justice.

"If victims cannot get justice where 11 people, including a Catholic priest and mother of eight children were killed by British troops, how can we expect justice in any killings or collusion murders where British forces were involved?

“Since August 1971, the Ballymurphy Massacre families maintained that 11 people, including Catholic priest Father Hugh Mullan, and mother of eight children Joan Connolly, were murdered over a three-day period.

"While the inquest will make findings about the 10 victims who were shot, an 11th victim, Paddy McCarthy, died of a heart attack caused by being brutalized.

“The British whitewashed these murders by rubberstamping the killings and then smearing the victims. These families have fought to have their loved ones exonerated by an inquest with eyewitnesses and cross-examination of anyone claiming these killings were justified. They have suffered repeated delays, jibes about ‘innocent victims’ from DUP head Arlene Foster, and the deliberate cutoff of inquest funding.

“These courageous families have overcome every roadblock and now at last hope to get the justice and truth they have been so long denied. The AOH and stands behind these families in their courageous battle for justice.

“The AOH will be watching the verdict closely and studying what the verdict says about British troops and British justice.”