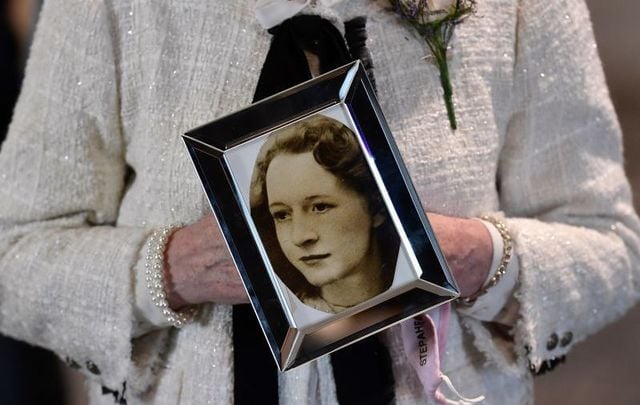 May 11, 2021: A relative of Joan Connolly holds a photograph of Joan after the findings of the Ballymurphy Inquest were revealed at the Waterfront Hall in Belfast, declaring all ten victims innocent. Getty Images

UK Prime Minister Boris Johnson and Northern Ireland Secretary of State Brandon Lewis have both issued apologies to the families of the Ballymurphy Massacre victims, apologies that the families have slammed as "disgraceful."

Today, May 13, two days after the ten victims of the 1971 Ballymurphy Massacre in Belfast were declared "entirely innocent," copies of Prime Minister Boris Johnson's brief letter to the families of the victims began to circulate online.

In a tweet on Thursday, Pádraig Ó Muirigh, a solicitor for the victims’ families, shared a copy of the Prime Minister’s "cack-handed apology" that he said he received by email.

I was e-mailed this cack-handed apology from the British PM this morning. His inept handling of this is another example of contemptuous treatment of Ballymurphy families. No mention of the Regiment involved or their right to justice, only reference to ‘the events at Ballymurphy’. pic.twitter.com/kKMWCPdKHH

Johnson’s letter was dated for May 12, the same day that he "apologized unreservedly" during a phone call with Northern Ireland’s First Minister Arlene Foster and Deputy First Minister Michelle O’Neill.

After the call, O'Neill said she had told Johnson that he should apologize to the victims' families:

I spoke to @BorisJohnson & put to him that he should apologise to the families of those killed in Ballymurphy by British state forces. After 50 years of cover-up and lies they have been vindicated & their innocence declared. Attempts to deny access to justice reprehensible.

In his letter addressed to all of the ten victims’ families, the Prime Minister wrote: “I wanted to write you to express personally how sorry I am for the terrible hurt that has been caused to you and all of the other families who lost loved ones in Ballymurphy in August 1971.

“I unequivocally accept the findings of the Coroner. Those who died over that terrible period were innocent of any wrongdoing. The events at Ballymurphy should never have happened. You should never have had to experience such grief at the loss of your loved ones and such distress in your subsequent quest for truth.

“The duty of the State is to hold itself to the highest standard and that requires us to recognise the hurt and agony caused when we fall short of those standards. For what happened on those terrible few days in Ballymurphy, and for what the families have gone through since you began your brave and dignified campaign almost five decades ago, I am truly sorry.

“I recognise that no words of apology can make up for the lasting pain that you have endured. Thank you for the dignity and strength you have shown.”

Elsewhere on Thursday, Northern Ireland’s Secretary of State Brandon Lewis issued an apology in the UK House of Commons.

He said in part: “The government profoundly regrets and is truly sorry for these events and how investigations of these terrible events were handled and for the additional pain that the families have had to endure in their fight to clear the names of their loved ones since they began their campaign almost five decades ago."

Lewis culminated his less than five-minute address saying that "this government wants to deliver a way forward."

You can watch Secretary of State Brandon Lewis' comments here:

Speaking during a press briefing on Thursday, John Teggart, whose father Danny was killed during the Ballymurphy Massacre, said the Prime Minister should have taken the time to meet with the families in person.

Teggart said: “The manner in which he has done it is totally unacceptable to the families.

“Our loved ones were murdered by the State.

“The head of State (sic) is Boris Johnson so he should be standing at Parliament, speaking to us, speaking to the world, that is the way you do things.

“This Government has acted disgracefully.

“It should not have happened this way. It is really hurtful, it has caused pain and taken away our joyous moment of what happened on Tuesday.”

Janet Donnelly, whose father Joseph Murphy was amongst the Ballymurphy victims, said: “He [Johnson] didn’t have the nerve to go in front of the House of Commons, he got Brandon Lewis to do it, why would we want to meet him?

“He didn’t apologise to us.

Carmel Quinn, sister of victim John Laverty, said: “I want to make it clear, this was a massacre which happened in Ballymurphy, and even the very idea that he would send a letter which called this an ‘event’.

“It wasn’t an event, it was mass murder.

“He [Johnson] thinks he can send a letter and then through the back door bring an amnesty in.

“We are determined, we want accountability and we want truth. It was mass murder carried out by the State.

“That letter is an absolute disgrace.” 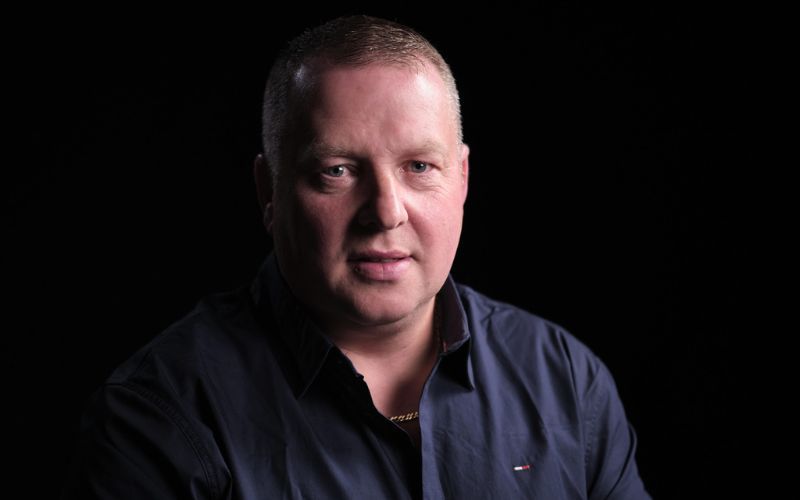