St. Patrick's Day parades have already been announced in Kerry and Offaly ahead of March 17, while a 90-float event has also been confirmed in St. Louis, Missouri. 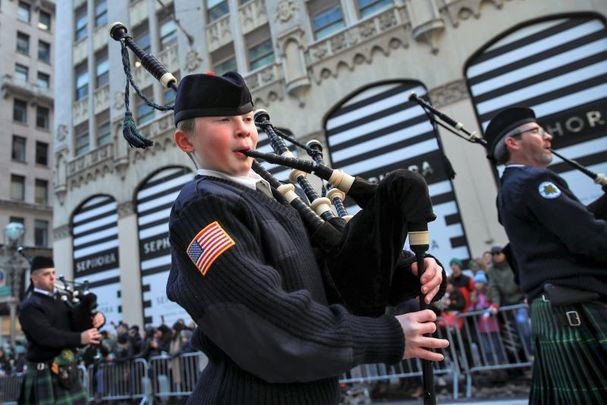 St. Patrick's Day parades are set to make a comeback in both Ireland the United States this March after two consecutive years of cancelations.

Parades have already been announced in Kerry and Offaly ahead of March 17, while a 90-float event has also been confirmed in St. Louis, Missouri.

Organizers of the Killarney St. Patrick's Day Parade have already announced that the popular event will return for 2022, while several other Kerry parades are also expected to take place.

The theme of this year's parade is Earth/An Chré, and the event will celebrate the planet we live on, the ground that sustains us, and the world that is home to more than 7.8 billion people.

The parade will also promote Killarney as one of the best towns in Ireland to live, visit, and work in.

Hello Earth, this is Killarney calling With the exciting news that the colourful Killarney St Patrick’s Festival is...

Meanwhile, organizers of the Edenderry St. Patrick's Day Parade have announced that the event will return in 2022 following a two-year hiatus due to the Covid-19 pandemic.

The parade has become one of the biggest St. Patrick's Day events in the Irish Midlands since it was launched in 2011.

Local woman Bernie Brady will be retaking her position as Grand Marshall for this year's parade, while the Edenderry parade committee is encouraging people to make donations to help fund the event.

Other parades throughout the country are expected to be officially announced in the coming weeks.

Across the Atlantic Ocean, the St. Louis parade will return after two years of Covid-19 cancelations.

The Ancient Order of Hibernians reports that more than 90 floats will take part in the parade, which kicks off at 11 a.m. at the intersection of Tamm and Oakland Avenues.

The parade also marks the beginning of Dogtown Irish Festival, which was also canceled for two years running due to the pandemic.

Van Johnson, the Mayor of Savannah, said that the city's famed St. Patrick's Day Parade is still scheduled to go ahead in March despite a surge in Covid-19 cases in the area.

"We might have to make some modifications in light of what we’re dealing with, it might be less units, it might be a slightly different route, but right now we’re still a-go," Johnson said during the week.

The Savannah St. Patrick's Day Parade is among the largest in the United States and regularly draws crowds of more than half a million people.

Chicago's South Side Irish Parade will also return on March 13, with marchers expected to journey a one-mile route through Chicago's Beverly and Morgan Park neighborhoods.

Dallas has additionally announced that St. Patrick's Day festivities will return to the city this year, while organizers of the iconic New York City St. Patrick's Day parade have pledged to make the upcoming event the "biggest parade yet".