Billionaire Mark Cuban helped save the Dallas St. Patrick's Parade in 2012, saying at the time that he “passed out in many of the booths there." 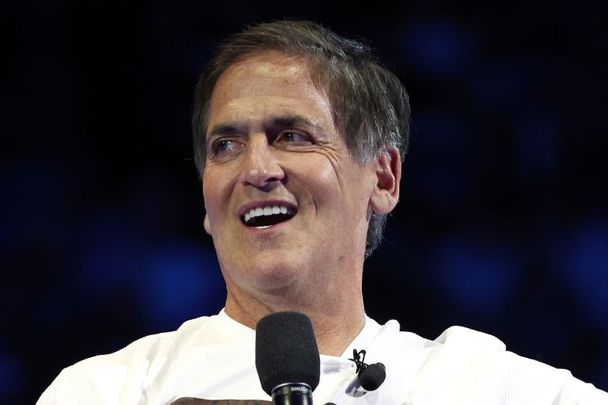 Mark Cuban saved the Dallas St. Patrick's Parade financially back in 2012 after bizarrely claiming he passed out from drinking so often at the parade that he "lost enough brain cells" but always had a great time anyway.

The great news is that Texans will once again two-step from the start of the parade route at Greenville Avenue and Blackwell Street on March 12 at 11 am.

Yes, the Saint Patrick’s Day parade is back after two years, says InsideHook, a Texas magazine. Back in 2012, the parade was almost abandoned before billionaire Mark Cuban stepped in to save it.

Now, it’s back with a Texas holler. InsideHook notes: “After being canceled in 2020 and 2021, the southwest’s largest St. Patrick’s Day parade is back on the calendar. Expect floats, live music, a block party, and plenty to drink, as attendees exercise two years’ worth of pent-up St. Paddy’s revelry.

The parade is the fastest growing in the country, Texas organizers say. In fact, it grew so fast that it was almost abandoned in 2012 when they could barely afford the cost of massive security.

Back then, one of the key organizers, Jake Levy of Desperado's restaurant, said that increased crowds have greatly added to the cost of the event.

"It's the biggest St. Patrick's Day Parade in the South," Levy told the Dallas Observer at the time. "We rival New York, Boston, Chicago."

When billionaire Cuban stepped in to help the financially struggling parade in 2012, he offered some bizarre reasoning: “I just thought it was fair that more people should be able to kill as many brain cells on Greenville Avenue as I have in my life.

“I passed out in many of the booths there.

“I said if I have lost enough brain cells there everybody will get that opportunity, too."

He stated back then that parade officials allowed him to promote one of his companies, FilesAnywhere.com, during the parade, but he would not disclose how much money he had pumped in.

Cuban was ranked 117th richest in the world by Forbes magazine in their 2020 annual list, with a wealth of over $4.7 billion.