Plans are at an advanced stage for the 2022 New York City St. Patrick’s Day parade, a welcome return to Fifth Avenue after two years away due to Covid-19. 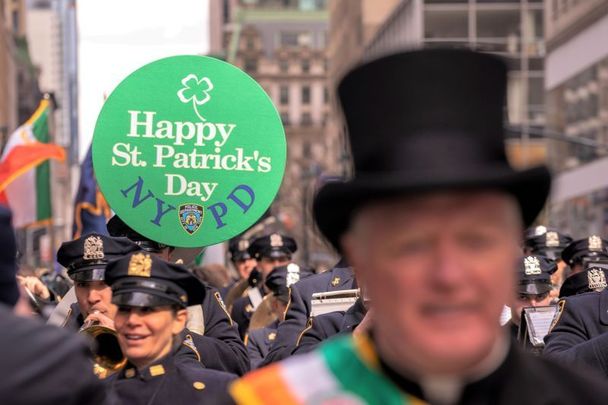 During an event at the Lexington Avenue Armory, home of the Fighting 69th regiment which has led the parade since 1851, the chairman of the St. Patrick’s Day Parade Board of Directors, Sean Lane, said plans are at an advanced stage for next year’s 261st consecutive march.

“It will be the biggest one we’ve ever had,” said Lane.  “We tried to keep as many traditions alive as we could over the past two years, but now it’s time for a full parade again.”

James Callahan, general president of the International Union of Operating Engineers, retains the honor of grand marshal which was first bestowed on him for the 2020 march that was canceled because of the emerging coronavirus. (A small, pre-dawn symbolic walk to keep the consecutive tradition alive was held in its place.) 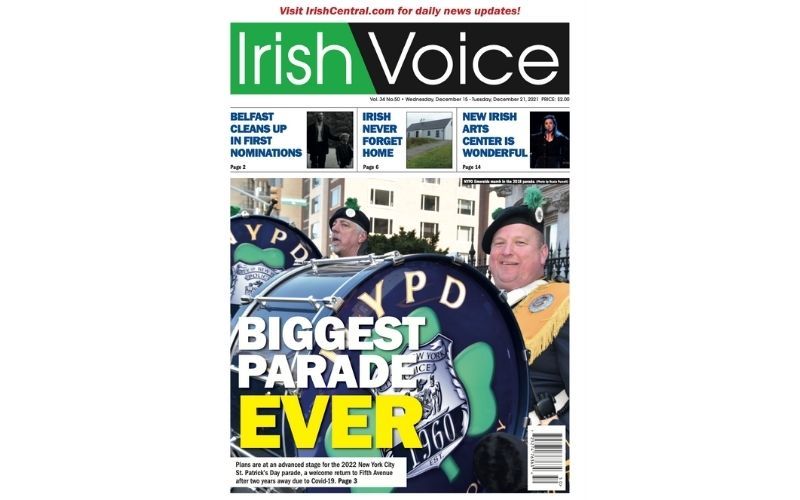 For 2022, a return to a full parade on Fifth Avenue is planned, with Callahan leading the way.

“Jim told us he would step aside and that he didn’t want to stand in anyone’s way from being grand marshal.  He’s a very gracious person. But the board decided that he would be grand marshal at the next full parade which will be in March,” said Lane.

Numerous marching bands from around the country and four groups from Ireland, so far, have confirmed their attendance for 2022.

“It’s shaping up to be a spectacular day. The only thing that could be a problem is if there’s an issue with Covid, but fingers crossed everything will go well,” said Hilary Beirne, the parade’s chief administrative officer.

The 2022 parade will be dedicated to first responders and essential workers.  It will also pay tribute to the Irish American labor movement, and mark this year’s 100th anniversary of the formation of the Irish government.

Marking 20 years since 9-11 will also be a prominent part of the 2022 march.  “We weren’t able to properly recognize 9-11 this year,” said Lane.  “We are going to have Taps played by the Fighting 69th, the NYPD and the FDNY.   We will have a moment of silence, a bagpiper on the steps of St. Patrick’s Cathedral and Cardinal Dolan leading us in prayer.”

Beirne said that a number of presidential honor units will travel from Washington, D.C. to take part in the parade. “The St. Patrick’s Day march will most likely be the first major celebration in the U.S. post-Covid, and we want to put our best foot forward. The country needs this,” he said.

Like last year, an honor guard of first responders and essential workers will also help lead off parade.

The St. Patrick’s Day Parade Foundation, co-founded by Lane and Beirne to provide financial support for the march, will once again hold its annual gala on Tuesday, March 15.