It's official, Guinness is good for you!

The old advertising slogan "Guinness is good for you" is actually true, it seems! 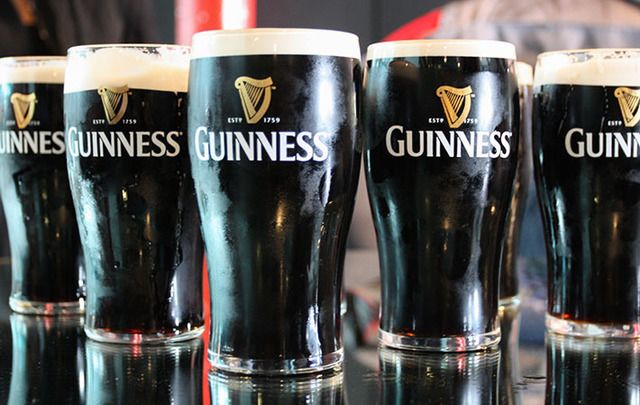 The old advertising slogan "Guinness is good for you" is actually true it seems. (*And that's Guinness, not Guiness!) iStock

Here's a look at how the old advertising slogan "Guinness is good for you" is apparently true.

While Diageo, the manufacturer of the black stuff, makes no health claims for the product, scientific research shows a pint of Guinness a day is actually good for your health.

Indeed, it may work as well as a low dose of aspirin to prevent heart attacks according to researchers, led by Professor John Folts, at the University of Wisconsin who made the discovery in 2003.

The Wisconsin scientists gave Guinness to dogs who had narrowed arteries. They found the Guinness worked as well as aspirin in preventing clots from forming.

The researchers told the 2003 convention of the American Heart Association in Orlando, Florida, that 24 oz - less than two pints - of Guinness taken at mealtime had the best impact. They believe that antioxidant compounds in the Guinness are responsible for the health benefits because they decrease harmful cholesterol gathering on the artery walls.

There was a time that doctors would encourage pregnant women to drink Guinness as they believed it was good for the baby but those days are long gone now that we understand the detrimental effects drinking Guinness while pregnant can have. 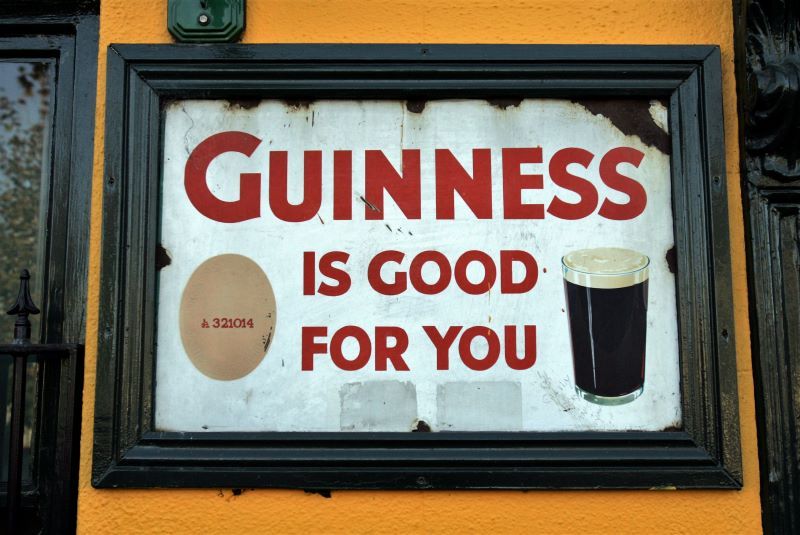 An old 'Guinness is Good for You' advertisement, pictured in Co Kildare in 2004. (RollingNews.ie)

While the old ads may be a stretch to say that drinking Guinness is, in fact, good for you, this research is enough to convince us that we're safe to order ourselves a pint every once in a while without doing too much damage!

And if for some strange reason you don't feel like treating yourself to a pint, there's plenty of ways you can incorporate Guinness into your cooking or baking taking all the goodness of Guinness with it.

Here's a list of some of IrishCentral's best Guinness recipes: