WATCH: We’ve finally got a trailer for Michael Flatley’s “Blackbird”

Irish dance superstar Michael Flatley is heading to the big screen in Ireland with his feature film debut "Blackbird." 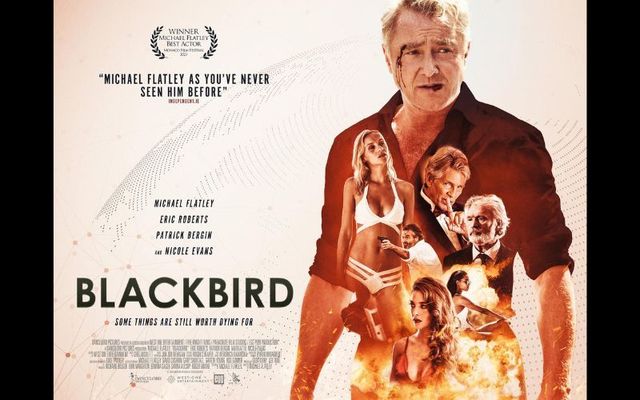 Michael Flatley, the Irish dance phenom behind "Lord of the Dance," is, finally, heading to the big screen with his feature film “Blackbird.”

"Blackbird" will be flying into Irish cinemas this September 2, WildCard Distribution confirmed today, July 14, while also releasing an official trailer.

“Blackbird" is the debut feature film from Flatley, who stars alongside Eric Roberts, Patrick Bergin, Nicole Evans, and Ian Beattie in the spy thriller flick.

"Blackbird" was produced by Glen Kirby and Jed Tune ("Off Piste," "The Pugilist") for Dancelord Pictures and West One Entertainment and co-produced by Five Knight Films ("Cardboard Gangsters") and Parachute Film Studios.

63-year-old Flatley, who was born and raised in Chicago (his parents were from Co Sligo and Co Carlow), was a talented Irish dancer in his youth who helped launch Irish dancing into the mainstream through "Riverdance," "Lord of the Dance," and "Feet of Flames." Flatley now has a home in Co Cork.

A synopsis of “Blackbird” reads: “An MI6 operative named Victor Blackley turns his back on the agency after his fiancée is killed on a mission gone wrong.

"Sometime later, he finds himself as the owner of ‘The Blue Moon’, a prestigious hotel in Barbados that acts as a safe haven for international criminals to complete under-the-table dealings. Though, after years of turning his head to his guest’s business, he is pulled back into the world he left when a former agent connected to his past turns up as part of a small party, who have come to conduct business on his grounds.

"What begins as a chance encounter that reignites an old flame quickly becomes a life or death struggle to save not only those closest to him, but also the potential lives of millions throughout the world.”

“Some things are still worth dying for”

"I'm thrilled to be releasing 'Blackbird' in cinemas across Ireland," Flatley said in a statement. "The pandemic has brought about many unprecedented production delays, but we’re finally there.

"As well as filming on location in Barbados and the UK, we filmed many scenes in Ireland, so premiering here was always the first choice. There’s nothing more breath-taking than the Irish landscape."

"Sinéad O’Connor who recorded the most beautiful track for the outro, is truly one of Ireland’s treasures. Thanks to all the cast and crew for their commitment to the project, and to all of our partners bringing the film to cinema audiences.

"We’ve all put a lot into this project, and for me, it’s very personal. This was a new endeavor for me professionally and something I’ve always wanted to do.

"My mother, when she was alive, always encouraged me to pursue this dream. Sadly, she will never get to see it, but I know she is watching over me.

"I’ve had great support from the industry, especially in Ireland, and winning Best Actor at the Monaco Film Festival was very rewarding."