Somewhere between Humphrey Bogart and James Bond the Lord of the Dance has revealed a new poster for his directorial, writing an acting debut, his new movie Blackbird. 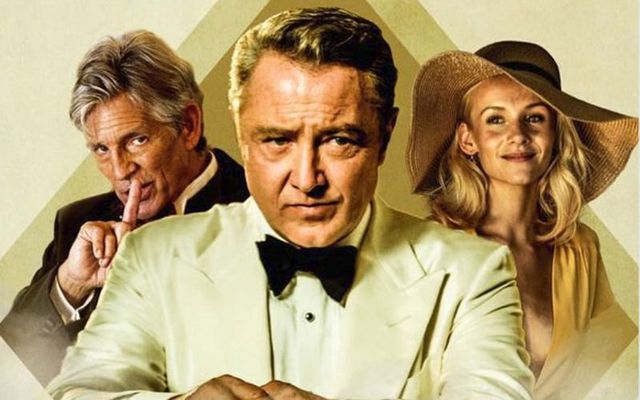 Somewhere between Humphrey Bogart and James Bond the Lord of the Dance has revealed a new poster for his directorial, writing and acting debut, his new movie Blackbird.

Michael Flatley released a new poster for his upcoming movie, Blackbird, which will be his directorial, writing and acting debut. Fulfilling a life-long dream of making a movie the Lord of the Dance’s first foray into film appears to live somewhere between a remake of Casablanca and James Bond.

The synopsis for Blackbird, on IMDB, reads:

“Troubled secret agent ‘Blackbird’ abruptly retires from service and opens a luxurious nightclub in the Caribbean to escape the dark shadows of his past. An old flame arrives and reignites love in his life but she brings danger with her.”

Gotta have a little fun on the way... pic.twitter.com/8fg66GdHUP

Already critics are being quite hard on the Irish dance star’s movie. Donald Clarke in the Times said “Michael Flatley’s first film as writer, director and star, will not actually herald the apocalypse. It might even be quite good. Might it not? We must travel hopefully.”

He added that Flatley is committing in the poster “the sort of sartorial error one would usually only forgive in an Australian, the Illinoisan Flatley occupies the central position in a white dinner jacket.”

He goes on to mock the age difference between Flatley, soon to be 60 and Rachel Warren.

Flatley, who shot to fame as an Irish dancer after his role in Riverdance at the 1994 Eurovision in Dublin, financed the movie entirely from his $275 million fortune. Produced by Dance Lord Productions the move does not yet have a release date.