Ed Sheeran will headline this Irish Arts Center's annual Spirit of Ireland gala as its artistic honoree this October in New York City. 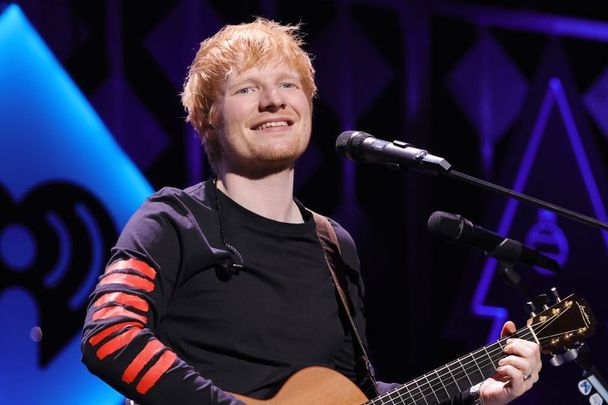 Irish Arts Center in New York City has confirmed that Ed Sheeran will be honored at its 50th anniversary ‘Spirit of Ireland Gala' to be held on October 20 at Pier Sixty in Manhattan.

IrishCentral was the first to report that Sheeran, the British singer-songwriter who has deep Irish roots, would be honored at the annual event.

Irish Arts Center (IAC), based in New York City, says that its 50th anniversary Spirit of Ireland Gala will launch the organization into the next half century after a successful year of ambitious programming in its state-of-the-art new home.

Sheeran, a four-time Grammy-winner, will headline this year’s gala as its artistic honoree. The evening will pay tribute to Sheeran's achievements, and feature the artist who is currently in the midst of his ‘+ - = ÷ x’ (pronounced "mathematics") stadium tour in Europe, with a North American leg planned for 2023.

The gala takes place at Pier Sixty, Chelsea Piers, on Thursday, October 20. Other guests and further details will soon be announced.

Irish Arts Center says that Sheeran and his music connect deeply with people across the globe, as evidenced by more than 60 billion streams and over 50 million albums sold worldwide.

On numerous occasions, Sheeran has spoken about his love of Ireland, the influence of Irish music on him at an early age, and the importance of his Irish heritage. He told RTÉ in an interview earlier this year: “[Ireland] is such a special part of the world. It's one of those things like you know when you go to America and people are so in tune with their culture, even if they are, like, one-sixteenth something…I never ever want to lose that. It’s such an integral part of my family.” 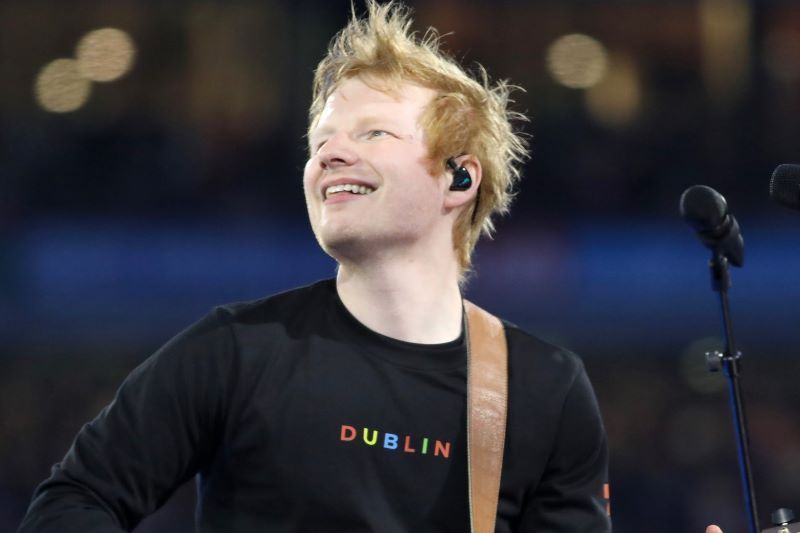 Irish Arts Center opened its new building, a 21,700 square foot hub for the arts, at 726 11th Avenue in December 2021, the culmination of a more than a decade-long transformation into one of New York’s most beloved multidisciplinary cultural institutions.

The organization launched into an Opening Season of groundbreaking and energizing work, including its pre-opening Gratitude Sessions with Martin Hayes; the electrifying grand opening with Camille O’Sullivan; the sold-out US premieres of Oona Doherty’s "Hard to be Soft" and Enda Walsh’s "The Same;" Mufutau Yusuf’s acclaimed full-length NYC debut "Òwe;" Branar’s magical family show "Hard to Catch a Star;" the recent 100th performance celebration with Declan O’Rourke; and so much more.

Designed by New York-based architects Davis Brody Bond (National September 11 Museum, The Ronald O. Perelman Performing Arts Center), with consultation and support from Ireland’s Office of Public Works, the new Irish Arts Center is a historic collaboration between the people of Ireland and New York, signifying a new era in the cultural life of the global Irish diaspora, and providing an important new canvas for the development and presentation of the performing arts in New York City.

Surrounding its opening, the New York Times called the new Irish Arts Center “a home as big as its aspirations…a major technological upgrade for the center.” American Theatre magazine lauded the Center’s “…bold, forward-looking vision, embodied in a space that marks a welcome addition to the New York cultural landscape.” Time Out New York wrote, “Now, with an extra 21,700 square feet just around the corner on 11th Avenue, Irish hospitality, culture and festivity can blossom.”

The new Café at Irish Arts Center, with food and beverage service by Hell’s Kitchen wine bar Ardesia, provides a constant sense of warmth and community. As Time Out New York described, “It's so welcoming that you may want to sit for a couple of hours, but that's the point.”

With IAC having completed and fully funded this $60 million new building with no mortgage or debt, funds raised from the gala will support the expanded programming and operations in the building, to help fortify the building and institution and ensure its enduring success and sustainability for the next 50 years.

Irish Arts Center, founded in 1972 and based in Hell’s Kitchen, New York City, is a home for artists and audiences of all backgrounds who share a passion or appreciation for the evolving arts and culture of contemporary Ireland and Irish America. It presents, develops, and celebrates work from established and emerging artists and cultural practitioners, providing audiences with emotionally and intellectually engaging experiences—fueled by collaboration, innovation, adventurousness, authenticity, and the celebration of our common humanity, in an environment of Irish hospitality.

Steeped in grassroots traditions, Irish Arts Center also provides community education programs and access to the arts for people of all ages and ethnic, racial, and socioeconomic backgrounds. In a historic partnership of the people of Ireland and New York, Irish Arts Center recently opened a state-of-the-art new facility to support this mission for the 21st century.