Pillow Queens will be taking over the Irish Arts Center in New York City for an exciting week-long residency in September. 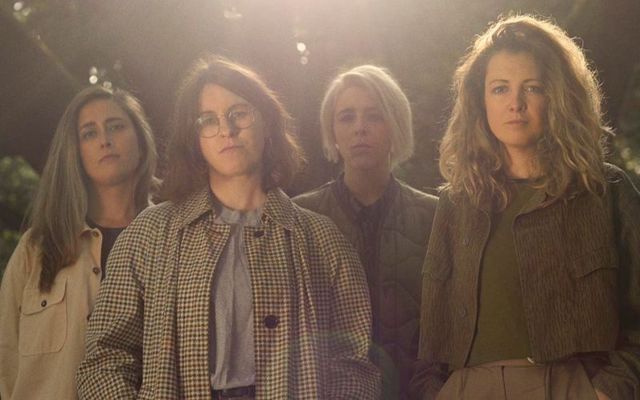 Pillow Queens, the acclaimed new Irish band dubbed the “most exciting indie-rockers” of 2020 by the Guardian, will curate a weeklong residency at the Irish Arts Center in September, featuring some of their favorite local and international artists in a series of headline shows.

They'll start off with a screening of director Kate Dolan's extraordinary new supernatural horror "You Are Not My Mother" on Tuesday, September 13. This is an unmissable first New York screening of the gifted new Irish filmmaker.

Then on Wednesday, September 14, they will present the discussion "This Woman's Work: Essays on Music," with the books in question's co-editor Sinead Gleeson and Pillow Queens guitarist Sarah Corcoran in attendance.

Described as a powerful collection of “award-winning female creators sharing their writing about the female artists that matter most to them, the book – and the discussion -  is for and about all the women who kicked down doors as pioneers of their craft or making politics central to their sound, those who offer a new way of thinking about the vast spectrum of women in music.

Finally, on Friday, September 15, and Saturday 16 the band themselves (and friends) will be in concert at the new IAC for what is sure to be two sold-out shows in support of their new album "Leave The Light On."

“We released the first album in the middle of the pandemic, and then couldn't tour it,” rhythm guitarist Sarah Corcoran, who shares lead vocals with the band's Pamela Connolly, told the press recently. Corcoran and Connolly join lead guitarist Cathy McGuiness and drummer Rachel Lyons to round out the Irish group.

“So once we had the option to play live again, we jumped at it.”

Expect a lot of jumping when they play the IAC. For more information and tickets, visit IrishArtsCenter.org