Dark family secrets that can unmoor your life are the subject of newcomer director Kate Dolan's sensational debut "You Are Not My Mother." 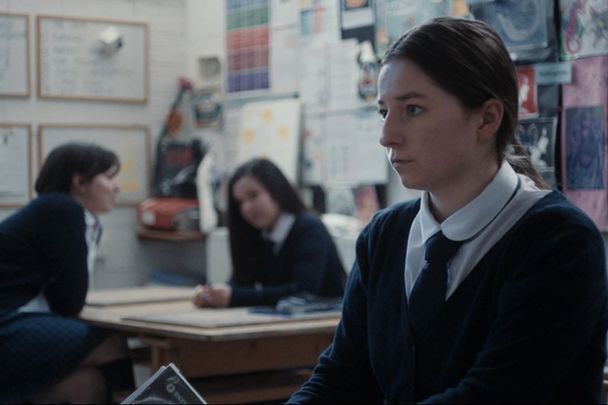 A still from "You Are Not My Mother" Magnolia Pictures

A graduate of the Irish National Film School, Kate Dolan's path to the big screen came via commercials and music videos until 2014 when she wrote and directed the short film "Little Doll."

In 2019, she was listed as one of Ireland's leading emerging creatives under 30. Her debut feature premiered to critical acclaim at the Toronto International Film Festival in September 2021.

Set in a bleak North Dublin housing estate, Dolan's riveting horror film begins when Char (played by the pitch-perfect Hazel Doupe) discovers her mother has gone missing. When she eventually returns, Char is determined to uncover the truth of her strange disappearance, but in the process, she unearths dark secrets about her family she never knew.

What makes Dolan's film so unsettling is the caliber of the performances she inspires in her actors and also the nigh flawless script. Unlike other go-rounds in this possession genre, Dolan's folk horror draws most of its propulsive power from ancient Irish folk traditions from the very opening scene.

“I think I've always been really drawn to Irish folklore, but I think the more I read into it, particularly kind of the changeling myth and the idea that somebody in your family has been swapped for something else, when I read some of the real-life accounts, the impact of those stories that people believe to be true was that people who were mentally or physically ill were often thought to be something else. Their families would often come to a tragic end in those stories because they really believed that it wasn't the person that they thought it was.”

“That always really stuck with me. Then I wanted to make a film about inherited trauma particularly in a family, and one that addresses how things that happened in the past come back to haunt you.” 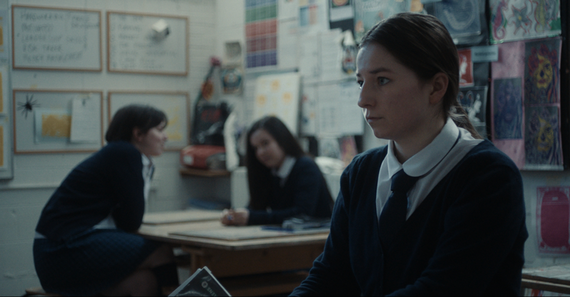 In "You Are Not My Mother," the things that come back to haunt are quite literal. Char's mother is perhaps literally not herself. For a start, her whole manner has changed from clinical depression to sunny weirdo, a fact that unsettles Char more than just about any other. It's a personality transplant that needs explanation and she sets about finding it.

The film's themes then are mental illness, social and economic isolation, and the way family secrets can diminish trust between the generations, all real enough, and part of the sheer power of this film is that Dolan manages to merge the natural with the supernatural so seamlessly.

“When you're one of a generation coming of age, the things that happened in the past, be it in a society or in a family, can come back to haunt you. You have to confront that and take that on as you become your own person. So I think the Irish folklore really just worked well with what I wanted to say. I wanted to make something that kind of captured that idea of somebody who's mentally ill in the family and how that can present itself. The question becomes what's real and what's not real?” 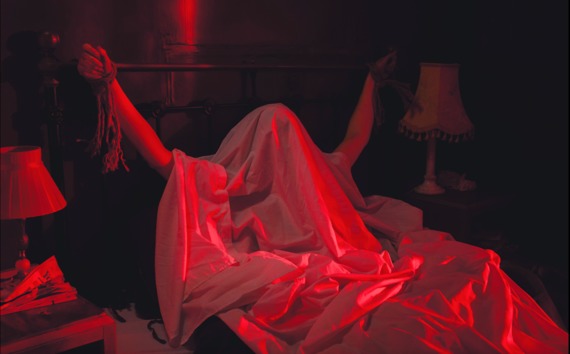 You Are Not My Mother is one of the most accomplished Irish debut films in years.

Being a high school student is already scary enough, the film reminds us, before the supernatural element is even introduced. Char's being bullied by the other girls and in a way, her own home is just as threatening as the streets. There's no sanctuary for her. She's shouldering all this burden.

“Well, I think in Irish culture we have a real inability to talk about the darker things like that. And what I was saying about traumas is that if you don't confront them, if you don't discuss them, they fester in a family or in a society. If you cover them up, atrocities  come back to haunt you, you can't just bury them and they're gone forever.”

In the new film, three generations of Irish women respond to a traumatic event that has happened in their family, but each of them deals with it completely differently and how it affects them is very different as well.

“As someone coming of age, Char takes ownership of something that's happened in the past, but she won't let it define her and she fights against it and says, 'No, I'm my own person and I'm not gonna let this take me down.'”

“In the ending, Char is confronting what's happening head-on, and it's not that she abandons her family or leaves the situation, she's very much within that family in the final scene in the movie, but it's just that she has found a way to kind of conquer it, I suppose and be herself.” 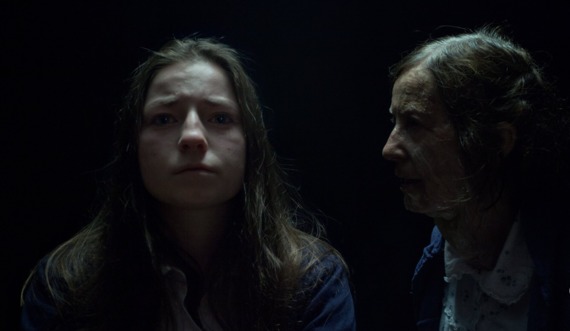 Hazel Doupe plays an Irish teen trying to get beyond the legacy of some dark family secrets.

Those are fighting – and inspiring words – and to see what Dolan does with inherited Irish trauma in a film this accomplished is to feel inspired by the direction that Irish artists are traveling in 2022.

"You Are Not My Mother" is now screening in theaters and on-demand.