The new Irish Arts Center in New York City is a place that "Irish immigrants and all New Yorkers can call home." 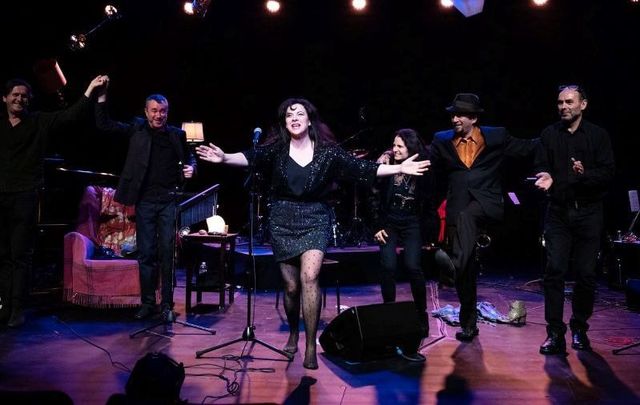 The earliest recollection I have about Hell’s Kitchen is a sketchy one, hearing that it was the destination my immigrant father Martin went to in New York when he left his native Co. Clare in 1928.

He came over to live and work with his Uncle Thomas in the cooperage business in that neighborhood that would later sustain him, his wife Mary, and their eight children.

Fast forward to 1974 when my own Hell’s Kitchen experience began when the Irish Arts Center acquired a run-down converted tenement building at 553 West 51st Street and where adult Irish dance classes would soon be conducted on an uneven concrete floor. I was a student and eventually taught there.

Even then the humble Irish Arts Center was punching above its weight in New York’s Irish community since its founding by a visionary and revolutionary Irishman named Brian Heron in 1972. It was a grassroots innovative organization that aspired to create a new environment to celebrate Irish culture and heritage, and so it did.

And as we discovered and celebrated last week in Manhattan, that mission was supercharged with two significant events that took place marking a long-awaited transition from 553 West 51st to their spanking new premises at 726 11th Avenue around the corner.  It was a long but eminently successful long journey home.

On Wednesday, December 8, the new home for the Irish Arts Center officially opened in a decidedly more upscale neighborhood known as Clinton with great fanfare after a monumental $60 million fundraising campaign that was set in motion 15 years ago.

While the pandemic may have interrupted and slowed its progress, it could not deter its marvelous entry as a great achievement for Irish America, a fact that was well recognized by all who took to the podium including New York’s new Consul General Helena Nolan.

The executive director of the Irish Arts Center, Aidan Connolly, comprehensively captured the opening’s significance saying, “The new Irish Arts Center is a dream realized and a tribute to the broad coalition of people in New York and Ireland who have brought it to life at a time when we so eagerly need a place to come together with inspiration and hope.”

The state of the art performing arts space was constructed by one of New York’s great Irish construction companies, Structure Tone, under Cel Donaghy whose subsidiary Pavarini McGovern built the four-story gem encompassing 21,700 square feet of flexible space working with architects Davis Brody Bond with assistance from Ireland’s Office of Public Works as part of the support.

Once inside the new facility, you are initially welcomed into a modern café catered by a neighboring wine bar, Ardesia, to mix and mingle before ascending to the jewel in the crown, the second-floor theater which is reached by poetic steps alongside the brick front wall in keeping with the historic neighborhood around it.

Much of the magic and creativity will happen in that theater, a vast improvement in size and capabilities over the much-beloved black box Donaghy Theater next door which will live again after some much-needed refurbishment.

As many as 14 different configurations have been designed and approved for the myriad multi-cultural performances and presentations that will take place there, and I’ve experienced three such performances already that prove its vast potential.

Making that all work magnificently thus far is the considerable planning and execution for the theater’s sound, lighting, and stage setups enhanced by an overhead wire tension grid providing access every which way possible. No expense was spared to the delight of talented people like production designer Mac Smith and sound engineer John Murray who make full use of the space and acoustics.

While many people will come to the new Irish Arts Center to see the newest theater in town, what the center will concentrate on is what they have been doing all along this trek towards greatness.

The center is acclaimed by many in Ireland and in the U.S. for representing the vastly changing Irish cultural landscape and talent that has come to the fore in the 21st century. As Christine Sisk, director of Culture Ireland, the agency promoting Irish arts abroad, told The New York Times, “It’s a shop window, and a guaranteed space to present Irish arts.”

In that vein, Connolly and director of programming Rachael Gilkey invited singer and actress Camille O’Sullivan, who had appeared three times before at the old site, to be not only the official opening night act but to sustain an extended four week run through December. It signals a new, longer programming approach to get the most out of the 199-seat theater which is smaller than many would have imagined it to be, but there are many well-considered reasons for that and space is at a premium in Manhattan at all times.

O’Sullivan is a multi-faceted performer well suited to a diverse cabaret act.  She interprets songs by Bob Dylan, David Bowie, the Pogues, Leonard Cohen, Nick Cave, and even the late Stephen Sondheim. Her show entitled Where Are We Now? is a lovable and well-crafted hour and a half’s entertainment delivered with great theatricality fueled at times by genuine nervousness and red wine as she builds her show.

Making the task all that more enjoyable were O’Sullivan’s very solid and seasoned bandmates in music director Feargal Murray, Paul Byrne, and Steve Fraser who were joined by two very accomplished and sympathetic New York-based musicians, Jessica Lurie and Omar Kabir, who added immeasurably to the ensemble.

O’Sullivan is an engaging artist who can create mood swings in a thoughtful and entertaining manner if you hang with her. And there is a comical side too when she dons a housecoat and talks of being at home with her cat during the pandemic, making the point of how good it is for all of us to be out and about now.

She knows how to build a show set too as towards the end she reads from one of the more dramatic passages from James Joyce’s The Dead before romping into the Pogues “Thousands Are Sailing” with an inspired visual backdrop of Irish immigrants arriving by ship to New York like my parents.

Her juxtaposition of “Have Yourself a Merry Little Christmas” and the raucous but immensely popular “Fairytale of New York” has to be seen to be believed.

O’Sullivan’s show runs through to New Year’s Eve on December 31. For tickets and showtimes and more information on upcoming shows and classes, visit IrishArtsCenter.org.

To cap the week off, the Irish Arts Center held its annual gala at the fabulous event venue Cipriani 42nd Street across from Grand Central Station for just under 500 people on Friday, December 10.

One of the great parties and celebrations of the New York Irish social season, support for the center again topped over $2 million for the second year in a row, an incredible achievement at any time but especially so while the pandemic still afflicts us.

Guests of honor were Ron Coughlin, CEO of Petco, and Joanie Madden of Cherish the Ladies who performed on the night, in further recognition of her NEA National Heritage Award in 2021.

To answer Camille O’Sullivan’s query of where are we now, if you are the Irish Arts Center, you’re in a very good place, and one Irish immigrants and all New Yorkers can call home.