Irish musician Joanie Madden, a 2021 NEA National Heritage Fellow, gives an intimate look into her home and music career in the new documentary. 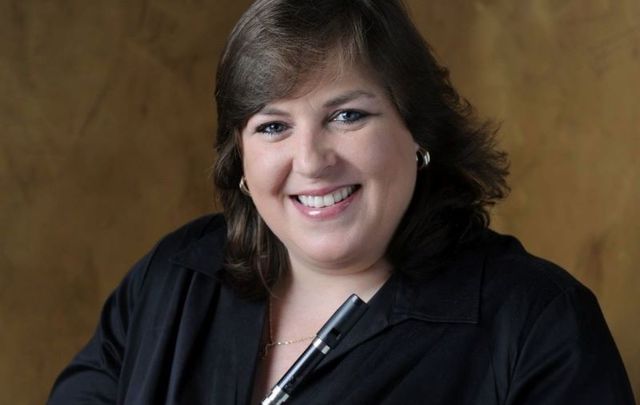 Irish flute player Joanie Madden, one of the recipients of the 2021 National Heritage Fellowships. Irish Voice

Irish trad star Joanie Madden is featured in the virtual trip across America that takes viewers into the homes and communities where this year's National Heritage Fellows live and work.

"The Culture of America: A Cross Country Visit with the 2021 National Endowment for the Arts National Heritage Fellows," produced in conjunction with the National Council for the Traditional Arts, features nine profiles of artists who were selected and recognized for their “artistic excellence and contributions to our nation’s traditional arts heritage."

The National Heritage Fellowship is the highest honor in the US in the folk and the traditional arts.

You can watch the documentary here:

Back in June 2021, the National Endowment for the Arts (NEA) announced that Joanie Madden of the Bronx was being honored for her lifetime achievements including leading her ensemble Cherish the Ladies for 37 years as one of the most significant acts in Irish American musical history.

Madden joined an illustrious group of 14 other recognized folk artists from the Irish American music and dance community including mentors like Jack Coen, Mike Rafferty, Donny Golden, and Dr. Mick Moloney (who initiated a grant that created Cherish back in the early 1980s).

Madden is well-known throughout the Irish music world for her exploits over the years passing on Irish cultural heritage, and the film will visit her in her Yonkers home less than a mile from where she spent her early years in neighboring Woodlawn in the Bronx. Her father Joe Madden from Galway shared his own musical heritage with her along with the Galwegian flute players Jack Coen and Mike Rafferty who were part of his traditional entourage inspiring her own tradition-bearing career.

This film replaces the usual in-person ceremonies held in Washington, D.C. every September which the pandemic restricted for the past two years while making the respective achievements of the nine winners available to a worldwide audience online.