WATCH: What was it like learning to drive in Ireland in 1947

Virginia Hardy from Co. Down in Northern Ireland learned to drive in 1947 and has since then completed driving tests in Scotland, China and the USA. 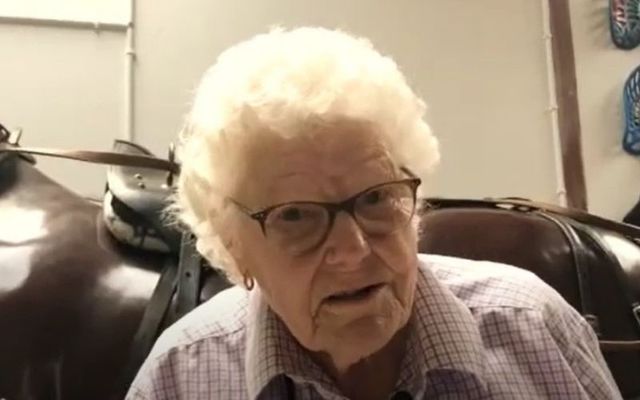 Virginia Hardy from Strangford in Co. Down, Ireland Made YouTube

Here is the wonderful story of 92-year-old Virginia Hardy from Strangford in Co Down, who in 1947 was taught to drive a Rover Saloon.

Meet Virginia Hardy, who learned to drive at the age of 17-years-old in a 1938 12 hp Rover Saloon. Having driven on numerous continents and countries over the past seven decades, Virginia has a long and interesting history with vehicles.

In her own words; “My Great Uncle Savile who lived in Donaghadee, Co. Down had a 1907 Itala which was one of the first cars registered in Ireland with a registration number of ‘I-2’."

Virginia says: "I have photographs of Uncle Savile’s car with people in it taken outside The Royal North of Ireland Yacht Club in the early 1900s... Following [my uncle's] death in 1947, my father inherited his 1938 12 h.p. Rover Saloon.

"[The same year] I had just turned 17-years-old and I think I had one professional lesson in Belfast as there was no need back then for a driving test before getting a license," she explained.

Aside from being an accomplished driver with seven decades of continuous driving experience, Virginia has had a long and interesting career. She began working with an oil company in Hong Kong in 1949, then spent time with the BBC, United Nations, before heading back to the BBC in Northern Ireland for a further 32 years.

On her ‘official’ retirement in 1989, Virginia then traveled to Ethiopia where she spent the next 29 years working with the Daughters of Charity of St. Vincent de Paul.

"I have completed driving tests in Edinburgh, Hong Kong, New York City, and San Francisco. None of those tests had substantial if any requirements for written theory so far as I remember", added Virginia.

"When I was in Ethiopia they accepted my Northern Ireland driving license and issued a local one for car and minibus without me having to be tested."

Virginia still lives in Strangford, Co Down, and continues driving her Citroen Picasso. A recent road trip with her good friend Marjorie took them to the Glenview Folk Museum, Ballinamore, Co Leitrim.