On This Day: In 1919, Prohibition takes effect in the US

Today, January 16, in 1919, 103 years ago, the law enforcing The Prohibition in the United States was ratified. 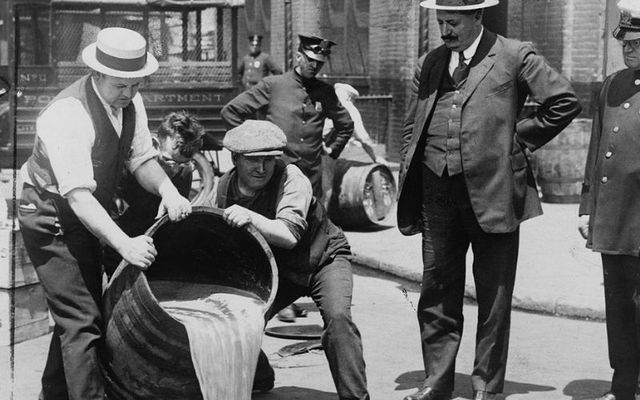 Today, January 16, 1919, 103 years ago, the law enforcing The Prohibition in the United States was ratified. The 18th Amendment to the US Constitution prohibited the “manufacture, sale, or transportation of intoxicating liquors for beverage purposes.”

Back in the early 2000s President George W. Bush was at the time repeatedly accused of exploiting 9/11 and the ensuing Iraq War. Critics charged that the Bush administration had labeled critics of their Iraq policies as disloyal and un-American. Of course, this is not the first time such a state of affairs has existed in the United States.

In fact, as a book about Manhattan during the early 20th century indicates, World War I saw similar divisions created. Back then, Irish immigrants and Irish Americans played a key role in the direction of U.S. domestic and international policy.

When you look at who was for and against prohibition, it is clear that the Irish were on one side while more respectable, middle-class, and heavily Protestant groups were on the other side.

This was not just a place to get drunk, but a meeting place to exchange gossip, swap favors and meet and greet potential voters. By shutting down the saloon, many Irish Americans felt "dries" were actually targeting the Democratic Party organization in New York City and urban centers all across America.

Don't forget, the U.S. allied itself with Ireland's mortal enemy, Britain, in that battle. That was trouble enough. But those allies were fighting the Germans, another large ethnic group in New York at the time.

Irish gangsters such as Bugs Moran, Deanie O'Banion, Owney "the Killer" Madden and "Mad Dog" Coll used bootlegging to make money and spill blood on the streets of New York, Chicago and other cities, as they battled for their share of the lucrative illegal booze market.

National prohibition officially ended in 1933, though it should be noted that literally hundreds of villages and towns across the U.S. remain legally "dry."