Born in Brooklyn and raised in Ireland, William Joyce, later known as Lord Haw Haw, is remembered for his fascist propagandist radio broadcasts. 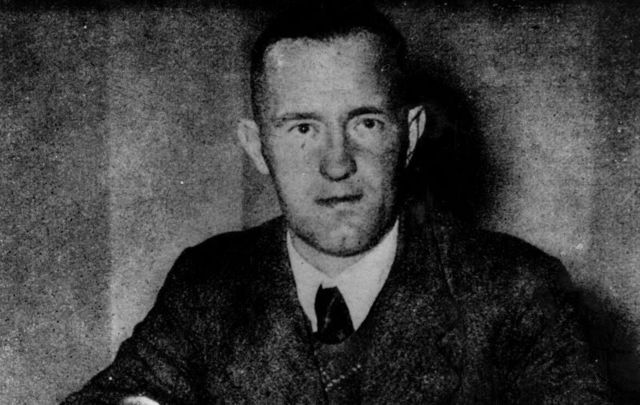 William Joyce, better known as Lord Haw Haw, was an Irish American Nazi propagandist during WWII. The nickname "Lord Haw Haw" was coined by a British radio reviewer in 1939.

Born on April 24, 1906, in the United States to British and Irish parents, Joyce was raised in Ireland and is alleged to have informed on the IRA to British soldiers during the War of Independence. It is believed that the IRA even dispatched a volunteer to assassinate Joyce such were his links to the Black and Tans.

Once Ireland secured the Anglo-Irish Treaty, Joyce moved to England, where his decline into fascism truly began and he joined the British Union of Fascists (BUF). Shortly before this, Joyce was attacked by Communists who he claimed were Jews as he left a Conservative Party meeting. The attack left a permanent scar on his cheek. 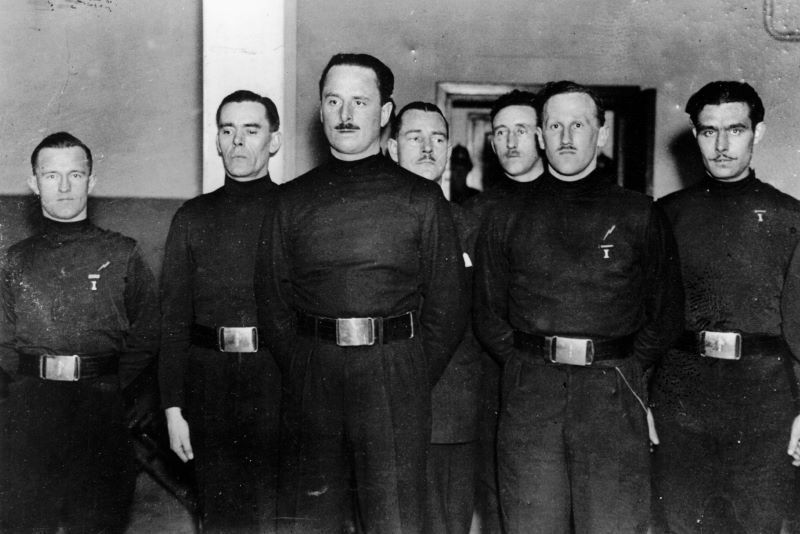 Rising to Director of Propaganda in the BUF and then to the Deputy Leader, he was responsible for the BUF's policy shift from campaigning for economic revival through corporatism to a focus on antisemitism.

Joyce and his wife Margaret fled to Germany in 1939, shortly before the war began, and he became a citizen in 1940.

Beginning with the words "Germany calling, Germany calling," Joyce first made radio broadcasts from Germany anonymously before bombing forced him on to Luxembourg and then Apen outside of Hamburg. His scripts were broadcast over a German-controlled network, some of which pretended to broadcast from within Britain.

A report by the BBC in 1940 tells us: "A typical nine o'clock BBC news bulletin is listened throughout by 16 million adults or over 50 percent of the listening public. If it is followed by a talk, this will be heard by nine million. Of the other seven million, six million switch over to Hamburg (Lord Haw Haw's show)."

The BBC discovered that Joyce was more popular with wealthy listeners and males. The BBC said that a "less politically minded listener" was more likely to listen to his broadcasts.

Radio Hamburg was established by the Germans at the beginning of WWII, and it was used to demoralize British soldiers and its strained workforce.

The BBC eventually improved its service and used lighthearted comedy to draw listeners away from Lord Haw Haw's scaremongering.

Joyce was captured by British soldiers on the German/Danish border at the end of the war. He held a British passport and was tried for treason. Joyce was hanged in Wandsworth jail in January 1946.

In 2010, the BBC made 15 Lord Haw Haw podcasts available on its Internet archive. The BBC also made available 11 previously unreleased documents.

On This Day: Ireland's Easter Rising begins in 1916

Easter Rising leader Patrick Pearse - everything you need to know