On This Day: President Kennedy delivers his iconic Berlin Wall speech in Germany

President Kennedy's “Ich Bin Ein Berliner” has echoed as a clarion call for freedom ever since. 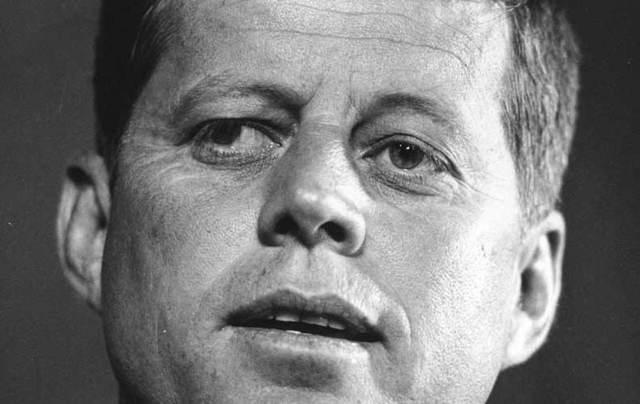 Back in 1963, America was talking about tearing down walls not building them. The sentiments were so powerful that they would be echoed by another president, Ronald Reagan, 24 years later in his famous “tear down this wall” speech.

The president with the vision was John F. Kennedy. At the height of the Cold War in 1963, he went to Berlin, a city divided into West Berlin and East Berlin. The British, French, and Americans on one the West's side, and the Russians were on the East's side. 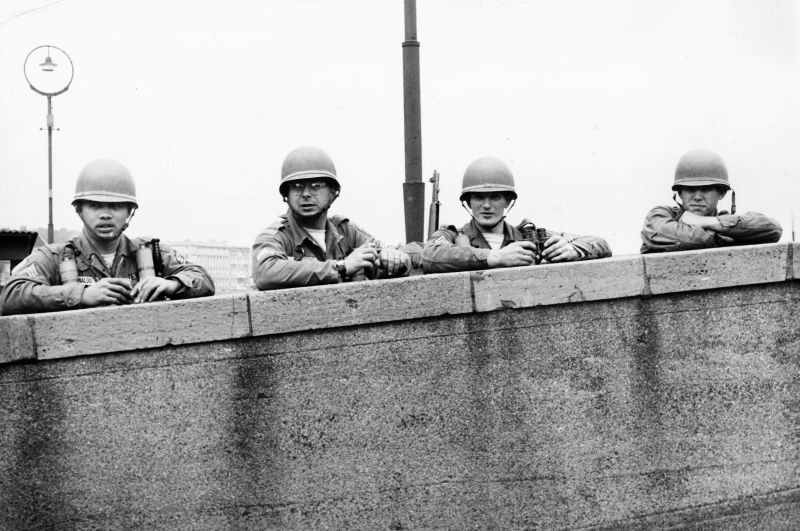 American soldiers stationed at the Berlin Wall, circa 1965 (Getty Images)

Berlin had been a source of political tension between Russia and the U.S. since the end of World War II. However, Russian Premier Nikita Khrushchev thought the inauguration of Kennedy in 1961 presented an opportunity for the Soviet Union across the globe, but especially with regards to West Berlin, the very existence of which the Soviets resented. 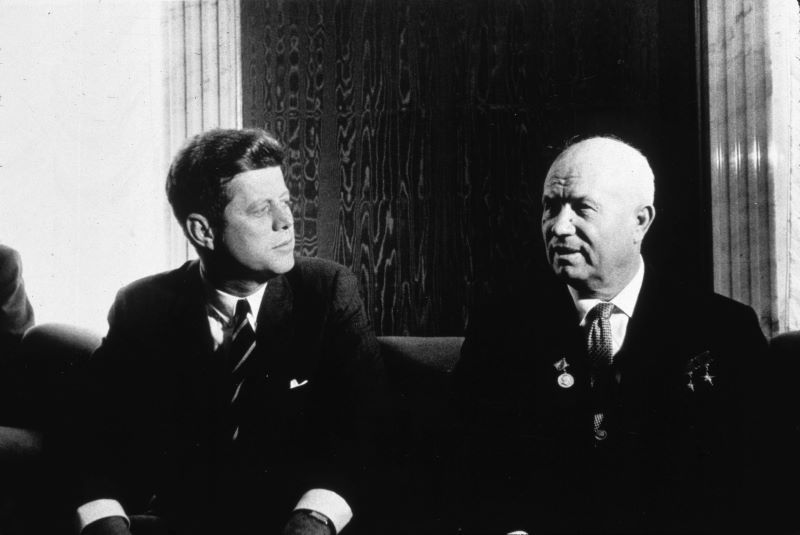 Khrushchev was confrontational and petulant with JFK. “The positions of the U.S.A., Britain, and France have proved to be especially vulnerable in West Berlin,” Nikita Khrushchev warned. “These powers...can not fail to realize that sooner or later the occupation regime in that city must be ended. It is necessary to go ahead with bringing the aggressive-minded imperialists to their senses, and compelling them to reckon with the real situation. And would they balk, then we will take resolute measures. We will sign a peace treaty with the German Democratic Republic [East Germany].”

When they met in Vienna in the spring of 1961 Khrushchev bullied the young president: “It is up to the U.S. to decide whether there will be war or peace.”

“If that’s true,” Kennedy responded, “it’s going to be a cold winter.”

Then on August 3, 1961, the Berlin Wall suddenly went up—much to Kennedy’s relief. “Why would Khrushchev put up a wall if he really intended to seize West Berlin?” Kennedy wondered. “There wouldn’t be any need of a wall if he planned to occupy the whole city. This is his way out of his predicament. It’s not a very nice solution, but a wall is a hell of a lot better than a war.”

A year later, during the Cuban Missile Crisis, Berlin was still on the president’s mind: he feared that if he attacked/invaded Cuba the Russians might counterpunch by seizing Berlin. Kennedy was able to defuse the crisis by promising not to invade Cuba with Khrushchev promising to remove the missiles in Cuba.

The summer of '63 was kind of a victory lap for Kennedy. The previous October he had faced down the Russians over missiles in Cuba and had prevailed over Khrushchev.

The month of June was to be the highlight of Kennedy’s presidency. On June 11 he gave his civil rights speech where he called on Americans to take the high ground in the battle for civil rights: “We are confronted primarily with a moral issue. It is as old as the scriptures and is as clear as the American Constitution.”

In August he would sign the Nuclear Test Ban Treaty, which sought to find an end to the madness that had embraced the two nuclear powers and nearly led to catastrophe in Cuba.

The crowd roared KENN-NA-DEE, KENN-NA-DEE. The President paused to say with his typical wit: “I appreciate my interpreter translating my German!”

Kennedy went on to say: “While the wall is the most obvious and vivid demonstration of the failures of the Communist system, for all the world to see, we take no satisfaction in it, for it is, as your mayor has said, an offense not only against history but an offense against humanity, separating families, dividing husbands and wives and brothers and sisters, and dividing a people who wish to be joined together.”

"Freedom is indivisible,” Kennedy concluded, “and when one man is enslaved, all are not free. When all are free, then we can look forward to that day when this city will be joined as one and this country and this great Continent of Europe in a peaceful and hopeful globe. When that day finally comes, as it will, the people of West Berlin can take sober satisfaction in the fact that they were on the front lines for almost two decades. All free men, wherever they may live, are citizens of Berlin, and, therefore, as a free man, I take pride in the words ‘Ich bin ein Berliner!’"

After the Berlin speech Kennedy immediately flew to Ireland for perhaps the happiest three days of his life.

The summer of 1963 was a constructive summer on Kennedy’s part: he called on the conscience of American people in the moral battle for civil rights for African Americans; he defended the cause of freedom by calling for the destruction of the Berlin Wall; and he prepared to sign a treaty to control the greatest danger to mankind, nuclear weapons.

Unlike what we’re bombarded with today, there was not one taunt, one boast, one insult in any of his speeches. Each speech was based on keen intellect and class—something the man who wants to build The Great Wall of Mexico wouldn’t know about. It was obvious that he was not only confident in himself but in the country, he represented as well.

As he prepared to leave Shannon Airport for the trip back to Washington on Air Force One he promised the Irish that “I’ll come back in the springtime.” Little did this President—who had done so much for his country and the world in such a short time—realize he had already lived his last spring.

*Dermot McEvoy is the author of  "The 13th Apostle: A Novel of a Dublin Family, Michael Collins, and the Irish Uprising and Irish Miscellany" (Skyhorse Publishing). He may be reached at dermotmcevoy50@gmail.com. Follow him on his website and Facebook page.

Related: US Politics, Democrats, The Kennedys