Pride, prejudice, and the Pope

Irish American Michael O'Loughlin understands how far gay Catholics have come, and how far we all still have to go before something like real progress is made. 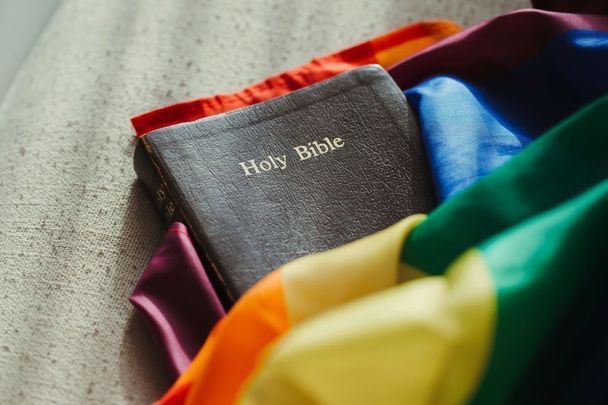 June is widely known as Pride Month, an effort to acknowledge the obstacles that gays, lesbians, and many others have had to overcome in America.

To a group that calls itself CatholicVote, well, that’s precisely the problem. They seem to believe that shame is so much better. This despite all the evidence to the contrary painfully provided by many — though not all — within the church this group claims to follow.

“A controversial conservative Catholic organization is urging parents to ‘Hide the Pride’ during Pride Month — by checking out any LBGTQ-related books they see at their local libraries so that no children will see them,” TheHill.com reported last week, adding that CatholicVote cites “recent polls” which show “American moms and dads do not want their children exposed to sexual and ‘trans’ content as part of their education.”

I don’t know whether to howl with rage or yawn at the sheer boredom of all this.

Well, to paraphrase George Carlin, if there are still any books left after certain folks have burned the ones that really bother them, you should check out the one Michael O’Loughlin recently wrote.

O’Loughlin, after all, understands how far gay Catholics — yes, you read that right, Catholic voters — have come. And how far we all still have to go before something like real progress is made.

“In many ways,” O’Loughlin told the Irish Voice, sister publication to IrishCentral, recently, “knowing all this history makes it easier to weather the current onslaught of bigotry. Because I have a better sense now of how others endured it, fought it, and overcame it.”

O’Loughlin’s book "Hidden Mercy: AIDS, Catholics, and the Untold Stories of Compassion in the Face of Fear," begins with a central conflict in not just his own life, but in that of so many other Irish Catholics, on both sides of the Atlantic.

“I am gay and I am Catholic,” O’Loughlin writes. “And I struggle continuously to reconcile those two parts of my identity.”

Such a noble yet rare thing to do these days. To work to try and bring something together, even as so many others are shouting and ranting and raging. Or just walking away and bitterly giving up.

The folks at CatholicVote may not be impressed. But a fellow in the Vatican sure was.

Late last year, O’Loughlin wrote an op-ed essay in The New York Times, explaining that his extensive talks with people trying to reconcile their faith and sexuality — “the fellowship, gratitude and moments of revelation we exchanged…had a profound effect on my own faith.”

In fact, O’Loughlin, whose grandfather came to the US from Tuam, Co Galway, decided to write a letter to Pope Francis.

“To my surprise, he wrote back,” O’Loughlin writes.

Pope Francis responded, in part, “Thank you for shining a light on the lives and bearing witness to the many priests, religious sisters and lay people, who opted to accompany, support and help their brothers and sisters who were sick from HIV and AIDS at great risk to their profession and reputation.”

O’Loughlin had to admit that the Pope’s “words offer me encouragement that dialogue is possible between LGBT Catholics and church leaders, even at the highest levels.”

So, along the same lines, on June 24 and 25, Outreach 2022 will take place at Fordham University in New York City.

While the CatholicVote folks are content to divide in the hopes of conquering well, something, folks like Father James Martin, and Sister Jeannine Gramick, will gather to discuss what Catholics and the LGBTQ community have in common. They will work to make the world a better, not more hostile, place.

This should not be shocking.

Sadly, this is still kind of a big deal.

Either way, all involved should be very proud.