Ultimately, it’s a silly exercise. To wonder – or even care – what George Carlin might say if he were alive today. 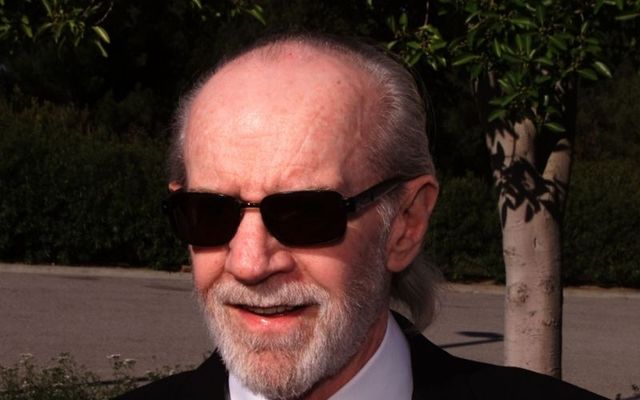 “I can prove to you that rape is funny.” Boy, and you thought what Trump said on the Access Hollywood tape was awful. Which it was.

But get a load of that!

“Some people like to shut you up for saying those things. You know that. Lots of people. Lots of groups in this country want to tell you how to talk. Tell you what you can't talk about.”

But that’s not Donald Trump Jr. talking, trying to one-up the old man. Nope, that’s late comic George Carlin, who – somehow, once again, God bless his New York Irish heart – is at the center of a debate over free speech.

From May 20, HBO will be airing a new documentary called "George Carlin's American Dream," directed by Hollywood big-wig Judd Apatow as well as Michael Bonfiglio.

“Carlin’s career spanned half a century, during which he headlined 14 HBO comedy specials and appeared on The Tonight Show over 130 times, constantly evolving with the times and staying sharply resonant up until his death in 2008 and beyond,” the network says.

“The documentary examines a cultural chameleon who is remembered as one of the most influential stand-up comics of all time.”

I suspect not many of them are going to spend time breaking down that rape joke.

It’s quite annoying that a whole lot of very smart people right now are twisting themselves into pretzels to try and reconcile Carlin the genius and rebel, while at the same time refusing to accept that Carlin also made some points that the Fox News crowd suddenly likes.

“The durability of Carlin’s material can be dangerous, too,” Dave Itzkoff wrote in The New York Times this week.

“Dislocated from the time and circumstances that inspired his work, the arguments he delivered can be made to serve purposes he didn’t intend.”

Really? You know Itzkoff is in some trouble when he whips out the crystal ball to tell us what Carlin did and did not intend.

Later, in the very same piece, Itzkoff writes, “Carlin is frequently summoned in contemporary debates over how comedians choose to use their platforms …even though no one could be certain what position he might have taken.”

That’s pretty much the important point, no?

You simply have to live with the fact that Carlin – who spent a career ripping up the powerful and the elite – also said some things that resonate with 21st-century Republicans. And things which would outrage today’s progressives.

In another skit, he blasted “middle class feminists” because all they care about is their “reproductive freedom.”

However, Carlin added, “I'm not picking on the feminists. They got a lot of company in this country.”

Ultimately, it’s a silly exercise. To wonder – or even care – what Carlin might say if he were alive today. Let’s just stick with what he said.

He said a lot of negative stuff about the Catholic faith I, and he, were raised in. Then, and now, I was capable of taking some of his jokes, and leaving others.

Why would we expect or even want to agree with everything a person says?

Maybe, instead of tortuously trying to decipher what Carlin would have believed in 2022, maybe accept that we can’t control everything that goes out into the world and that life, and comedy, are messy.

Carlin’s reflections on his Irish heritage are proof of that.

“We must admit that Irish foreplay consists of little more than, ‘You awake?’” he once wrote. “Or the more caring, sensitive, ‘Brace yourself, Agnes!’"

But he also credited Irish nuns for educating him.

“By eighth grade, many of us had lost the faith,” Carlin said. “Because they made questioners out of us.”

More folks these days could use such an education.