The fact is that it’s not a question of if a border poll will be held, but rather when the British government will acquiesce to putting the question of Irish unity before the population of Northern Ireland. 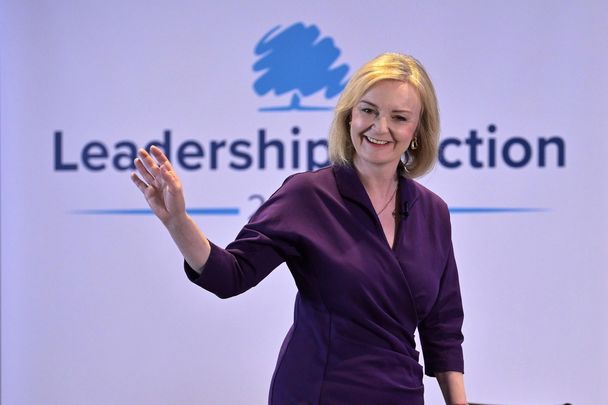 The next prime minister of the United Kingdom was in Northern Ireland two weeks ago to answer questions on the approach they would follow once they ascended to power.

Both Liz Truss and Rishi Sunak were at the Tory Party hustings in Belfast seeking votes in the contest that will be decided next week.

While they were asked to give their opinion on a variety of topics, they were not asked any questions on a border poll. Not surprising, I suppose, considering the official name of the party is the Conservative and Unionist Party. But whichever of them wins, they will have to address the issue at some stage.

The fact is that it’s not a question of if a border poll will be held, but rather when the British government will acquiesce to putting the question of Irish unity before the population of Northern Ireland.

The need for such an event is enshrined in the Good Friday Agreement. It states that the Secretary of State for Northern Ireland shall call a border poll “if at any time it appears likely to him that a majority of those voting would express a wish that Northern Ireland should cease to be part of the United Kingdom and form part of a united Ireland."

This is not a whimsical statement of intent. Rather, it is part of a solemn international treaty that has the force of law.

However, the agreement is not clear on how a majority sentiment in favor of unity can be measured, involving as it does an assessment of political opinion. It is at the discretion of the Secretary of State, and according to the judgment in a recent court case in Belfast, this discretion is “unqualified,” meaning that there is “no specified matter which should be taken into account or any matter which should be left out of account.”

Analysis of recent elections and opinion polls show that the trend is going one way, and that’s in favor of unity. But there is no clear majority as yet.

The most recent Belfast Telegraph poll showed 48 percent in favor of the status quo and an overall 41 percent in favor of unity. However, in the 18 to 24 age group, 57 percent are in favor of a united Ireland, a figure that has startled unionist politicians as they slowly begin to realize that the writing is on the wall.

It also raises the question of lowering the voting age to 16 as they did in Scotland. That’s a decision that would have a considerable impact on the outcome of a border poll.

Another straw in the wind is the recent Stormont elections which have also been extensively analyzed. The combined pro-UK vote was at 42 percent of the total first preference votes compared to pro-Irish unity on 41 percent, a difference in votes of about 6,000.

However, when the second preference votes of Alliance and Green candidates are looked at, which make up the 18 percent neither unionist nor nationalist in first preferences, they break disproportionately for the nationalist side by a margin of about nine percent which would bring their total to 50 percent.

While these figures are not conclusive, they certainly are a strong indicator of a desire for change in the constitutional position of the six counties. But for those campaigning for unity, there is a lot of work to be done north and south.

In Dublin, there appears to be a myopic reaction to this whole discussion by the government. Leaders are resisting calls to have a fully informed debate with a dismissive comment that a proposal to have a citizens’ assembly on the issue of a border poll is “not even on the radar".

A citizens’ assembly brings citizens and experts together to discuss and consider important legal and policy issues in Ireland. The assembly then makes recommendations and reports back to the government.

For many, this is the most appropriate avenue to advance a poll. The failure to commit to an assembly has allowed Sinn Fein to take the initiative and they have started a process, which they rather importantly call the Commission on the Future of Ireland, which plans to hold a series of public meetings in the autumn.

Ireland’s Senate has also set up a committee and will hold meetings over three days asking for people from all traditions to submit their views and ideas about the island’s constitutional future. But what will they discuss?

Frankly, if it becomes an issue of flags and anthems then the proposal for unity will become nothing other than a sectarian headcount. Those advocating a 32-county Ireland have a real task to convince the doubters that there will also be a bright and better economic future for all.

Brexit offers an opportunity to convince the young and educated that they will have a better life, with high-quality jobs, in the European fold. But equally the Republic’s stretched health service, housing emergency and poor infrastructure are significant barriers. The economic arguments will be crucial one way or the other.

A wildcard in all this discussion is the possibility of Scotland voting to leave the union. First Minister Nicola Sturgeon has announced plans to hold a second referendum on Scottish independence in October 2023, subject to approval by the UK Supreme Court.

Such a scenario would completely transform the constitutional landscape given the strong shared history between Northern Ireland and the Scots. Throw Brexit and protocols into the debate and it becomes a more complex debate.

Now is the time for leadership, which is why the lack of engagement is so disappointing by Fianna Fáil Taoiseach Micheál Martin, whose party’s foremost value is “to secure in peace and agreement the unity of Ireland and its people.”

Those who say it is too soon to discuss unity don’t know their history. For over 100 years we have had a state in the north that has failed almost half its population. Time to move on and create a 32-county state that serves and respects all its people.

But it won’t happen without hard work and agreement between the UK and Ireland as to the form of that united Ireland and the way in which it would be governed and structured. Time to take that first step, taoiseach, and put either Liz’s or Rishi’s number on speed dial.

*This column first appeared in the August 31 edition of the weekly Irish Voice newspaper, sister publication to IrishCentral. Michael O'Dowd is brothers with Niall O'Dowd, founder of the Irish Voice and IrishCentral.