The long road from Cork to Port Laoise

IrishCentral contributor Morgan O'Sullivan puts into scope the number of people who have died from coronavirus in the US. 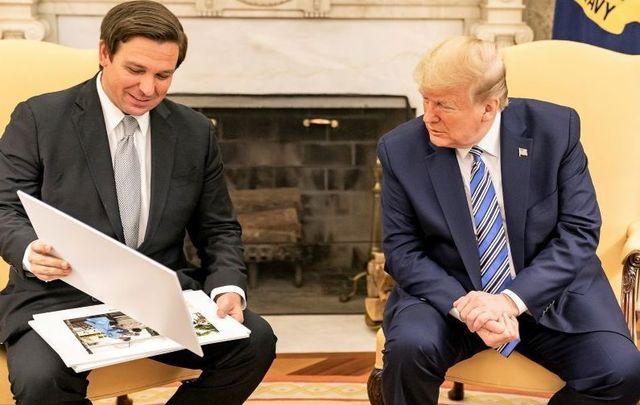 If 162,000 people, the number of people who have died in the US from coronavirus, stood shoulder to shoulder, they would reach from Cork to Port Laoise.

Have you ever tried to place toothpaste back into the tube after squeezing it out? It is an impossible task. Despite the ravages of COVID-19, the reluctance of the Governor in the State of Florida to take control of the crisis feels just like that. Some would say he is following the lead of the president, Donald Trump, while others would say 10,000 positive cases every day warrants leadership and action. Florida has over 527,000 positive cases of COVID 19 and over 8,000 deaths to date. Florida is considered the current world epicenter for COVID 19.

Read More: My first time voting in the US during the COVID-19 pandemic

Over 162,000 in the country have died so far. Relative to the overall population this works out to be just 0.049%. This percentage figure is spit out every so often to demonstrate how low an impact COVID supposedly has. The figures are correct.

(*Editor's Note: The coronavirus death toll in the US has grown to roughly 180k since this column was submitted to IrishCentral.)

Yet when it is considered that if 162,000 people stood side by side, 3 feet apart, they would reach from Cork City to Port Laoise, the sheer enormity of the volume rings home. The reality is that 162,000 families have lost loved ones in the United States in what could have and should have been largely preventable for many. How did such a catastrophe happen, and why do many fear that it will get worse before it gets better?

The country largely went into lockdown mode in late March. Other than the horrors in New York City, the numbers remained relatively under control elsewhere. However, the longer the crisis continued, the higher unemployment rose and the further the economy plunged. Before Easter, Donald Trump was suggesting a quick re-opening up of the economy. The strongest argument for the Trump re-election campaign is a strong economy. The reopening of the country has not gone entirely smoothly, and COVID continues to cause havoc.

Since the state of Florida reopened in May, Governor De Santis was quick to take all the plaudits as numbers stayed low and under control throughout the month. Now each day goes passes with more than 10,000 people testing positive becoming the norm. It seems logical to me that if numbers were low and under control during a lockdown, and if numbers increase when places reopen, another lockdown should be considered.

However, in Florida, we do things a little different.

The Governor has ordered all schools to be reopened on site for the new school year which tends to be mid-August. We are being told that children carry little or no risk. However, for every medical expert rolled out on TV to say it is safe, there is another to say it is concerning. We have gone from children being super vectors, to children being harmless. The truth is likely somewhere in between. Yet, despite these realities, no one has expressed any concern for the teachers. The economy is important, and people’s jobs and livelihoods are in terrible danger, but many teachers feel that they are being called on to babysit in a full-on global pandemic in order to allow people to go back to work. The choice between lives and livelihoods is becoming ever so stark.

The Governor has stated that he would have no problem sending his children to an onsite school if they were of age. Donald Trump has said the same of his youngest, but his school will be offering their curriculum online. Who are the parents to trust with their most precious resource, the Governor and President who have played down and continue to play down the pandemic at all times, or the teachers who have expressed fear and concern?

Walt Disney World and Universal Studios are open. Universities are getting ready to reopen for the fall. Walmart and Target and other shops are open, and while social distancing is implemented, not everyone is willing to follow directions. The Governor is still unwilling to introduce a mandatory face mask order. People are popping up in shops screaming at staff that it is their right not to wear a mask. Stories of college-aged students having COVID parties abound.

The sad reality is that the face mask issue has become a political statement. The Governor is of the belief that if Walmart and Home Depot can open, there is no excuse to keep schools shut. Universities are about to open in Florida over the next few weeks and teenagers from all over America will descend on the sunshine state. Some parents will be cautious and will opt for a local college elsewhere, while others will pursue the virtual option. However, the potential of large groups of teenagers gathering together is a concerning thought.

Read More: An Irish man's vote in the US presidential election

To many, it will seem astounding, but Fox News is the most-watched news station in the United States. From the beginning, Fox played down the pandemic, comfortable with pushing the line that it was all a hoax. It was supposedly some kind of conspiracy and was no worse than the common flu. When it is considered that Fox and the President were consistently pushing this message, is it any wonder that people are congregating in pubs and bars and on beaches. Is it any wonder that they refuse to wear their masks? Is it any wonder that Florida is in such a dire predicament?

I have met and spoken to people who have lost their jobs as well as those who have been furloughed. It is a terrible situation to be in and no words can comfort them. They are hurt and wounded, and it is truly understandable.

But when you hear others who are working, complain or question why places are operating on half capacity or are temporarily laid off for the 0.049%, I can only think of that long winding 93-mile road from Cork to Port Laoise.