An Irish man's vote in the US presidential election

One Irish man, having recently obtained his US citizenship, discusses how the US presidential election works. 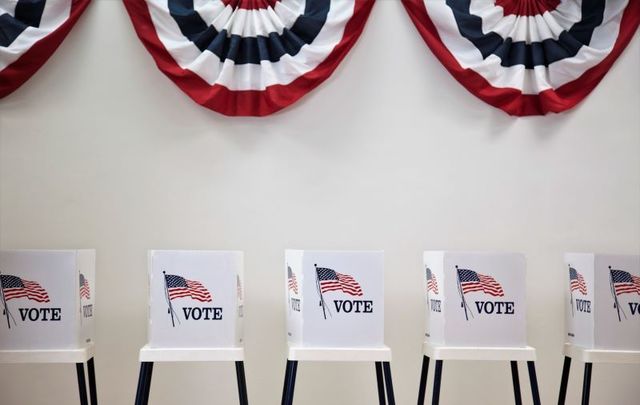 I became an American citizen last July. After years of personal struggle, and fear of the unknown that has precipitated in these last four years, I added the citizenship of the red, white and blue, to my green, white and gold heart.

Read More: Why I finally decided to become an American citizen

I am a political junkie and could sit and watch the repetitive cycle of cable news all day, every day. My wife will share that it is the same news recycled every thirty minutes, but I love the different angles and nuances brought to each political story. Watching the back and forth between the Democrats and Republicans brings nearly as much pleasure and entertainment as watching Liverpool play (ok, maybe not that entertaining, but I enjoy it).

For elections gone by, I can count and recall what I view as victories and losses. I used to get up in the middle of the night back home in Cork just to watch the conventions and the debates and to watch the election results trickle in.

I will always be Irish, but I do confess to being excited and energized about being able to take on an active role in the political process of the United States.

Will the election process be straight forward and easy to understand, with simple arithmetic of whoever gets the most votes wins? While the democratic system in the United States dictates that there is one vote for one person, the whole presidential election system is slightly more complicated.

There will always be the die-hard Republican and Democrat. When registering to vote, you are asked to identify yourself as either, or as an Independent. While you can vote any way that you like at election time, the majority of those registered to one particular party do not tend to change their election preferences for the majority of the time. You could argue that the country is made up of 45% Republican and 45% Democrat and that the election battlefield is the permanent struggle for the final 10%.

Immediately after being sworn in as a citizen, I registered to vote. A six-foot-long table manned by two volunteers sat outside the ceremonial hall and accepted my registration form. By registering and aligning yourself to one of the two main parties, you are enabled to vote in their respective primary.

A primary election is when those members of a political party vote to select their candidate to run for the Presidency.  As the sitting President, Donald Trump is unlikely to face any challenge from within his Republican party and, as a result, will not need to go through the primary process.

Those running for the Democratic nomination will be selected after a series of primaries and caucuses in the coming months. Each state will have an individual primary or caucus and the candidates will zig-zag around the country trying to pick up victories in each state. It is vital to get off to a good start as a candidate perceived to be within a chance of winning will continue to successfully raise funds, while a struggling candidate will see the financial pot dry up. The more states a candidate wins, the more likely it is that they will win their party’s nomination.

Read More: On this day in 1960, John F Kennedy won the US Presidential Election

The most confusing part of the whole presidential process is the electoral college system. It is highly conceivable that you could receive the majority of votes in the whole country, yet still lose the election. This happened to Hillary Clinton in 2016 and Al Gore in 2000.

But how could this be the case?

50 individual states and arguably 50 individual elections. People will say all states are up for grabs, yet the reality is very different. California is traditionally a Democratic stronghold, while the bible belt in the South leans Republican.

Candidates look to those states that are genuinely competitive and seek to win those that are up for grabs. While some candidates will seek to campaign across all 50 states, the reality is that the majority of states fall into traditional categories and results do not tend to change.

There are really only a few battlegrounds, and it is these battleground states that the final candidates will visit most prominently in the run-up to election day itself. The experienced campaigner will choose to invest the money into places that they have a chance to win, rather than in a place already virtually guaranteed to win.

Primary season officially begins nine months before election day. An analogy of having a baby could be used when historically comparing the running of a presidential campaign over these nine months. There are the days of excitement at the beginning, with good and bad days in between, before the final excitement at the very end. The reality in the modern age is that fundraising and campaigning need to begin nearly a year before the first primary just to ensure you are competitive. The days of a late entrance to the race appear to be gone, and the days of a candidate being selected in a smoke-filled room by party elders at a convention are consigned to history.

Read More: Referendum for voting rights of Irish abroad in presidential elections could be delayed

I registered as a Democrat in July. The primary season will kick off in Iowa on February 3, and I will have my opportunity to help select a candidate in March. It almost seems ironic that my struggle with deciding to become a citizen will see me vote in my first primary on Saint Patrick’s Day.