On St. Patrick's Day Morgan O'Sullivan voted for the first time in the United States, how much has changed in American politics since then. 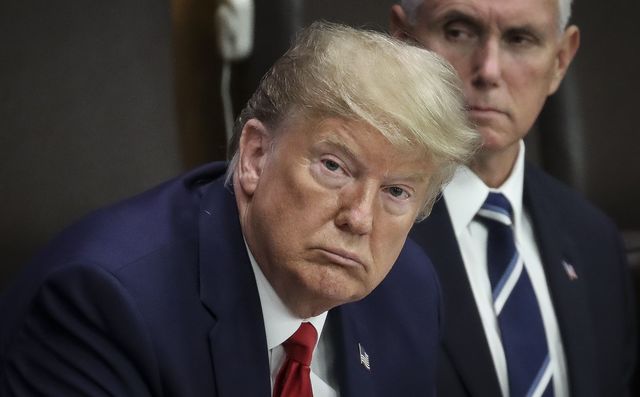 On St. Patrick's Day Morgan O'Sullivan voted for the first time in the United States, how much has changed in American politics since then.

Saint Patrick’s Day seems so long ago now. So much seems to have happened in a relatively short period of time. While March 17th was the day to remember home and celebrate everything great about being Irish, it also marked the first day that I voted in a US election. I voted in the Democratic Primary in Florida. We all know at this stage that Joe Biden will be the Democratic nominee, but it was the process that intrigued me as much as the candidates themselves. Having studied US politics for years and heard all of the stories about the voting fiasco in Florida during the Bush-Gore 2000 election, a great sense of curiosity filled me before going in to vote.

The days of voting with a pencil and paper and marking an ‘x’ or a check in a box seem long gone. The polling station was located in a church community hall, and as the seriousness of COVID-19 was just about awakening in America, hand sanitizer and plastic gloves were evident everywhere. Typically, the polling stations in Florida are manned by retirees, and this year was no different. However, the emerging fear of the virus ensured that some polling centers failed to open.

At my polling station, I went and checked in with my driver’s license. Advising them that this was my first-time voting, in my Irish accent, I assumed I would get congratulations or welcome message. Instead, I felt scolded as the agent questioned why I had not voted before. After checking in, I received my polling card, which was a scantron page, that I was asked to shade in the bubble next to the candidate of my choice. I was also provided with a cardboard sleeve to place my scantron page into once completed. For those not sure of what a scantron page is, it can be compared to filling in a blank lottery ticket.

Once I completed my page, I walked over to a machine, removed my page from the cardboard folder, and inserted it into the machine. Immediately the machine sucked up my page and counted my vote. I was required to give the cardboard sleeve back to the election agent.

My request to keep the cardboard sleeve as a keepsake of voting in a US election was met with bewilderment and ultimately a no. While each state will have its own distinctive voting process, this electronic voting demonstrated how poll results can be tabulated so quickly. A supporter of the system will say it is quick and efficient and takes away the manual counting of votes. A cynic would suggest that an over-reliance on machines and computers could lead to manipulation.

What does the current political climate indicate? America is at a crossroads. The political polarization has seeped into the culture of these united states and how one feels and reacts to COVID-19 is largely shaped by your politics. The nightly cable news shows delight in the role played by President Trump, with one station pumping him up and the other dragging him down. Either way, you are in awe, the awe that he is doing such a great job in handling the crisis or awe that you cannot believe things have gotten so bad in the United States of America.

Joe Biden has taken a back seat to the President in the last few weeks, allowing the national leader to be the face of the crisis. Some would it was a sensible strategy as Trump seems to be on a constant track of political self-harm. Yet this week has seen Biden emerge quietly from the shadows. Bernie Sanders came out and endorsed Biden, followed by Barrack Obama. Talk of a vice-presidential pick has started to gather pace, and while Biden has committed to picking a woman, the Governor of New York Andrew Cuomo has certainly given Biden an alternative to consider.

November is a long way out and it is impossible to know what will happen. However, the country is in crisis. Only 3 months ago everything looked great for Donald Trump. The economy was booming, and the Democrats were in disarray. After all, they couldn’t even manage to count their votes properly at the Iowa Caucus. Then the COVID-19 crisis came along. A country that has always come together at times of crisis is now ripping itself apart. This current crisis is different.

The Republican leadership has largely been dismissive of the virus from the very beginning. The early days saw the virus dismissed as no worse than the common flu and no threat to the country. As the reality of the virus has kicked in, there are still Republican governors who refuse to place their states on lockdown, while others plead to re-open the economy at all costs. Rather than people before profit, the glaring tragedy for some is that it is a profit being placed before people.

The Governor of Florida wants to open schools up as soon as possible because he believes that young people do not appear to suffer from the impact of the disease. Where does this place teachers and school administration on the totem pole of life? Michigan has had to deal with protests from people wanting shops and businesses to reopen.

The Republican leadership has largely viewed the response to COVID-19 as an overreaction. They want the economy to be reopened as soon as possible, fearful of the country falling into a long-term recession or even depression.

The Democratic leadership urges caution and puts the protection of all from the virus as the priority, even if this may impact on the economy. Which one is correct is largely influenced by your political leanings. But will it matter on election day? In election terms, the traditional view indicates that the electorate only remembers the last three months before the election, and as such none of this may matter come November. But Donald Trump is anything, but a traditional politician and this race has been anything but traditional so far.