The Northern Ireland battle for Westminster seats could see a nationalist voice from Belfast in London after the UK's Brexit election on Dec 12. 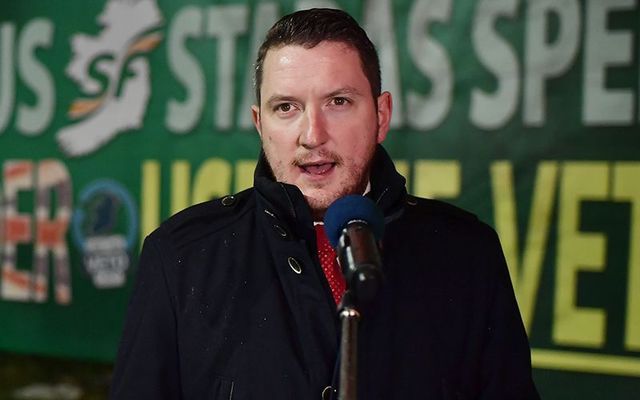 The Northern Ireland battle for Westminster seats could see a nationalist voice from Belfast in London after the UK's Brexit election on Dec 12.

Imagine if your father was shot dead before your eyes when you were eight years old.

The year was 1989 and human rights lawyer Patrick Finucane (39), who frequently represented Irish republicans in the law-courts, was having Sunday dinner with his wife Geraldine and their three young children at the family home in Belfast. Loyalist paramilitaries broke into the house, shot Finucane 14 times and also wounded Geraldine.

Former British prime minister David Cameron, after he had received a report on the evidence gathered about the killing,  accepted that there was a “shocking” level of state collusion with the Ulster Defence Association in Finucane’s assassination.

Thirty years on, Pat Finucane’s son John is Lord Mayor of Belfast and a candidate for Sinn Féin in the general election to the Westminster parliament on December 12th. He is running in the constituency of North Belfast where the sitting Member of Parliament is Nigel Dodds, deputy leader of the Democratic Unionist Party (DUP). Back in 1996, Dodds and his wife, Diane, were visiting a seriously-ill child of theirs in hospital and the IRA launched an attack in which a member of the couple's police escort was shot in the foot.

The two candidates previously competed in the general election of 2017 when Dodds received 21,240 votes compared to Finucane’s total of 19,159. The margin of victory was 2,081 but, in the same election, the Social Democratic and Labour Party (SDLP), Green Party, and Workers’ Party got 3,062 votes between them. None of these three parties is putting up a candidate this time around and, if Finucane can get slightly more than two-thirds of their supporters on his side, he could win against his DUP opponent.

It won’t be easy but the fact that Sinn Féin is a strong opponent of Brexit, the proposed departure of the United Kingdom from the European Union, is likely to help his cause. The DUP have been strong supporters of Brexit, although they are very unhappy with the deal worked out by UK Prime Minister Boris Johnson with the EU, whereby there will be trade and customs regulations between Northern Ireland and the British mainland. The DUP and other unionists are deeply concerned that this will weaken the link between the North and Britain and help pave the way to a United Ireland. 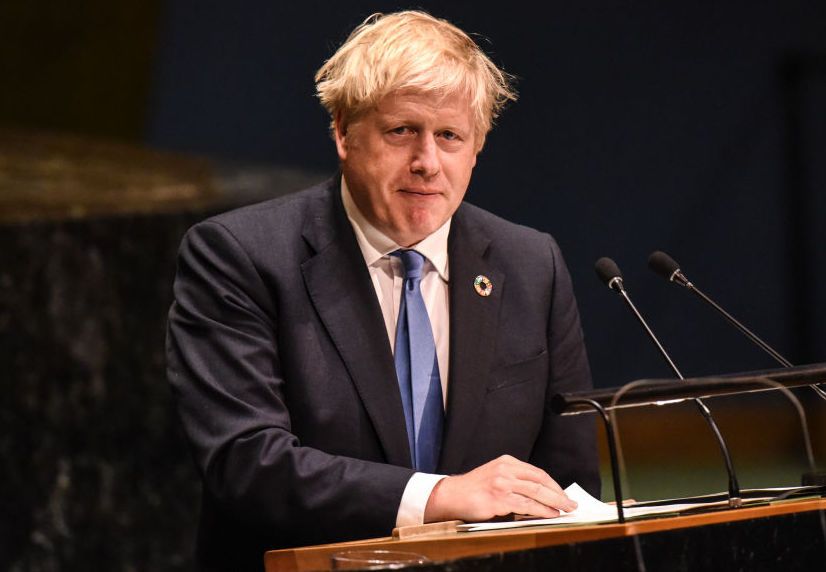 With so much at stake, it is hardly surprising that the North Belfast seat is being fiercely contested. A banner on the family history of the Finucanes has been put on display by loyalists which seeks to link them very closely with the republican movement in the years of the Northern Troubles. Attention has also been drawn to the fact that a member of John Finucane’s campaign team, Sean Kelly, was convicted of taking part in the Shankill Road bombing of 1993, in which ten people were killed, including an IRA activist. More recently, it was brought to light that John Finucane, unable to get access to a public toilet late at night, had been caught urinating in Belfast city center last June. Some observers believe that the nature and intensity of the attacks on Finucane’s reputation may arouse the anger of middle-class nationalists and impel them to get out and vote for the Sinn Féin contender.

The DUP currently holds ten of the 18 Westminster seats in Northern Ireland, with Sinn Féin holding seven and the final one occupied by an independent unionist, Lady Sylvia Hermon, who is not running this time. The SDLP decision to stand aside in North Belfast has been matched by Sinn Féin not standing in South Belfast. In the latter constituency, Claire Hanna is seen as virtually certain to win the contest for the SDLP, a party that takes its seats at Westminster, unlike Sinn Féin who maintains the traditional Irish republican policy of abstentionism. 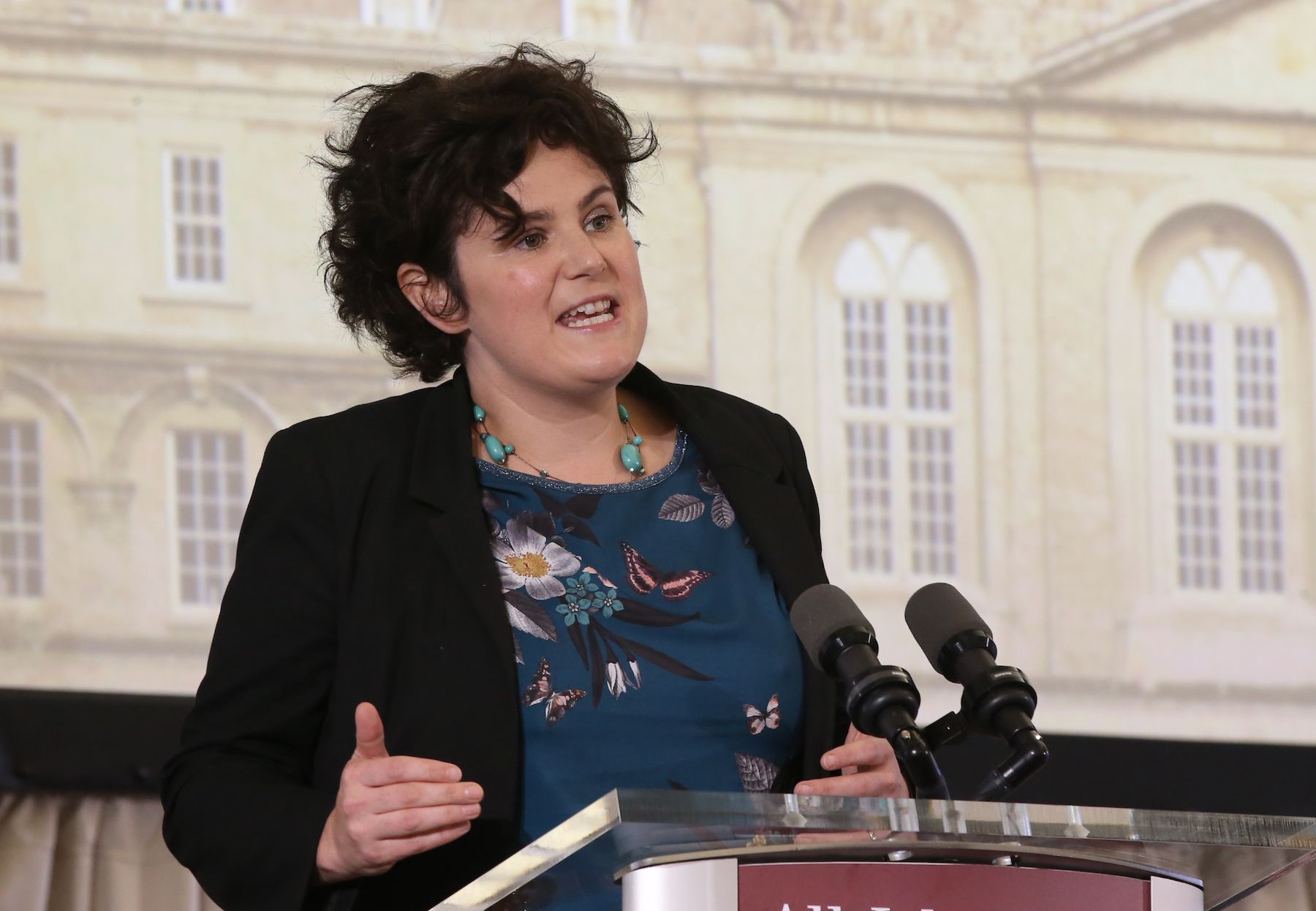 Although Sinn Féin and the SDLP are cooperating in North and South Belfast, there is intense competition between them in the Foyle constituency, which is based in the city of Derry/Londonderry. SDLP leader Colum Eastwood is hoping to take the seat from Elisha McCallion, who was elected for Sinn Féin in 2017.  Another constituency where the result could be very close is Fermanagh-South Tyrone where sitting Sinn Féin MP Michelle Gildernew is being challenged by Tom Elliott of the Ulster Unionist Party. Another closely-watched contest is taking place in East Belfast where Naomi Long, leader of the cross-community Alliance Party, is seeking to oust the incumbent, Gavin Robinson of the DUP.

All in all, the battle for Westminster seats in Northern Ireland is a good deal more exciting and unpredictable than it has been in the past. A win for John Finucane in North Belfast would be quite a feather in Sinn Féin’s cap and, if Claire Hanna takes South Belfast, there will be a nationalist voice from the North in Westminster for the first time in two years. It all means that a lot of people in Ireland, north and south, will be glued to their radio, TV and social media as the count proceeds through the night after the polling booths close on Dec 12.