Fresh inquiry into the murder of forestry worker Seamus Ludlow near the border in County Louth to be launched following a meeting between the victim’s relatives. 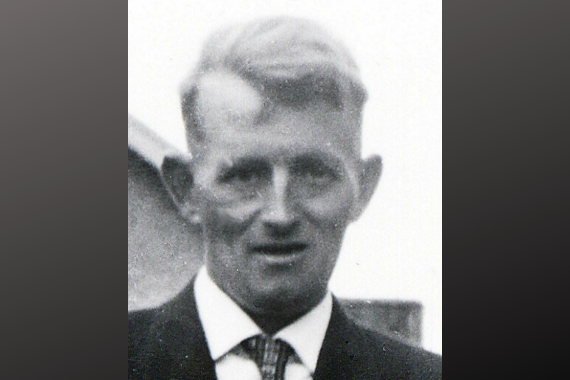 Seamus Ludlow: A new inquiry is to be opened into a 43-year-old murder in County Louth. YouTube

A fresh inquiry into the murder, probably by loyalists, of a forestry worker near the border in County Louth 43 years ago is likely to be launched following a meeting between the victim’s relatives and Garda Commissioner Drew Harris.

The meeting between Harris and the relatives of Seamus Ludlow took place this week shortly after Sinn Fein’s Gerry Adams, TD for Louth, in a statement noted that in 2006 the Barron Commission recognized ”serious failure” by the state to investigate the killing appropriately.

Ludlow was shot in 1976 after leaving a bar in Dundalk.  His body was later found near his home. He had no paramilitary connections.

The state described it as a “callous sectarian murder.”

The Irish Times reports that the state apologized to the family over the conduct of the garda investigation, inexplicably abandoned after just three weeks even though members of the Royal Ulster Constabulary had identified suspects.

Read more: The European Union and the Good Friday Agreement - the EU’s involvement in peace

No one was ever charged, and the family says gardai failed to pursue an important line of inquiry – that Ludlow was a victim of either loyalist or British forces who mistook him for a senior member of the IRA.

Relatives described Monday’s meeting with Harris at his office in Dublin as “positive,” with him giving a commitment to re-examine the case.

Family solicitor Gavin Booth said after the meeting, “He agreed that there were a number of investigative opportunities still available to the Ludlow family.

“He said that he is going to review the situation and meet with us further in the early New Year to discuss the case and bring it forward. He said that he would correspond with the authorities in the North in order to bring forward a timely investigation.”

Michael Donegan, 64, one of four nephews of Ludlow who attended the meeting, said they were confident of making progress.

He said, “We are determined we will never give up. Never! As long as there’s breath in our bodies we will fight for his good name.”

The family believes he was assassinated by a loyalist death squad comprising a Red Hand Commando and two members of the Ulster Defense Regiment.

They were angered by rumors that began to circulate after his death that he was killed by the IRA for being an informant.