A full break between London and loyalism has never come to fruition, but it’s possible we could be heading in that direction for the first time. 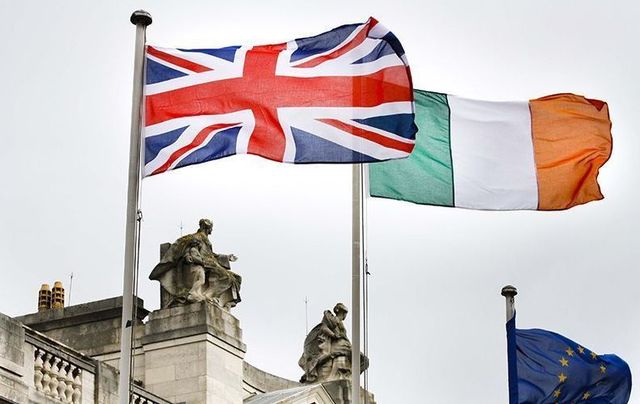 May 17, 2011: The British Flag flying in front of Government Buildings on the day of Queen Elizabeth II's visit. RollingNews.ie

Northern Ireland’s loyalist community has always existed in a state of precariousness between Britain and Ireland — not quite British or Irish, and never fully trusting the intentions of either side.

Just as loyalists feared that Irish Catholics were bent on conquering Northern Ireland and absorbing — or outright eliminating — the Protestant community there, they also feared that British politicians didn't have their interests at heart and were always prepared to abandon them if it advanced their goals.

So even though loyalists have shown a default alignment with the British government throughout the history of Protestant Ireland, their support has always been conditional. In fact, the Orange Order’s original oath in the late 18th century made it clear that the loyalty of its members was dependent on the Crown’s protection of the Protestant ascendancy in Ireland. This was something Irish nationalists have always liked to point out, believing it to be a sign that loyalists weren’t really British — just Irish people who didn’t know it yet.

This insecurity was at the heart of fierce loyalist resistance throughout the 19th and 20th centuries to government-led initiatives to grant greater legislative authority to (Northern) Ireland. Loyalists have always feared that any dilution of the union between Britain and (Northern) Ireland would put them on track to a Gaelic-Catholic-majority Irish state in which their interests as British Protestants would be ignored and their identities eventually lost. The government, they feared, would be complicit in such a process.

Now, we are witnessing one of the most serious breaches of faith between the British government and loyalism in generations. Loyalists are enraged at the Northern Ireland Protocol, a key stipulation of the Brexit withdrawal agreement that kept Northern Ireland part of the EU customs union while the rest of the United Kingdom left.

Opponents of the deal see the Protocol as an unfair concession to republican threats of violence. Remember that the main impetus for the Protocol was the widespread concern that Brexit might inspire republican paramilitaries to restart their campaigns of violence and drag the country back to the bad old days of the Troubles. Although the Protocol was considered necessary to appease the EU and Irish side of the Brexit negotiations, loyalists felt London was all too happy to oblige, eager to rid itself of Northern Ireland and realize the Brexit of its dreams.

Loyalists organized several protest meetings in October and November 2019 after the agreement was announced. Anger and frustration bubbled throughout the COVID-19 pandemic before overflowing in an outburst of rioting in April.

Since then, London has only made matters worse. Another breach of trust occurred in the midst of last month’s political drama largely centered around the Democratic Unionist Party (DUP), the largest unionist party in the country. The resignation of DUP leader Arlene Foster after an internal party coup put the future of the legislative assembly in doubt and made an early election a distinct possibility.

The British government was evidently concerned that Sinn Féin would hold out and refuse to vote in favor of the DUP’s nomination for First Minister, which would have certainly led to an early election. The government went over the heads of unionists and struck a deal with Sinn Féin committing itself to introducing legislation that would give the Irish language sweeping protections. An Irish language act has been a key policy objective for republicans for decades, and it was at the heart of the impasse that shuttered Stormont from 2017 until just last year.

Unionists consider a standalone Irish language act an affront to the British character of Northern Ireland and a threat to their sense of Britishness. They see it as part of a broader war for cultural supremacy in Northern Ireland, so the British government’s willingness to negotiate directly with republicans without consulting unionists on the matter was highly offensive.

The latest rift between loyalism and the government occurred after Prime Minister Boris Johnson made the shock announcement that his government intended introduce legislation in the autumn that would place a statute of limitations on all Troubles-related crimes, effectively amounting to an amnesty for all combatants. While such a move would necessarily include loyalist paramilitaries — a big win for loyalism — it would also mean many former republican militants would be free from prosecution. Some loyalists see that as yet another concession to republican terror.

It’s easy to look at all this as a series of pragmatic steps by the British government to handle numerous vexed and emotional issues. Identity, reconciliation, and multilateral trade talks are no small matters. But in the loyalist view, it’s all evidence of a long process of transitioning Northern Ireland from British to Irish control that began with the signing of the Good Friday Agreement in 1998. Once republican terrorism was rewarded with political legitimacy, many loyalists believe, it was inevitable that nationalists — aided by an irredentist Irish government and a disinterested British one — would eventually swamp the institutions of state and wipe Northern Ireland off the map.

For loyalists, then, it’s never really been about the Irish language, the amnesty, or even the protocol — it’s about protecting their sense of Britishness in the face of threats against it from both Irish republicans and British politicians. Loyalists have always known that the threat to their identity came from both sides, and they have never shied away from fighting British leaders on the issue as fiercely as they fought republicans. A full break between London and loyalism has never come to fruition, but it’s possible we could be heading in that direction for the first time. The result could be an entirely new axis of confrontation in Northern Ireland.