An Irish lesson for the British on Biden

"The British are underestimating the influence the Irish lobby has with this most Irish of presidents, Joe Biden." 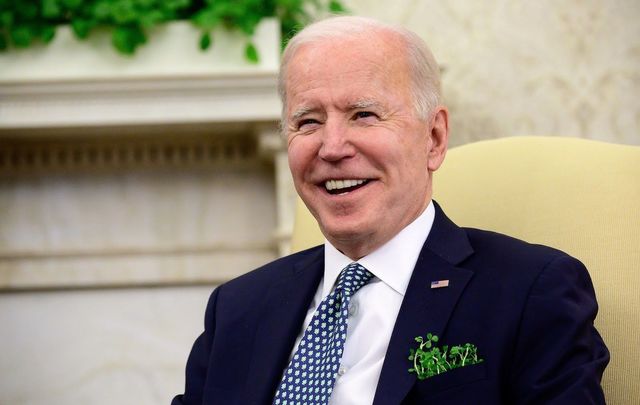 Here is a quote from an article this week in The Irish Times: “The same logic applies to Washington, where British officials are more dismissive than before of the role of Irish American politicians in influencing the Biden administration’s approach to the Protocol.

"They are confident that, if they avoid unilateral actions that are in clear breach of international law, they can persuade the U.S. that European intransigence rather than British backsliding is responsible for the impasse.”

The quote is from the paper’s London editor Denis Staunton, relaying the not unexpected news that Britain is likely to harden its line on the Brexit issue and Northern Ireland and demand changes to the now infamous Protocol that are favorable to the unionists despite what the European Union or America thinks.

It is classic British arrogance, and the dismissal of Irish America induces a strong deja vu reaction among Irish leaders here. Little has changed in the imperial mindset of the British even when they're proven utterly, ineffably, wrong.

Here is historic context for that last statement: The Northern Ireland office last week released a tranche of internal British documents leading up to the Gerry Adams U.S. visa and the special envoy clash with Irish America in 1994, with the British government determined to stop both the visa and the envoy proposal.

As the Northern Ireland Office papers reveal, the same arrogance and failure to comprehend how America works was at the core of the devastating defeat Irish America delivered on both issues to the British.

It is clear that the default position whether in 1994 or 2021 has not changed -- it is the British way or the highway.

Ireland’s impressive Foreign Minister Simon Coveney, as shrewd a British policy critic as there is, stated, “There was no generosity at all” in the British position, remarking it was a “very strange way to make friends and build partnership.”

The British subsequently softened their tone, but it is absolutely clear they intend to play hardball on Brexit and the Protocol even if it raises the specter of a physical land border being reintroduced in Ireland between north and south.

They were the same with the Adams visa and special envoy and indeed the MacBride Principles as the latest historical papers show -- play the issue long, concede no ground, keep the Paddys at bay, and view it through a colonial mindset.

Except Irish America handed them their head on the visa, the special envoy, and the MacBride Principles. In retrospect, it was vitally important they did.

The Adams visa and the appointment of Senator George Mitchell as envoy were absolutely critical in creating the peace process and Good Friday Agreement. Had President Clinton listened to the British, there would likely still be bombs going off in Belfast.

If Staunton is right, then the same colonial mentality towards Irish America has surfaced again, and once again, the British are underestimating the influence the Irish lobby has with this most Irish of presidents, Joe Biden.

Figures like Ways and Means Chairman Richie Neal, not to mention insiders like National Security Advisor Jake Sullivan, will not be recommending to Biden that he go run and hide.

The British need to wake up. The special relationship went out with the 1994 tide.

They don’t seem to be able to comprehend that just yet. Perhaps the fact that apparently, it appears no one wants to be U.S. ambassador to the U.K. sends a pretty good hint.

*This editorial first appeared in the July 14 edition of the weekly Irish Voice newspaper, sister publication to IrishCentral.