GOP will not survive if it continues to side with Trump

One can only imagine the reaction of Trump supporters if it had been Colin Kaepernick and Black Lives Matter that led the assault on the Capitol. 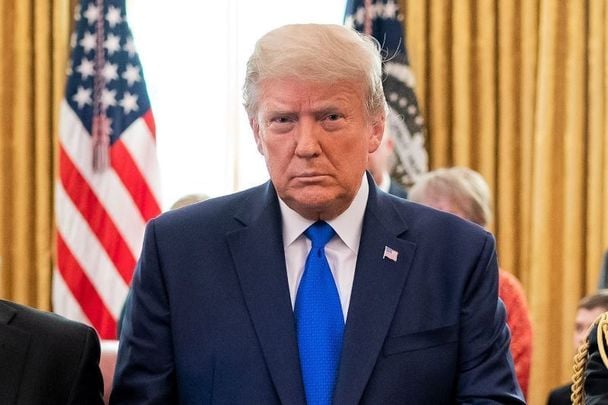 Armored cars and tanks and guns, special forces, and the National Guard would no doubt have been involved in defeating the black mob. When it is a white mob it seems there is far less urgency.

* This article was published as the Editorial in The Irish Voice newspaper on Wed, Feb 17, 2021.

Nobody would have been more enraged by a black mob than the Trumpsters who have shown that when it comes to desecrating the American flag, they can beat people half to death with the flagpole and justify their violence.

Kaepernick knelt in protest of police violence against the African American community, creating a nationwide outrage about respecting the sacred symbol. He injured nobody, desecrated no flag, and insulted only those who love to be insulted including then president Trump, whose fealty to the flag and what it represents is directly linked to whether he can save it as his very own fascist symbol, belonging only to him and his mob.

He led the “1776 inspired” patriots through their mayhem and madness and sat for five hours in the White House as the mob ruled on January 6.  Then he told the goons, the racists, the band of morons indoctrinated by Fox News on the fatal mission, that he loved them.

Yet those same “patriots” had no problem attacking their alleged beloved men and women in blue with flagpoles, baseball bats, fire extinguishers, and any other weapon that came to hand.  Defunding the police pales in comparison to killing three of them (two by suicide) and maiming and injuring 140 others.

Of course, they are the mob that can do no wrong in the eyes of mainstream Republicans who see no irony in slamming Black Lives Matter while defending Trump's behavior in inciting the Capitol mob.

The craven and sniveling Senator Lindsey Graham, who remains firmly attached to Donald Trump’s rear end, stated that Democrats were actually to blame for the whole sorry mess on January 6. Forty-three GOP senators agreed with him when they cast their votes against impeachment last Saturday. The caliber and moral fiber of those we send to the Senate these days would drive one to despair.

If the future of the Republican Party is young turks like Senator Ted Cruz and Josh Hawley, both white men of great wealth and privilege who somehow claim they got a rough deal in life, then we are in for a terrible period.

Hawley’s white power salute to the gathering mob on the 6th should be a final black mark on his political career, but one is reluctant to rule anyone out after the madness of would-be King Trump was tolerated and even accepted at the highest levels of his party.

The Republican Party faces an existential choice. They can be the party of Trump, in which case they fail to meet basic democratic standards and acquiesce in the attempted demise of democracy, or they can become the party of smaller government, lower taxes, attractive to business and conservative on social issues.

They most assuredly cannot become both.

Trump has thrown down the gauntlet.  Senate Minority Leader Mitch McConnell ripped into Trump as an inciter of violence, a liar who spouted “wild falsehoods” which made Trump “practically and morally responsible” for the riot which was “orchestrated” by Trump, McConnell said, adding that his party must urgently curtail Trump’s influence.

That, however, is easier said than done.  Trump has built a political machine like no other and seems impervious to blame among a huge swathe of GOP members.

They are signing their party’s death warrant if they allow him to win out.