Republican Senator Bill Cassidy was one of seven GOP Senators to vote against Trump during Saturday's impeachment vote. 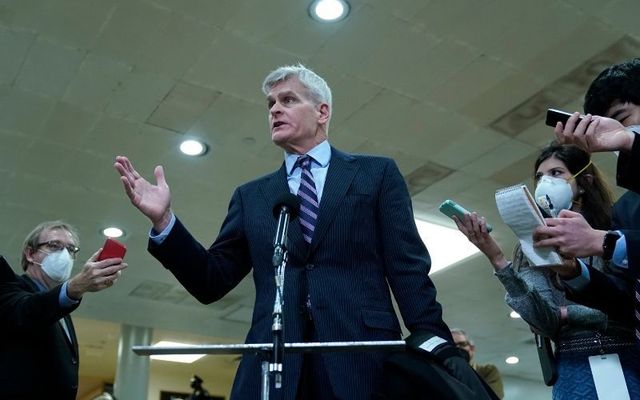 An Irish-American Republican Senator from Louisiana has gone viral after he tweeted his reason for voting to impeach Donald Trump in Saturday's Senate vote.

Republican Senator Bill Cassidy was one of seven GOP Senators to vote against Trump during Saturday's vote and took to Twitter to explain his decision.

"Our Constitution and our country is more important than any one person. I voted to convict President Trump because he is guilty," Cassidy said in a ten-second video on Saturday afternoon.

The tweet has since gone viral, generating more than 55,000 likes and 8,000 retweets,  while the video has generated more than 1.1 million views.

Our Constitution and our country is more important than any one person. I voted to convict President Trump because he is guilty. pic.twitter.com/ute0xPc4BH

Cassidy also penned an op-ed for local paper the Louisiana Advocate on Sunday morning to further explain his reasons for voting against Trump.

"Even as Vice President Mike Pence was being evacuated to a safe location by Secret Service agents because the mob was approaching the Senate chamber, President Trump was calling Senators trying to block certification."

The Irish-American Senator condemned Trump for not activating the National Guard on Jan. 6 while his supporters stormed the Capitol Building and he also criticized the former President for not telling his supporters to stand down.

He also noted Trump's frequent unfounded claims of widespread voter fraud and his speech to his supporters hours before the Capitol riots. Cassidy said that he was forced to rely on Trump's tweets and his actions when casting the vote since the former President did not testify in the Senate.

He said that he voted to convict Trump "because that's what the facts demanded".

"I made this decision because Americans should not be fed lies about ‘massive election fraud.’ Police should not be left to the mercy of a mob. Mobs should not be inflamed to disrupt the peaceful transfer of power."

Trump was acquitted in the Senate on Saturday after Democrats failed to reach the two-thirds majority required to convict him.

Senator Minority Leader Mitch McConnell, who voted against impeachment, said that Trump was "practically and morally responsible" for provoking the Capitol riots on Jan. 6 in a scathing attack against the former President.

However, the impeachment vote fell ten Republican Senators short of succeeding, allowing Trump to run for office again in 2024.