Is Donald Trump's indictment over January 6th on its way?

What is Donald Trump's liability in the January 6 insurrection? US Attorney General Merrick Garland has tough calls to make. 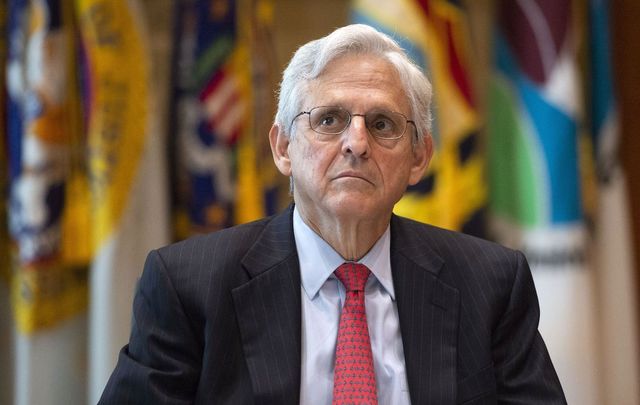 The January 6th congressional committee has done a superb job so far. Using testimony, mostly by stalwart Republicans, they have shown that ex-president Donald Trump rejected the clear evidence that he lost the election, leading to his promotion of the Big Lie which has caused a major crisis in American democracy.

Former president Donald J Trump warned people in advance of the poll in November 2020 that there could only be one winner. Think about the absurdity of this contention.

Elections are central to the idea of a democracy because it is clearly understood that the candidate who gets the most votes earns the legitimacy that accompanies winning. Trump’s statement in advance that if the voters favored his opponent then the results had to be fraudulent made a mockery of the whole balloting process.

The committee has established that Trump settled on a multi-pronged attack on the official results. Focusing on the swing constituencies from Pennsylvania to Arizona to Georgia, he accused Democrats of tarnishing the election by engaging in all kinds of chicanery in order to steal victory.

His lawyers, led by the posturing Rudy Giuliani, went before 62 judges but failed to show any evidence of possible election fraud, so the “cases” didn’t even merit a hearing. The former New York mayor is disbarred from practicing in his own state because of his lack of professionalism, and he is facing a similar penalty in Washington.

In a last Hail Mary play, Trump went to the Supreme Court to plead election irregularities in four swing states: Michigan, Pennsylvania, Georgia, and Wisconsin. He had appointed three of the justices, so he felt that his plight should get favorable treatment. Instead, the court rebuffed his efforts in an unsigned order refusing even to consider the case.

Enter General Michael Flynn, onetime national security advisor to Trump who was convicted of lying to the FBI about his ties to Russian oligarchs, proclaiming on the Newsmax cable channel that the president had the power to seize every voting machine in the country. He also claimed Trump could instruct the military to arrange a rerun of the election in swing states. In his appearance before the congressional committee, Flynn astonishingly pleaded the Fifth Amendment when asked if he agreed with the peaceful transfer of power after the presidential election.

Trump was receptive to Flynn’s ideas which had the loud approval of the paranoid right-wing lawyer Sidney Powell. With executive orders prepared by her, the president weighed the viability of using his powers as commander-in-chief to stay in office. Reportedly, he finally listened to his staff, including Giuliani, who prodded him to stay away from the asinine approach of calling in the military.

His next move brought to mind the Cat’s assertion in Alice in Wonderland: “Imagination is the only weapon in the war with reality.” He and his cronies found fake electors and provided them with all the documentation that would suggest to the untutored eye that they were genuine, ready to push their claim in Washington.

Evidently, the Department of Justice is meeting with these sham electors who are in deep doo-doo as they try to justify their willingness to cast a ballot for president on January 6 in Washington. They are also resolutely questioning John Eastman, reputedly a whiz lawyer, who seems to be the brains behind this odious idea.

Meanwhile, Trump pleaded with his usually docile vice president Mike Pence to renege on his clear vice-presidential duty affirming the official results. Instead, he wanted Pence to send the results from the swing states back for review by local legislators. Pence stood tall against the massive pressure exerted on him and insisted on doing his job in accordance with the Constitution.

Next, Trump summoned his avid supporters, including right-wing militia groups, for a mass demonstration on January 6. They came in their thousands ready for action. Trump pointed publicly to Pence as the man who was refusing to cooperate with his strategy which would open the door to victory.

The mob identified Pence and House Speaker Nancy Pelosi as their main enemies as they ferociously attacked the Capitol building. Pence, gibbetted by the crowd, narrowly escaped their clutches as he and his family were led to a hiding room in the basement in the Capitol.

What about the law? Are there legal implications for the participants in the effort to change the official result of the presidential election?

Some members of the Proud Boys or their likes have been sentenced to up to a few years in prison while many others are awaiting trial. But what is happening to people higher up, the men who called the angry crowd to Washington?

In particular, what about the former president’s legal liability? He summoned the crowd promising a “wild” time. He spoke in the ellipse praising the big numbers and urging the Secret Service to exempt some of the crowd from the ban on carrying weapons in the environs of the Capitol.

There are three main considerations by the Justice Department in deciding how to deal with a really knotty situation. The first raises the question of establishing criminal intent.

No doubt, Trump and his lawyers will insist that their client’s actions were driven by his considered legitimate opinion that the election was stolen by corrupt Democrats. How credible is this assertion considering his belligerent behavior after the election results were confirmed in the various state capitals?

Merrick Garland, the current attorney general, is well aware that no previous president has been indicted and if he choses to move to a trial, Trump’s followers will not see that decision as legally valid and will view it through the prism of their grievances. The ensuing trial would inevitably deepen the divisions in an already fractured country.

In addition, Garland will worry about the precedent of future ex-presidents facing legal action when the opposing party takes over in the White House. Already, Republicans in the House of Representatives are plotting revenge for the ongoing Thompson hearings when they, as expected, assume majority status in the House after the November elections.

Garland has stated that he will be solely guided by a commitment to the rule of law which, he explained, means his decisions will reflect the basic legal principle that in any constitutional democracy all citizens, irrespective of social status or importance, must be treated equally. Trump is no exception.