Jarlath Regan's "An Irishman Abroad Podcast" is back to analyze a tumultuous week in US politics in the latest episode "Who is Cassidy Hutchinson? & The Supreme Court Rampage." 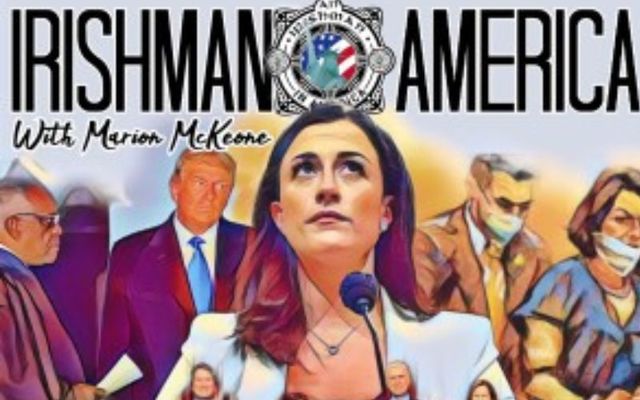 One of Ireland's most entertaining podcasts is back with another fascinating episode, this time focusing on the fallout from the US Supreme Court decision to overturn Roe v Wade last week.

Jarlath Regan's "An Irishman Abroad Podcast" is back to analyze a tumultuous week in US politics in the latest episode of the series, "Who is Cassidy Hutchinson? & The Supreme Court Rampage", which was released on Friday.

Regan is joined by US correspondent Marion McKeone, who explains the sense of bewilderment across much of America after the Supreme Court "lost the run of its self" over the past week.

The pair analyzed the Supreme Court's hotly contested decision to overturn Roe v Wade in addition to its apparent decision to review same-sex marriage, contraception, and freedom of the press laws, pondering whether too much is happening at present for American people to take in.

"The Supreme Court has taken it upon itself to enforce a very right-wing, patriarchal, very conservative, and culturally ideological viewpoint on the rest of the country and it is doing so by basically overturning laws that were settled laws for half a century," McKeone told Regan during the Friday's podcast.

They also cast their eyes over the "most shocking testimony yet" from the January 6 hearing, exploring the background of White House aide Cassidy Hutchinson.

The podcast also examines two high-profile trials in the US as Ghislaine Maxwell and R. Kelly received 20 and 30-year prison sentences respectively for separate trafficking offenses.

Regan's podcast offers up the most diverse range of entertaining podcasts each week. Make it a fixture on your smartphone or tablet by subscribing here or by signing up to the premium feed to help support the creation of the show. Visit the Irishman Abroad's SoundCloud, Apple listings or support them on Patreon.

Over time the series has become more than just a glut of content, it’s a community where listeners join together to support the continued creation of the show and receive exclusive episodes in return. But this global Irish village mentality that feeds the Irishman Abroad series does not stop with those that listen.

The growth of the series has been exponential in recent years with Jarlath creating spin-off series on US politics (Irishman In America), basketball (Irishman Inside Basketball), true crime (Irishman Behind Bars), toxic masculinity (Men Behaving Better), and wellness (Irishman Running Abroad).

Check out the latest episode in the series here.