"Ireland can be proud that they gave the United States its greatest President," Jacqueline Kennedy said to President of Ireland Eamon de Valera in a heartfelt, handwritten letter in January 1964. 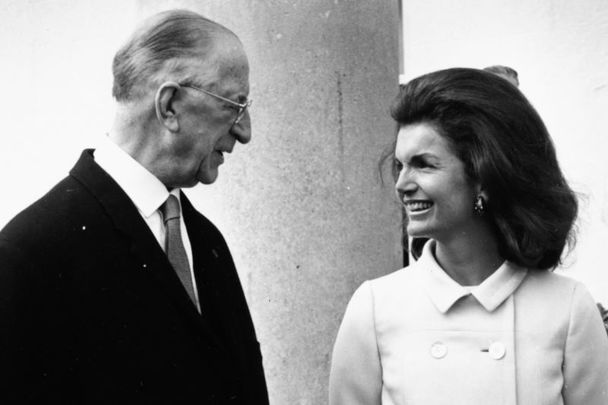 Kennedy, the great-grandson of Irish immigrants, relished his Irish heritage and in June 1963, he became the first incumbent US President to make an official visit to Ireland. His four-day trip included stops in Dublin, Wexford, Cork, Galway, and Limerick, all of which he was warmly received at.

“This is not the land of my birth but it is the land for which I hold the greatest affection," President Kennedy said while in Co Limerick. 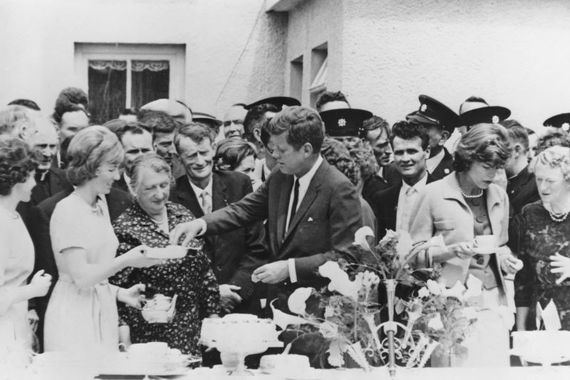 Kennedy's affection for Ireland was palpable, as evidenced below in First Lady Jacqueline Kennedy's handwritten letter to President of Ireland Éamon de Valera in January 1964. In the letter, she thanks the President and the people of Ireland for their sympathies, and puts into words her late husband's love of Ireland.

IrishCentral is delighted to share here the historic letter, which is featured in "The Presidents' Letters: An Unexpected History of Ireland” from Irish journalist Flor MacCarthy. "The President's Letters" is the July 2022 selection for the IrishCentral Book Club.

The following letter is reproduced by kind permission of UCD-OFM Partnership.

I do wish to thank you with all my heart - for coming to my husband’s funeral - and for bringing with you the Irish Cadets - who had moved him so a few months before in Ireland - and who then moved the world at his grave.

I am only grateful for one thing in these sad days - that he did have the chance to return to Ireland as President of the United States last summer. That trip meant more to him than any other in his life - he called me every night of it and would tell me all that had passed in the day.

He would have never been President had he not been Irish. All of the history of your people is a long one of overcoming obstacles. He felt that burden on him as a young Irishman in Boston - and he had so many obstacles in his path - his religion, his health, his youth. He fought against each from the time he was a boy, and by always striving, he ended as President -

He was so conscious of his heritage - and so proud of it - and Ireland can be proud that they gave the United States its greatest President. Now those words may sound the words of a bereaved wife - but in a generation that is what they will be teaching to school children.

I will bring up my children to be as proud of being Irish as he was. Already our house is named Wexford - and they play with those beautiful animals - the Connemara pony and the deer. Whenever they see anything beautiful or good they say ‘that must be Irish’ - and when they are old enough I will bring them there.

Please thank Mrs de Valera for me for her most touching letter which you gave me. She taught him poetry - which he remembered and often said to me - and tried to teach his daughter - All the most moving things I have read about his death have been Irish poetry - ‘Who to console us now, Sean of the Gael’ - and so many others.

I send to you and to Mrs de Valera - two cards - one was how he looked during the campaign, the youngest one - and the other as President. How it aged him in less than three years.

I send you my deepest gratitude - 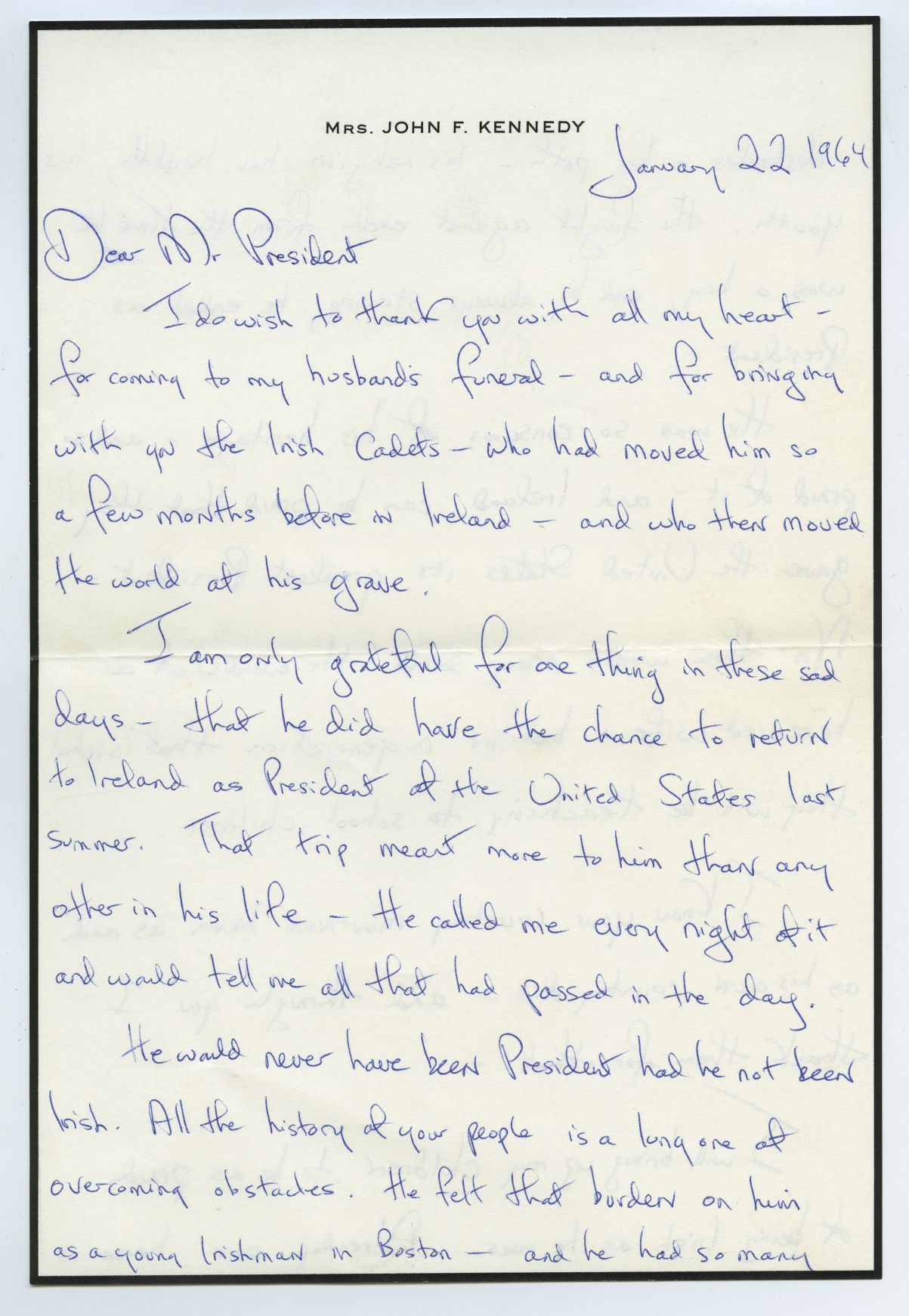 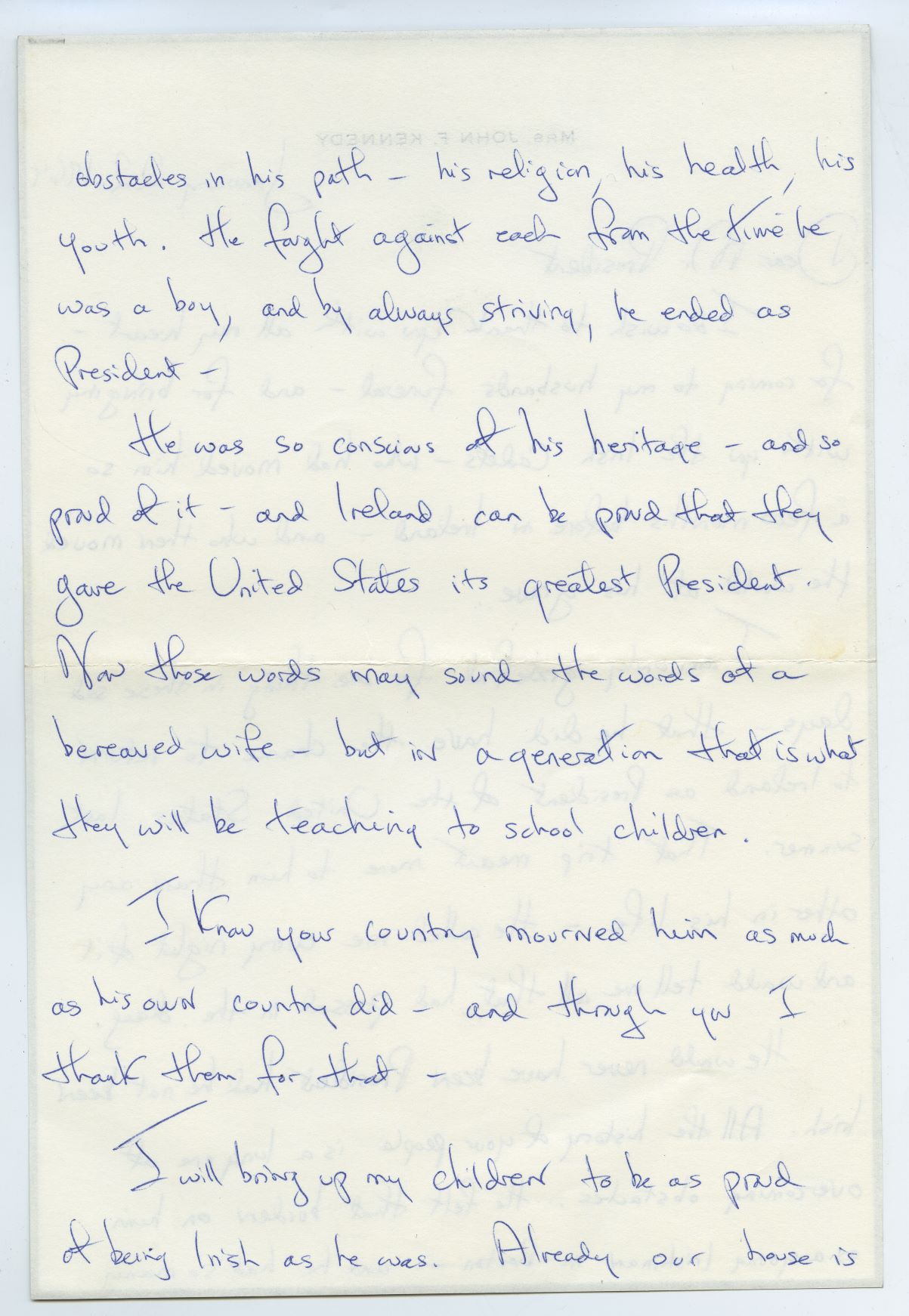 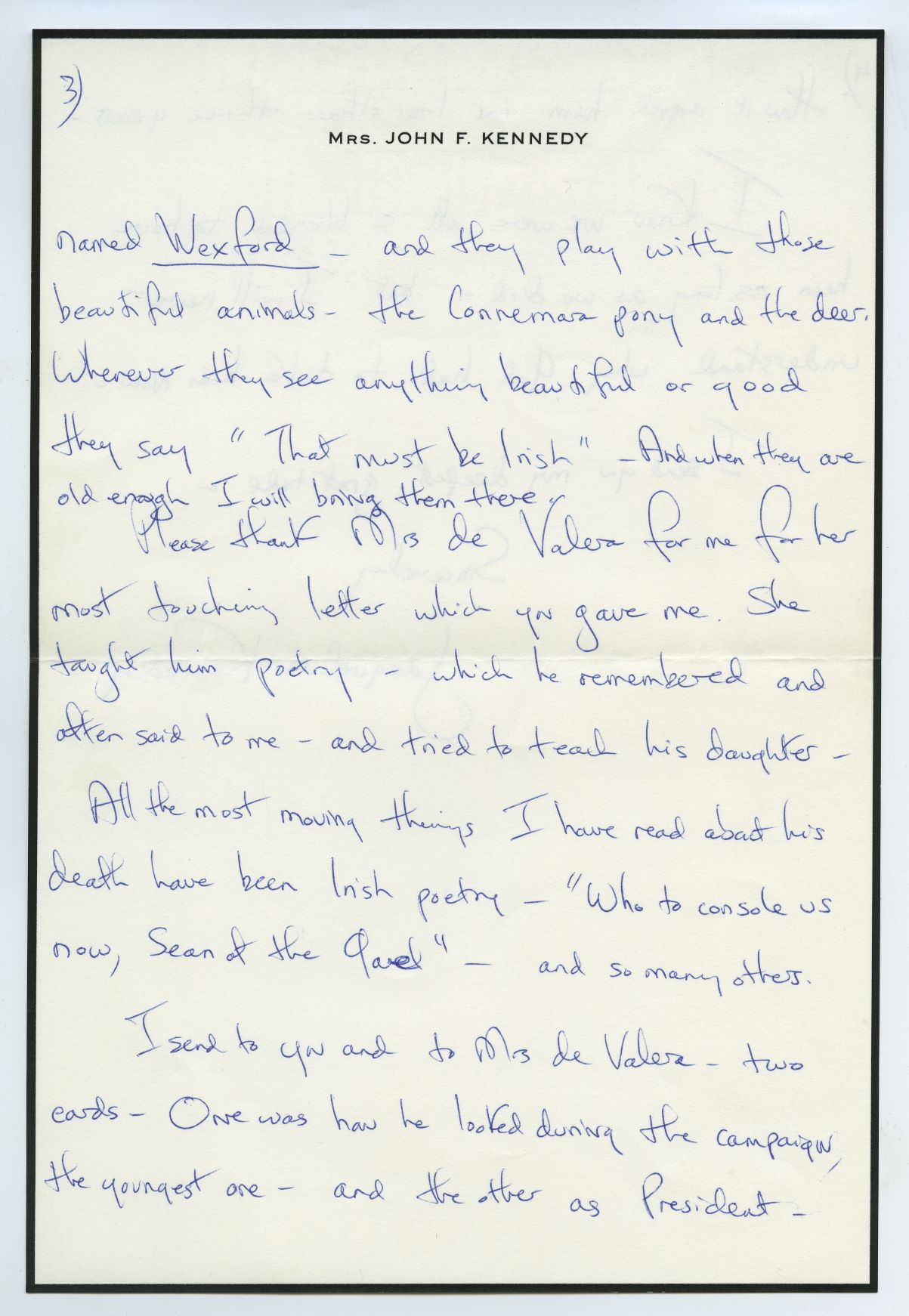 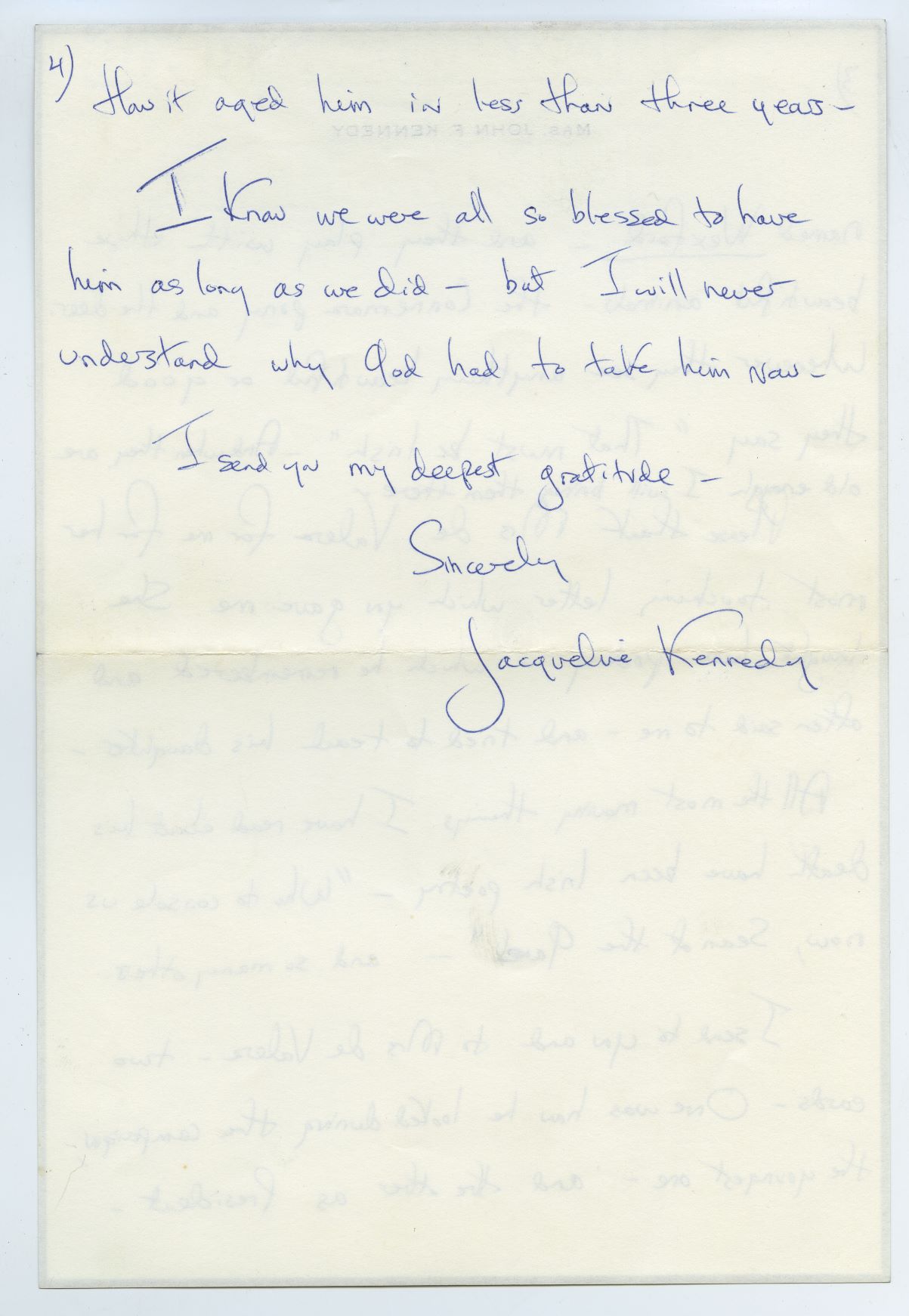