US Supreme Court is over-reliant on outdated Constitution

According to the Republican-appointed majority on the Supreme Court, abortion must be blocked because dead men who never talked about it or put a provision for it in the Constitution decreed so. 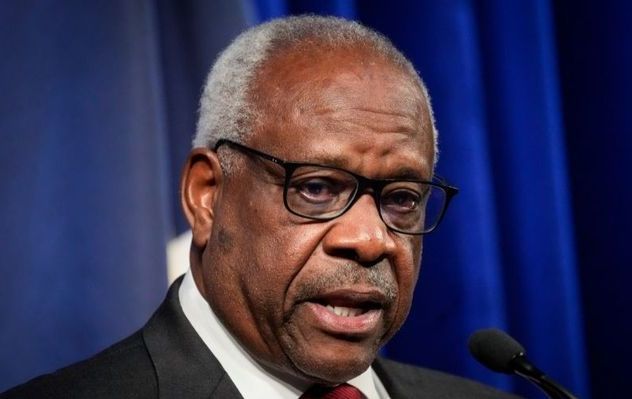 Over 230 years old, it is now absurd that in modern society the United States judges believe the Constitution can dictate how society lives.

In the thousand years of the Roman Empire, the Augurs were among the most powerful people. Their job was to predict the future and to tell the population what they should be doing in light of their findings.

How did they predict that future? They examined the entrails of dead birds and studied the flight of other birds in order to come up with their conclusions.

We now have modern-day Augurs. They are called members of the United States Supreme Court.

They too study the words of dead men, in their case the leaders who created the US Constitution in 1787 in Philadelphia.

According to the Republican-appointed majority on the Supreme Court, abortion must be blocked because these dead men never talked about it or put a provision for it in the Constitution.

Also not in the Constitution is any mention of women, slavery, and the fact that one Black person used to be worth only three-fifths of a white person when it came to voting.

The notion that one can read a centuries-old document and decipher what is in it, and what it says about today’s world, is absurd.

But many Republicans believe this is so. Called originalists, they dominate the Supreme Court as we sadly saw in last week’s Roe v Wade ruling.

In their judgment, there is nothing to be said other than what is in the Constitution. Like the Augurs, they examine each detail and make their pronouncements with judgments that affect millions of Americans.

Last week, one of their rulings will allow millions of Americans to carry weapons without question, while the Roe decision took away the constitutional right to an abortion.

In their wisdom, the Supreme Court justices have made America a more dangerous place. Anyone can carry a gun outside their home now. And women in states like Texas and Kentucky no longer have control over their own bodies.

In recent times, Ireland created the perfect example of what happens when a woman needs an abortion, but the law says otherwise. The 2012 case of Savita Halappanavar involved a young Indian woman living in Galway who had a difficult pregnancy. Doctors told he she couldn’t get an abortion because of Irish law which stated that as long as a fetus’s heartbeat was present, the procedure wasn’t permissible.

Savita died as a result of their judgment which created the firestorm that legalized abortion in Ireland in 2018.

If you go back, say, 30 years and said that Ireland would allow abortion, and some American states would not, you’d be called crazy.

The fact is that not only abortion but the banning of contraceptives and gay marriage is also on the Supreme Court hit list, according to Justice Clarence Thomas himself.

What kind of country are we living in that this sort of nonsense can be tolerated, based on the interpretation of a document that was fine for its time but is now hopelessly outdated.

The Roe reaction across the US gives hope that, finally, the dangerous decisions of the Supreme Court are making an impact.

The extreme policies of Republicans are suddenly in view for everyone. We await the first case of a pregnant woman not allowed to have an abortion who suffers dire consequences as a result.

Whoever thinks that a young girl should be forced to carry the fetus of a rapist, or a relative, has really lost touch with reality. Yet there are many such crimes every year.

The status of women in America is now clearly second class. Their concerns and issues have been buried by this unbelievably outdated edict from the Supreme Court.

We can only hope that Democratic voters will turn out in large numbers in November to retain the majority in the Senate and the House. Should that happen, lawmakers must bring about a codification of Roe v Wade in federal law.