An Irish academic looks at the cruel lessons Ireland, which had one of the most restrictive abortion laws, can teach the United States. 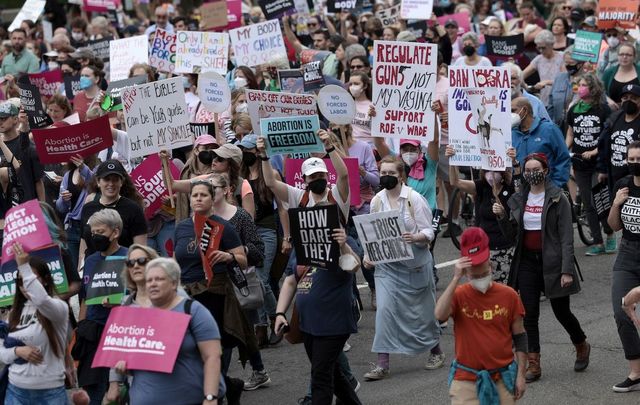 Roe v Wade: Abortion-rights demonstrators walk down Constitution Avenue during the Bans Off Our Bodies march on May 14, 2022 in Washington, DC. Getty

Editor's Note: Today, June 24, the US Supreme Court officially overturned the 1973 Roe v Wade decision, which had established the constitutional right to abortion in the country. As a result, abortion access will now be determined on a state-by-state basis, with more than half of the states poised to restrict or completely ban abortions.

In May, after an unprecedented leak signaled that the Supreme Court was moving to overturn Roe v Wade, Dr. Lorraine Grimes, a Postdoctoral Researcher at the Social Science Institute, Maynooth University, Ireland, penned the following column for IrishCentral. We share it here again today in the wake of today's changes.

With access to abortions in the United States curtailed, Dr. Lorraine Grimes retells just some of the tragedies to befall Irish women over the decades and calls on lawmakers to consider international best practices and women's lives.

As uncertainty arises in the US over the stability of the Roe v Wade ruling on the right to privacy and the right to abortion, it is important to reflect on international lessons learned. Prior to 2019, Ireland had one of the most restrictive abortion laws in the world. This constitutional ban cost women in Ireland their dignity, their health, and sometimes their lives.

In 1983, Shelia Hodgers a breast cancer patient became pregnant. On learning of her pregnancy, the hospital immediately stopped her medication. Shelia developed a tumor and asked for her cancer treatment to resume. She was refused and was forced to continue the pregnancy. Shelia died shortly after childbirth on 16 March 1983.

In July 2010, Michelle Harte became pregnant whilst receiving treatment for cancer. Although her doctors had advised her to terminate the pregnancy because of the risk to her health, the hospital refused to authorize an abortion. Amanda was forced to travel to the United Kingdom while she was extremely unwell. She died from cancer in November 2011.

In 2012, Savita Hallappanavar a woman with a wanted pregnancy was refused a termination during an inevitable miscarriage. After nearly one week of miscarrying in hospital, Savita died of septicemia. Decisions not to treat women during pregnancy have led to death. Doctors do not know when a threat to health or life is "risky enough" to intervene. That decision is in the hands of legislators rather than medical professionals and the woman’s decision is completely ostracised. 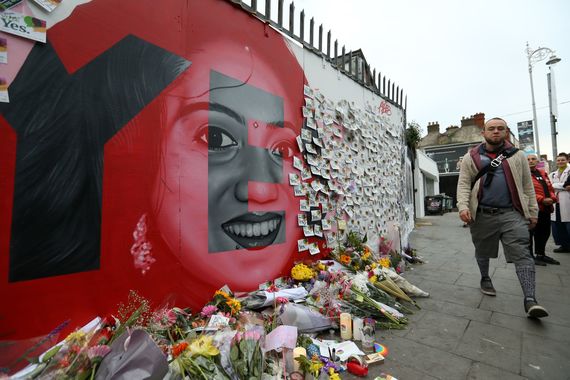 A memorial to Savita Hallappanavar in Ireland.

Denying abortion contradicts women’s consent during pregnancy. Minors and migrant women are particularly vulnerable when it comes to autonomy. In 2014, "Miss Y" who was seeking asylum in Ireland, was suicidal after becoming pregnant by rape. She was denied an abortion and did not have the legal papers to travel. "Miss Y" attempted to leave the country but was arrested. She was detained against her will in a psychiatric institution. "Miss Y" went on hunger strike in the institution and was subject to force-feeding and forced hydration.  She had no choice but to continue the pregnancy and give birth by cesarean section. Her health significantly deteriorated after the birth and she was sent to a Direct Provision Centre.

In 2007, Amy Dunne, a 17-year-old with an anencephalic pregnancy, was refused an abortion. She was told she would be arrested if she attempted to leave the country for an abortion. The Passport Office was informed not to grant her a passport.

In 2016, a pregnant minor was forcefully detained in a psychiatric institution against her will because she wanted to seek an abortion. A survivor of rape, she had to go before the high court to prove that she was "suicidal enough" to be granted an abortion.

Denying abortion contradicts the right to dignity and privacy for the woman and her family. In 2014, "Miss P", who was clinically brain dead, was being kept on a life support machine by the hospital. The family was fully opposed to this treatment and were forced to go to court Christmas week to have her life support machine turned off. Their daughter, sister, mother was reduced to an incubator for her unborn child.

After being diagnosed with a fatal fetal condition, Amanda Mellet had no choice but to continue the pregnancy until it died in utero or shortly after birth. Her only other choice was to travel abroad for an abortion. In 2016, the UN Human Rights Committee concluded that the Irish State had subjected Amanda Mellet to cruel, inhumane, and degrading treatment and violated her right to privacy.

*Dr. Lorraine Grimes is a Postdoctoral Researcher at the Social Science Institute, Maynooth University, Ireland. Her research specializes in women's rights and reproductive healthcare in Ireland.

Barry Keoghan and Alyson Sandro are expecting their first baby