After this coronavirus pandemic, China must be held accountable 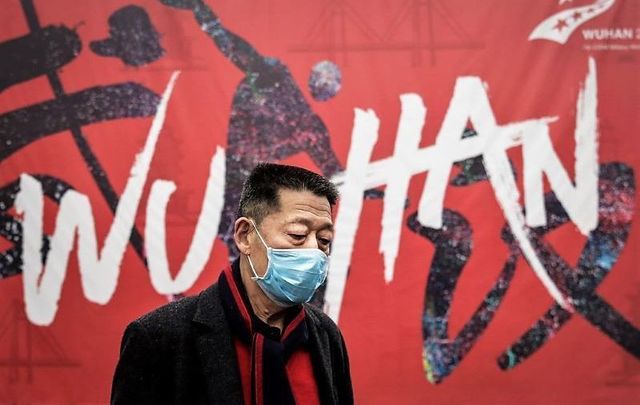 The Easter weekend in Ireland is a bank holiday here which means everyone has the Monday off.  It's like the first glimpse of the coming summer and people tend to go a bit mad, making the most of the long weekend with outdoor activities, trips to the coast, barbeques, parties and the like.

But as you know these are not normal times and none of this happened over the weekend just gone. We've just had an Easter in Ireland like no other.

The country is still on lockdown and last week that was extended for another three weeks to May 5. We're now averaging 20-30 deaths a day and well over 500 new cases of coronavirus a day. As testing is ramped up that is likely to increase.

Last weekend in a special Easter message, Taoiseach Leo Varadkar said Ireland will face some of its darkest days in the weeks ahead, with the peak expected at the end of the month.  The number of hospitalizations and, sadly, the number of deaths will continue to rise, he said.

"So we cannot lose focus. We cannot lessen our efforts. In fact, we need to redouble them for the next few weeks,” he added.

Your actions are making a difference. The spread of the virus is slowing. It’s more important than ever that we persevere. Taking what we have learned we will build a better society at the end of this — a great society for a great people. Happy Easter. pic.twitter.com/elLd4XKc9O

Over the weekend most people complied with the lockdown restrictions that demand you stay at home apart from necessary trips for food or medicine or once a day exercise within two kilometers of your house or apartment.  Most people get it. And those that still don't take it seriously now have to deal with the new powers the gardai have which allows them to fine or arrest people for refusing to obey the rules.

Over the weekend, the gardai had dozens of checkpoints on all the major roads around the country and were turning back people trying to get out of the cities to head for holiday homes around the coast. Beaches, playgrounds, mountain trails, and woodland walks all remained closed. People complaining to gardai that they just wanted to get out were reminded that although exercise is allowed it must be within two kilometers of home.

Saturday was a gloriously sunny day and the restrictions were hard to bear. The gardai had a difficult job to stop people congregating in parks and elsewhere. But it became a bit easier on Sunday and Monday because the weather broke and we were back to the reliable Irish rain.

After the first two weeks of lockdown, the extension for another three weeks up to May 5 is going to test the Irish public like never before. And nobody believes it's going to end then.

For young families, particularly those who live in apartments or houses with little or no outside space, it's a nightmare. Keeping the public on board as lockdown fatigue sets in will be a major challenge.

Our hospitals are still coping although there is increasing pressure in ICUs. The ICU in the Mater (one of Dublin's main hospitals) was at capacity at one point last week.

We also have ongoing shortages of PPE, especially for staff in care homes for the elderly, but this does not appear to be as severe a problem as in New York and other places in the US. A very high number of our care homes have become infected, and many of the deaths here have been among vulnerable old people (the median age of all deaths here appears to be in the high 70s/early 80s).

Already the economic impact here of the pandemic is mounting.  Some economists have predicted that it will surpass the situation we faced a decade ago after the financial crash when we went bust and had to be rescued by the IMF.

It's too early to say exactly how big the impact will be but it seems clear that all the progress of recent years is being wiped out, in terms of employment and the state finances.

The amount of money -- billions of euro -- the government is spending supporting workers who have lost their jobs, businesses that have closed and the huge health costs involved in dealing with the virus are enormous, just as they are in the U.S.

The size of the eventual bill will depend on how long this goes on and how much permanent damage is done, both unknown at this point.

It seems certain it will be tens of billions, possibly more than the €64 billion it cost us to bail out our banks after the crash, and it could even be a lot more than that. This has prompted fears that when we overcome this we could be heading into another period of austerity with everything being slashed because the state owes so much.

Last weekend, Varadkar insisted in an interview that this will not happen, saying that the last thing we will need to build a recovery is to cut state spending or increase taxes. Instead, he said, the focus will have to be on supporting businesses and workers.

That sounds good, but it may be aimed more at current talks to form a new government here rather than a realistic assessment of the future for our economy, how stretched the state finances will be and how much we will be able to borrow. We all remember the grim austerity years here. There can be no guarantee that they won't return, especially if the U.S. and the rest of the world are sunk in a deep recession.

Thinking about how Ireland can put its economy back together again after all this is over may seem premature. We need to get through the crisis first with as few lives lost as possible. But it's something that countries around the world are already thinking about, and rebuilding economies will be essential if we are to avoid a global recession that could last for years.

What is clear is that there will be enormous coronavirus bills to be paid, since countries everywhere, like Ireland, are going into huge debt to try to cope with the shutdown.

With that in mind, a vital task lies ahead for the United Nations, the most important it has ever had to face. When the global pandemic begins to slow and the world begins to catch its breath again the UN must act.

On behalf of all its member countries around the world, it must lay the blame for this global catastrophe where it belongs, on China. The evidence is clear and incontrovertible, but it needs to be set out by the UN in all its shameful detail.
Once that is done, the UN must then demand reparation from China for all the suffering and deaths around the world and for the wrecked economies everywhere, the cost of which will run into many, many trillions of dollars.

Of course, China will resist this. For weeks now it has been attempting to rewrite the narrative of what happened, to avoid blame.

Getting the corrupt, self-serving Chinese Communist Party to come clean and beg the word's forgiveness will be difficult. Getting them to pay up as well as own up will be even harder, perhaps impossible. But it must be tried because the rest of the world needs justice.

The scale of what China is responsible for is almost beyond comprehension.  The virus outbreak clearly was accidental and the failure to prevent it was the result of incompetence and indifference rather than malevolence.

But that is no defense and does not let China off the hook. The pandemic they have caused has put the world's population in jeopardy and is likely to costs millions of lives before it is over.

It will be up to the UN to publicly shame China before the rest of the world and to demand reparation, even if that cannot be enforced. If China won't either admit its culpability or offer as much reparation as possible for this global catastrophe then it must be expelled from the world body.

It has brought the world to its knees. If it won't take responsibility then it does not deserve to be part of the body which represents civilization.

Before any of that takes place, however, there is an important first step. The UN, through the World Health Organization, must insist that all countries around the world accept new global standards for food markets and what is fit for human consumption. This must be backed up by permanent inspection, with WHO inspectors guaranteed access in all countries at all times without needing advance permission.

Making this a global approach would avoid the Chinese claiming discrimination. But we all know the first priority would be to close down the disgusting and dangerous wildlife food markets in China where not only this virus originated but also the deadly Sars virus in 2003.  Since China cannot be trusted, the rest of the world has the right to act to protect its populations.

Such a regime would also be an opportunity for the WHO to rebuild its reputation after its poor performance in relation to COVID-19. For over two months after the virus emerged, the WHO continued to swallow the Chinee lies and cover-up when they should have been demanding access to verify for themselves what was going on. That failure has cost us all. It must never be allowed to happen again.

It might seem fanciful to think that the UN could do this.  But if all its member states demand it, why not? If it can't act when the lives of millions of people have been put at risk, what's the point in having the UN?