Easter holiday weekend's Operation Fanacht has been deemed a success by An Garda Síochána. 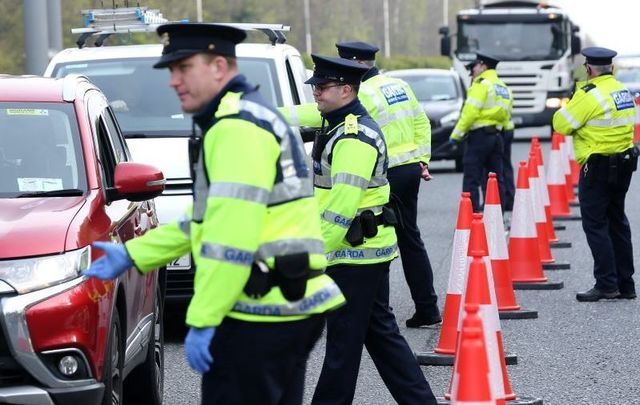 Operation Fanacht has been deemed a success by An Garda Síochána. RollingNews.ie

An Garda Síochána, Ireland's police service, has deemed its Operation Fanacht a success after only seven arrests were made over the Easter period.

The nationwide operation was launched last week as new legislation was signed into law granting Gardai new powers to enforce the coronavirus restrictions set forth by the Irish government. While the new powers were initially set to expire on April 12, they were extended on April 10 through November.

Currently, in Ireland, people must remain at home with few exceptions. People are permitted to leave their homes for exercise, but must remain in a 2km distance from their residence. Ahead of the holiday weekend, authorities warned people to not travel to holiday homes or extended family.

On April 14, An Garda Síochána issued a statement regarding the completion of Operation Fanacht: “In supporting the COVID-19 public health guidelines, An Garda Síochána has adopted a graduated policing response based on its tradition of policing by consent. This has seen Garda members engage, educate, encourage and, as a last resort, enforce.

An Garda Síochána Update on Success of Operation Fanacht In supporting the COVID-19 public health guidelines, An Garda...

“This approach continued during Operation Fanacht. This was a major operation to ensure public compliance with the travel restrictions introduced recently as part of COVID-19 public health guidelines. The Operation ran from Wednesday, April 8 at 12 noon until Monday night, April 13.

“Every day of Operation Fanacht, An Garda Síochána conducted 150 permanent checkpoints on major routes, over 500 shorter and mobile checkpoints, as well as a large number of high visibility patrols at tourist locations, natural beauty spots, and parks and beaches.

“During this time, Garda members interacted with hundreds of thousands of people. The vast majority were adhering to the public health guidelines.

“In a small number of cases, despite receiving a number of warnings, some individuals did not adhere to the guidelines and the regulations were used under the Health Act 1947- Section 31A- Temporary Restrictions (Covid 19) Regulations 2020 in seven cases.

“As per Garda policy in relation to the regulations, in all cases where arrests were made under the regulations, Garda members will consult with the Director of Public Prosecutions on the decision to charge individuals.

“In addition, there were 144 COVID-19 related incidents that started as potential breaches of the regulations, but during the incidents, other offences were disclosed. As such, long-standing legislation for offences such as public order, assault, road traffic, and drugs was used instead. This included incidents involving house / street parties, gatherings beyond the family unit, and non-essential travel.

"Regrettably, there was a small minority who did not adhere to the guidelines or other legislation and Garda members had no option but to use the regulations or other legislation. This demonstrates the need for the regulations not only from an enforcement point of view, but also to support those who are willingly living their lives in line with the public health guidelines,” added Commissioner Harris.

“Operation Fanacht also had the consequence of improving road safety and there were a number of detections across the weekend in areas such as speeding and drug/drink driving.”

Read More: Ireland extends its coronavirus restrictions through May 5