Ireland extends its coronavirus restrictions through May 5

Taoiseach Leo Varadkar said today, April 10, that Ireland cannot "be complacent." Restrictions will remain in place until Tuesday, May 5. 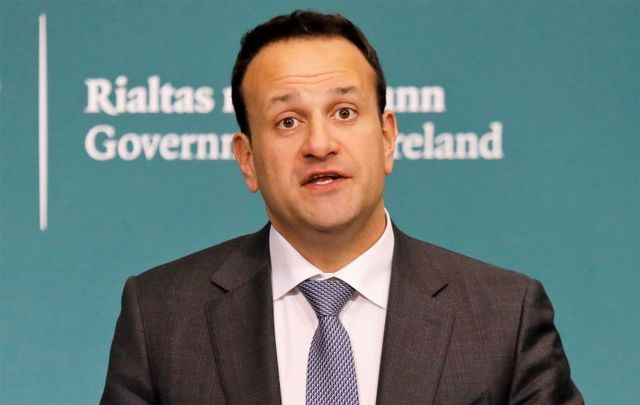 Taoiseach Leo Varadkar announced the extension of shutdowns and restrictions through Tuesday, May 5. RollingNews.ie

"We cannot be complacent," Taoiseach Leo Varadkar said in a public address

Ireland will extend its restrictions in the light of coronavirus for an additional three weeks until Tuesday, May 5, Taoiseach Leo Varadkar announced today.

During a live televised address, Varadkar said: “Today the expert recommendation is to extend them [current restrictions] for a further three weeks until Tuesday, 5 May. The government has accepted this recommendation.

"I know many of us would like to know when things will go back to normal, and life will be as it was. We are working towards that time. We’re planning carefully so that we get there safely,”

The current restrictions, which were announced on March 27, were set to expire on Sunday, April 12, Easter Sunday.

Earlier in his address, the Taoiseach thanked the Irish people for their hard work in adhering to restrictions and acknowledged how difficult and frustrating they are.

"Today’s message is that we cannot be complacent and we cannot lose focus," Varadkar said.

Taoiseach Leo Varadkar says ‘we have to keep going’ and ‘persevere’, announcing that restrictions will be extended for three weeks until 5 May | Follow live updates: https://t.co/rBeqjRqKQu pic.twitter.com/uMJRcyXekx

Later, Varadkar said: “It is, of course, our fervent hope that after that [May 5], we will be able to unwind restrictions, but I cannot guarantee that,” adding that it depends on how people “respond to the call” of restrictions.

Taoiseach Leo Varadkar ‘cannot guarantee’ that restrictions will be lifted after 5 May, and they 'won’t be eased in one go' - they will have to be eased bit by bit. | Follow live updates: https://t.co/rBeqjRImf4 pic.twitter.com/qJ0nMowWQs

Simon Harris, Ireland’s Minister for Health, said great progress has been made thanks to social distancing and isolation. Contact tracing has gone from about 20 contacts to two, and the daily rate of infection has shrunk from 33 percent to less than 10 percent.

Additionally, Harris said that "just a couple of weeks a person who got the virus typically infected about four others. First, we as a people, all of us together, got that down to 2.5. Last night as we learned from our scientific experts, it is now approaching one."

"Doctors can save hundreds of lives during this pandemic, but you can save thousands. You've done so much in just two weeks, and we know it is hard, but we can do this."

"We have to keep at it," Harris said.

Daily growth of the virus is now below 10%, says Health Minister Simon Harris. ‘There’s so much we still don’t know about this virus,’ he says. | Follow live updates: https://t.co/rBeqjRImf4 pic.twitter.com/biRpWgCCvr

Later, Minister Harris said that he intends to extend the powers that gardai have to help enforce restrictions. Taoiseach Varadkar, however, said that he does not want Ireland to turn into a "police state" and that he only wants to see Garda use such powers sparingly.

Read More: President of Ireland offers words of compassion, hope ahead of Easter

Schools will remain closed until further notice, says Education Minister Joe McHugh. Junior Cert will be replaced by school-based exams in the next school year. Leaving Cert will be postponed to begin in late July or early August. | Follow live updates: https://t.co/rBeqjRImf4 pic.twitter.com/Ye6HsdkEXt

The following adjustments have been made in light of health advice:

Minister McHugh said: “The final arrangements for the exams, the exam centres, social distancing, and other measures will all be determined by the State Examinations Commission (SEC) on foot of public health advice in June.

Minister McHugh also said: “Students with special educational needs will be fully supported in sitting the rescheduled Leaving Certificate examinations in line with the reasonable accommodations as already arranged for them.”

Minister McHugh said the intention was to allow at least two weeks of class time, in school, before the Leaving Certificate examinations begin.

“Great work is being done by schools and teachers to connect with students and to keep them learning. We must give teachers, principals and school staff huge credit for their commitment to supporting students, in their schoolwork and in their wellbeing. And we want to provide students and teachers with an opportunity to build on that,” the Minister said.

As part of the changes to the Junior Cycle, discussions will take place with teacher unions and school management to allow these examinations, linked Classroom-Based Assessments, Assessment Tasks and project work to be completed as school-based assessments early in the next school year.

The admissions process for higher education, managed by the Central Applications Office (CAO), will operate as closely as possible to the usual timeframe for offers and the entry date for first-year students will be delayed.