When you get your shot at the shot, take it

The vaccine issue has become "crazy" in Ireland and the US. 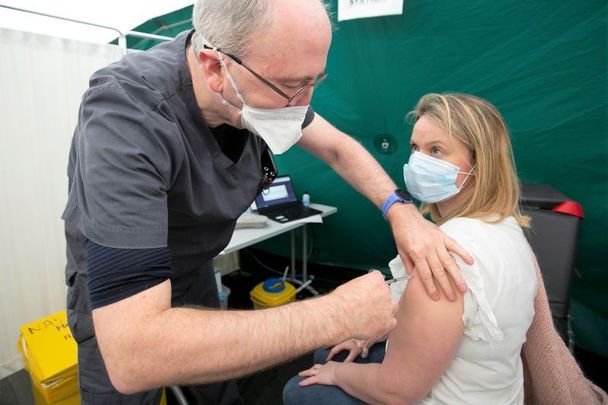 Irish police have decided to arrest citizens who fly to Tenerife for dental surgery.

The commissioner of the force, Drew Harris, made the announcement on the Late Late Show, the most popular program on Irish television.

Tenerife dentists have received a flood of dental appointment requests from Irish citizens. But the overwhelmed dental profession on the island has had enough as the Irish don’t keep their appointments apparently. One dentist has even forwarded the names of Irish dental surgery seekers.

“The last two weeks have been crazy. They were calling constantly and sending emails,” receptionist Roberta Beccaris said. “The only problem is that they don’t turn up.”

Harris said people traveling to Tenerife for a dental appointment risked criminal prosecution. He said the police don’t regard a dentist appointment in Tenerife as being “reasonable.”

Tenerife is the largest of the Canary Islands, 2,743 miles from Dublin. It's off the coast of West Africa and ruled by Spain. Algeria and Mali are the closest nearby countries with Libya not too far away.

The answer is no, it seems. Paddy the upper-class Irishman is at it again trying to circumvent rules.

Ireland is in lockdown because of Covid-19 and the delay, courtesy of the European Union, of the deliveries of vaccines. This week Ireland will finally have enough to begin inoculating the over-85s -- yes, you read that right.

Meanwhile, Paddy Lockdown wants his annual posh winter holiday in Tenerife to which he feels entitled to every year. But he can’t legally go unless there is a valid and urgent reason.

It seems tooth pulling is one of those exemptions. So, Paddy Lockdown has sought to beat the system by ordering up urgent dental work in Tenerife even though he has no intention of keeping the appointment.

It is a sign of how crazy the vaccine issue has become in Ireland.

There was a huge donnybrook over whether Taoiseach Micheál Martin, the leader of the country, should get the vaccine, especially as he was possibly meeting President Joe Biden around St. Patrick’s Day in Washington, D.C., though that now will not happen.

Of course, the leader of the country should get the vaccine, as should all members of the cabinet. The New York City Health Commissioner Dave A. Chokshi, who unfortunately announced recently that he tested positive for Covid-19, refused to take the shot, a sobering example of what damage can be done by misplaced idealism.

Chokshi explained why he didn't get the shot. "For my own case, I haven't felt quite right about getting vaccinated while we still have such limited supply, particularly when so many more vulnerable people needed to get vaccinated themselves,” he said.

That's plain foolish thinking. At this critical time, the New York City health commissioner is out of action when he is most needed.

His gesture may have been noble but it has cost the city he loves his skills at a vital moment. Also, there is no guarantee at all that the person who gets the shot reserved for Chokshi is from one of the groups most in need.

Fact is that Martin is needed to head up the Irish fight against Covid and take charge as he was elected to do, and has no business not getting the shot.

Of the countries ahead in the vaccine race, Israel and Britain stand out. They just went ahead and got shots into arms as quickly as possible while the European Union and Ireland, the U.S., and other locations got hopelessly entangled in red tape.

The example is clear. The best advice is when you get your shot at the shot -- take it.