With her distinct Irish accent in tow, Mary Walsh chatted with a Boston reporter while going for her vaccination on February 2. 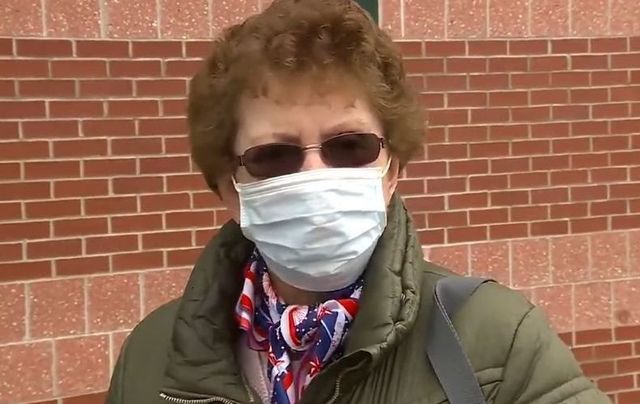 Mary Walsh, a native of Connemara and proud mother of Mayor Marty Walsh, chatted with ABC news outlet WCVB while in line for her vaccine at the Reggie Lewis Center in Roxbury on February 2.

The opening of the mass vaccination site, the second in Boston, was delayed due to the recent Nor'easter snowstorm that struck Boston in recent days, but Irish woman Mary Walsh was among the first in line to receive her jab on Tuesday.

While it took a moment for him to make the connection, WCVB reporter David Bienick couldn’t believe his luck when he happened upon Walsh, who was wearing a face mask and a red, white, and blue scarf.

Among the first people in line today at the #vaccination clinic at the Reggie Lewis Ctr in #Boston was Mary Walsh, whose son is about to start a new job. "He comes to see my all the time," she says. @marty_walsh #wcvb pic.twitter.com/Ojer2JDMuX

When Bienick asked for her name, she replies in a distinct Irish accent, “Mary, Mary Walsh.”

“Any relation to the Mayor?,” Bienick asks.

Walsh said her son knew that she was going to be receiving her vaccine today.

“Has he been encouraging you?”

Walsh said she gets to see her son “all the time,” and Bienick later shared on Twitter a picture of the two maintaining social distancing during a visit last summer:

Here's a picture Mayor @marty_walsh shared last summer of one of his visits with his mom in Dorchester. Today Mary Walsh got her first #coronavirus #vaccine shot in #Boston . #wcvb https://t.co/Y97iriWQ23 pic.twitter.com/d3U5JXGD4V

Walsh got a shout-out on Twitter from Donie O’Sullivan, the CNN reporter from Co Kerry who has been enjoying a newfound Irish fanbase in recent weeks.

Both of Mayor Marty Walsh's parents hail from Connemara in the West of Ireland. They left Ireland in the 1950s and settled in Boston, where they met, married, and raised their two children.

Marty Walsh has been serving as the Mayor of Boston since 2014, the same year he was named the Irish American of the Year by IrishCentral's sister publication, Irish America Magazine.

In 2018, he became the first person to receive the Freedom of Galway Award in Ireland. At the time, he told IrishCentral: "The people I represent live in the city of Boston, but I also feel I represent the people of Connemara and I am proud of that."

In January, it was announced that President Joe Biden had selected Mayor Walsh as his nomination for the next US Secretary of Labor. At the press briefing for the nomination, Biden joked that the only downside to his “good friend and stand-up guy” Marty Walsh was that his family is from Galway, not from Mayo like his ancestors.