Trump back in White House by August and "traitor" General Flynn to lead the coup?

Trump's belief that he's heading back for the White House this summer is being bolstered by Michael Flynn and Sidney Powell. 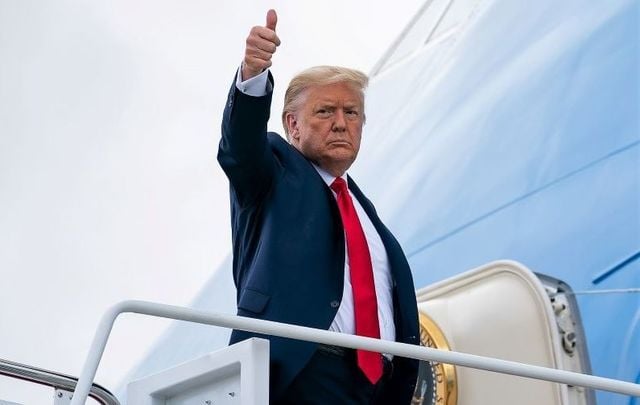 Donald Trump expects to be back in the White House by August, he has been telling associates, according to Trump whisperer Maggie Haberman of The New York Times.

No doubt the only way to achieve that is by a military coup, and it looks like Trump has just the man for the job in General Micheal Flynn, his former crackpot National Security Advisor who told a QAnon conference at the weekend that a coup "should happen here" in the US.

He was called a "traitor" by fellow Irish American Congressman Brendan Boyle, who rarely minces his words, for such a statement.

Flynn was once a respected line officer who served in the White House himself but lately, he has been drinking the Kool-Aid and believing the outrageous QAnon theories and in some cases fomenting them.

There is suspicion that he already has urged a military coup. During the dying days of the Trump administration, Flynn was one of a small group of Trump never enders (which included the pillow guy) to plot a possible takeover of the government.

Flynn told the media that martial law had been discussed and so was forcing a rerun of the election.

Most people took that as the dying kick of a failed and increasingly unhinged administration but now Flynn is chanting the same song again.

He told the QAnon conference that he agreed with a speaker who called for a military-type coup similar to that in Myanmar where a bloody army takeover stopped elections from going forward.

As The Times reports, the Irish American former general suggested that “a military coup was needed in the United States during a Memorial Day weekend conference organized by adherents of the QAnon conspiracy theory, drawing criticism from political scientists, veterans, Democrats and a handful of prominent Republicans.”

Congressman Brendan Boyle of Pennsylvania hit back. "Flynn is a traitor," he tweeted to many likes from followers.

Michael Flynn is a traitor to the United States.

Trump himself is believing the crackpot theory by disgraced and deluded lawyer Sidney Powell that Trump can, by August 17th, be ready to goose-step back to power.

Powell is such a holy show that even pantomime villains cannot match her for pure madness. Yet she seems to have the former president believing her. Nothing, it seems, is absurd or sacred anymore. Do we wake or dream?