The Washington Post obtained a tape revealing Donald Trump still trying to steal the 2020 election.It shows just how much a danger to democracy he remains, 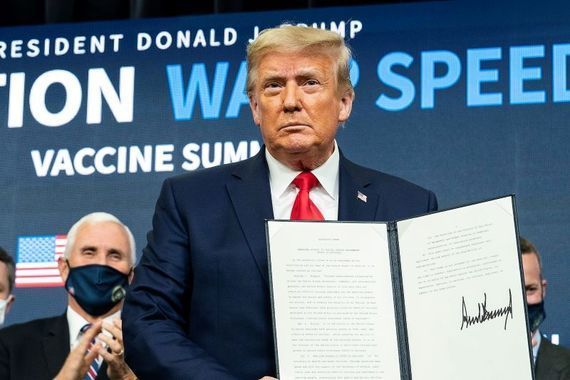 President Donald Trump still believes that he won the state of Georgia in the 2020 presidential election. White House Flickr/Public Domain

“We have fed the heart with fantasy

The heart’s grown brutal from the fare" - W.B. Yeats

If you want to gauge how deep into self-deception and unreality Donald Trump has careened you need to understand that Trump would pass a lie detector if asked did he truly believe the above quote.

This is despite the fact that 60 different courts, including several judges he personally appointed, have dismissed all his allegations including that there was any fraud in Georgia.

He has simply lost contact with reality and like Humpty Dumpty in “Alice in Wonderland”  he believes words and facts mean whatever he wants them to mean. He still believes he can steal the 2020 election.

He has corralled a group of advisors who partake in his fevered fantasy that he won the presidential race, did not lose by seven million votes, and will not be leaving the White House on January 20th.

How dangerous are his fantasies? On Sunday ten former Secretaries of Defence, drawn from both parties, have asked the military to not intervene, sending a clear signal that an attempt at martial law may be looming.

He really believes he is the victim of the media, the deep state, the judiciary, the Democrats, the Republican election officials, who all acted in concert to defeat him state-to-state in a grand conspiracy.  Worse, he has fermented discord and division across the country with his delusions forming some kind of “lost cause” mentality on the part of his supporters. Many of them, especially the fascist “Proud Boys”, edge closer to violence with every inflammatory speech Trump makes.

We live in dangerous times until January 20th, when at last he exits stage right, his shambolic presidency set for the dustbin of history as probably the worst ever.

But he certainly carries a big stick, at least for the next few weeks. Tens of millions blithely believe the narrative about his “victory” he has hatched like a Brothers Grimm fantasy tale.

He lost Georgia by 11,779 votes, a narrow squeak of a victory but a definite first past the post for Joe Biden. In his head Trump is certain in his alternative reality that figure should be altered to count several hundred thousand phantom votes declared for him.

The result in Georgia has been recounted three times in total by hand and machine and all signatured ballots have been checked for verification. The winning total in every case has not been altered by more than a few votes.

With sixteen days to go to the inauguration of Joe Biden, his opponent has revealed the full force of his delusional mind and this time it is all on tape. We will never know how close we came to effective dictatorship during the Trump era, certainly, if he had obtained a second term there is no doubt we would have had Mussolini on the Potomac.

Thank goodness for good and true men like Brad Rafensperger, a real Republican in every sense. We have learned to our cost democracy can become a flickering flame and it needs remarkable men and women to fan the flame back to Life. Brad Rafsenberger is one such man.